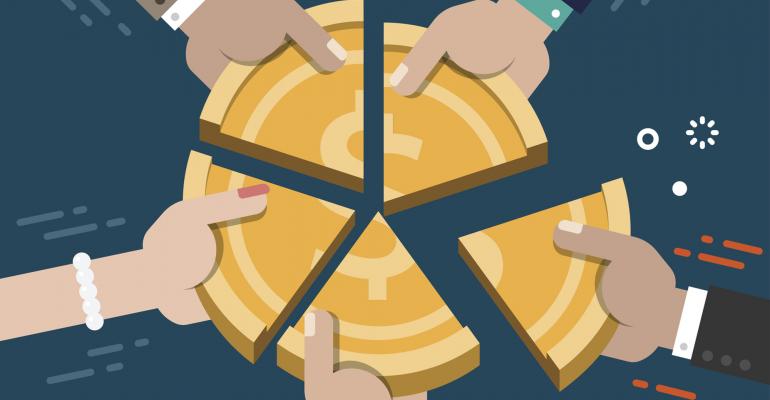 But what does "equal" really mean when it comes to divvying up an estate?

A recent article in the “Social Qs” column of The New York Times, “Can I Tell My Parents That Their Estate Plan Hurts My Feelings,” underscores the difficulty of dividing up an estate among children, especially when how it’s divided can be viewed as benefiting one child over another. The column described parents with two adult children, one single and one married with children. They plan to divide their estate in two fifths: one fifth to the single daughter, one fifth to her brother and one-fifth for each of his kids. The daughter wrote to the columnist, asking if she should confront her parents, as she felt that this wasn’t a fair division, especially considering she lives near her parents and is the one they call when they need help.

The columnist, Philip Galanes, felt that the daughter could talk to her parents if she was hurt, but noted that this could be an awkward conversation and emphasized that it was their money to do with as they wished. He also thought that consideration should be given to each child’s financial situation. But from an estate planner’s perspective, an unequal inheritance may not be a good idea if the parents value family harmony.

Avi Kestenbaum, a partner at Meltzer, Lippe, Goldstein & Breitstone, LLP in Mineola, N.Y. has written and spoken on the issue of unequal inheritances. He often encounters this situation and urges his clients to reconsider for many reasons. Here’s what he had to say.

Almost every time an estate is divided unequally among the children or down the family lines is a recipe for future family friction and significant discord and jealousies. Even if one child is less financially successful or has more children than his siblings, the other children generally won’t view it as fair or equitable if that child or that child’s children receive a greater share of the estate.  After all, financial success can change over time, and much of the reason for the children’s different positions in life, be it financial or the number of children, was due to their choices and efforts. Furthermore, even if one child falls on hard luck, the parents would be better off helping that child while they’re living and not leaving that child more at their deaths, so their final communication isn’t giving more to one child than another, which would sting for eternity and feel like they loved one child more than the other. The word “child” applies to both toddlers and senior citizens, with the message that jealousies, sibling rivalries and feeling unloved by a parent, can apply at all ages.

Most of Kestenbaum’s clients split their estates evenly at death. During life, however, some clients provide a little more for the children or grandchildren who may need it. There’s no right or wrong answer here, but Kestenbaum strongly advises his clients that if they don’t split their estates evenly at death, this may the foster bitter family feuds. He advises his clients, even when giving during life, to be mindful of the issues of giving more to one child than another. Clients usually want their children to remain close to one another.

Kestenbaum notes that monies given directly to grandchildren or in trust for grandchildren are typically split evenly across the grandchildren line, even if one child has more children. That’s a little more acceptable (to the children) in his experience.

There are extenuating circumstances when Kestenbaum doesn’t necessarily advise his clients as strongly that the split must be even. Examples include: an estranged child; a child who’s been the devoted caregiver of the parent for many years; or when a wealthy child proactively tells the parent to give more to a sibling. But, even in these cases, Kestenbaum advises his clients that it’s better to give these disparate amounts when living and not in a final communication, which could really hurt and cause irreparable damage to their children’s relationships with each other.

What could the parents described in the The New York Times article have done instead? Kestenbaum says that they would have been better off giving or putting the unequal funds in trust, while they’re living. Additionally, if the parents really want to be so generous to the grandchildren, it seems more equitable if they gave 40% to each child and divided the remaining 20% among the grandchildren.  Even the son (with his inheriting children) might be upset that grandchildren will receive the same amount as children, which isn’t common.  This could also affect his relationship with his children and certainly his parental supervision over them if they have access to funds out of his control.