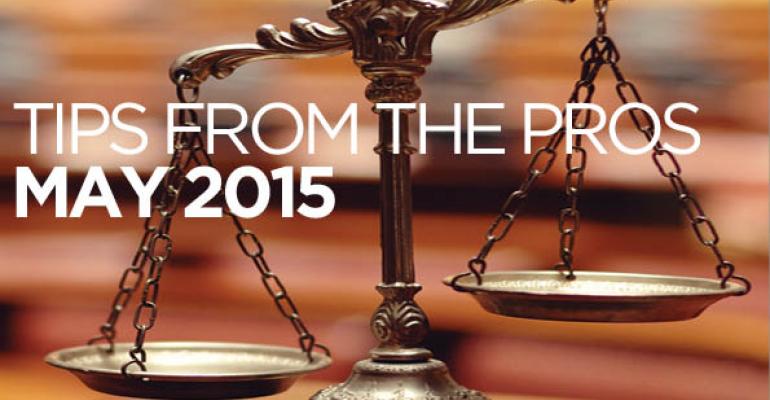 The Ultimate in Dead Hand Control—Incentive Trusts Part I

Today, many of our most sophisticated and focused estate-planning clients are concerned not only with transmitting their estates in a tax-efficient manner but also with structuring their estate plans so that the lives of their children (and, perhaps, grandchildren and more remote descendants) are truly enhanced when they become beneficiaries. With increasing frequency, estate-planning clients express the concern that, if their children are in a position to receive large sums of money, assets having substantial value or regular, sizeable distributions from trusts, they’ll be effectively deprived of the motivation to be productive and responsible citizens. Worse still, some estate-planning clients fear their children may view a large inheritance or the prospect of receiving large trust distributions as providing the opportunity and even encouragement to submit to or engage in negative tendencies and behaviors. A so-called “incentive trust” can go a long way in alleviating these trepidations.1

An incentive trust is a special type of trust, limited in scope only by the imagination of the estate planner and the client, which is designed to address the client’s apprehensions that large inheritances and trust distributions could harm, if not ruin, his children’s lives. The terms of an incentive trust are carefully constructed to confer on the trustee the necessary discretion to make distributions to or for the benefit of the trust’s beneficiary at times and under circumstances in which such distributions would encourage or reward specific behaviors and activities that the trust’s settlor, with the help of the estate planner, has defined as positive and to withhold such distributions when they would enable or encourage the beneficiaries to engage in certain defined negative or destructive behaviors or activities.

If a parent wants to encourage a child’s academic success, a provision might be included in the governing instrument of a trust for that child that would authorize distributions for tuition, room and board, books, fees and other purposes on the child’s enrollment in an accredited, recognized and reputable secondary school, college or university and his actively pursuing a full-time course of study leading to graduation or to a diploma or degree. Such a provision could be further refined to require, as a condition to receiving certain distributions, that the child maintain or graduate with a particular grade point average. Some type of bonus for the child might be mandated in the event the child graduates or receives his degree within a specified period of years, graduates “summa cum laude” or is inducted into Phi Beta Kappa. The parent may be particularly fond of a certain educational institution or want the child to pursue a certain kind of education or degree (for example, an undergraduate major in history or law). A clause in the incentive trust’s governing instrument may direct the trustee to make specified distributions to the child if the child attends or graduates from the preferred educational institution or successfully pursues the type of education favored by the parent.

If a parent wishes to stimulate and reward productivity, an incentive trust provision could allow or direct the trustee to make certain payments to or distributions for the benefit of a child who’s employed in an occupation on a full-time basis. If the parent wishes to instill a high standard of work-related financial productivity, an incentive trust’s dispositive provisions could be structured to direct the trustee to make payments to or distributions for the child that match, on a dollar-for-dollar basis, the amount of earnings that the child receives from employment, as proven by the child’s annual Form W-2 or other appropriate documentation. A parent who’s more concerned about a child’s spending habits than the child’s sloth might prefer an incentive trust provision that requires the trustee to make distributions to the child to match the child’s annual savings, rather than his earned income.

Some parents wish to be specific in encouraging their children’s occupational choices. For example, a parent might include in incentive trust provisions a direction to the trustee to make payments to a child who joins the family business, works the family farm or starts his own business (perhaps, in this last case, directing the trustee to match seed capital infusions that the child secures from third parties). Alternatively, the parent might want his child to enter the same business or profession as did the parent or to undertake what the parent considers a socially redeeming occupation or profession, and the incentive trust can financially reward the child for so doing. If a parent wants to steer a child into a public service occupation, such as religious work, government service, work in the Peace Corps or work for a charity, the parent’s incentive trust provisions for that child could direct the trustee to provide a stream of periodic payments to the child to supplement his relatively low employment income. The trust might be structured to provide the child from time to time with funds for extra benefits that the child wouldn’t otherwise be able to afford, such as a nicer home, a new automobile or vacation travel.

If a parent wishes to promote extracurricular public service, a child’s right to receive trust distributions might be explicitly tied to the child’s being able to demonstrate to the trustee’s satisfaction that the child spends a certain number of hours each year working, without pay, for charitable organizations or doing charitable work.

A parent wanting to encourage a child’s charitable giving could include a provision in an incentive trust’s governing instrument requiring the trustee, whenever the child makes a documented contribution to a charitable organization, to make a matching distribution (subject to certain limits) out of the trust to the same organization.

A parent may desire to influence his child to make certain kinds of lifestyle choices and can design his estate plan accordingly. For example, incentive trust provisions may be structured to provide financial motivation to the beneficiary to: (1) get married; (2) get married but not before reaching a designated age; (3) marry a person who adheres to a particular religion;2 (4) have children; (5) stay married to and continue living with the other parent of his children; or (6) be a stay-at-home parent.

A parent may use an incentive trust to discourage criminal activity, excessive spending and excessively generous gifts. Trust distributions to an incentive trust beneficiary may be reduced or eliminated in cases in which the beneficiary is charged with or convicted of committing certain categories of offenses, has a lavish lifestyle that couldn’t be maintained without support from the trust or makes large gifts to individuals or charities that he couldn’t independently afford to make.

If a parent is concerned about his child’s possible predilection to abuse drugs or alcohol, an incentive trust’s distributions may be conditioned on the child’s being able to prove to the trustee, on a specified periodic basis, that the child is drug or alcohol-free. Provisions are sometimes included in incentive trusts that require beneficiaries, as a prerequisite to receiving distributions, to attend counseling sessions or to submit to periodic blood and urine tests to prove lack of drug and alcohol use. A beneficiary’s failure or refusal to submit to these tests may be stated in the incentive trust provisions to be the equivalent of failure of the test. Similar provisions could be designed to induce a beneficiary to refrain from tobacco use, excessive eating or other compulsive or addictive behavior, such as gambling.

An incentive trust provision might specifically direct withholding of distributions to or for a beneficiary during any period of time in which that beneficiary is actively participating in or under the influence of a cult.

1. This is the first of a two-part article. This part consists of an introduction to incentive trusts, an overview of the reasons for using an incentive trust and several examples of objectives that may be achieved with an incentive trust. The second part, to appear in the July 2015 issue of Trusts & Estates, will focus on the critical elements of incentive trust design.