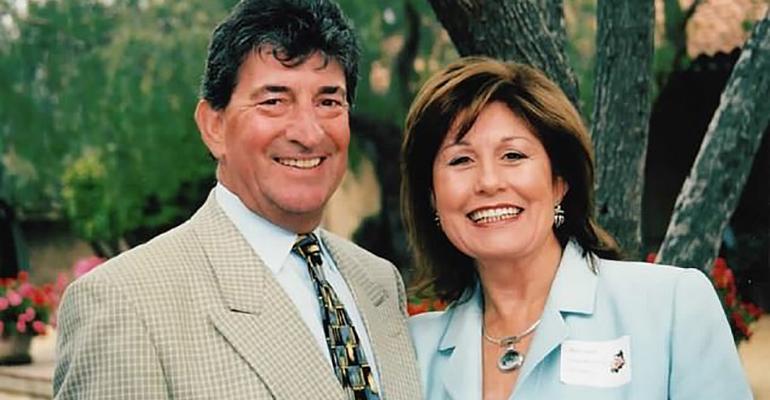 A significant decision over the pond.

Mary Jane Cowan, a California resident and the widow of the millionaire British tycoon Michael Cowan, the man who invented the bin-liner (that’s their fancy term for the good ol’ black garbage bag in case you were wondering), has prevailed in the Court of Appeal (England and Wales) to allow her to claim financial provision (the English law equivalent of spousal support) from her late husband’s estate.

Michael had left his estate in the control of will trustees with intention that ultimately it would default to a charitable foundation, but in a letter of wishes provided that the trustees were to regard Mary as the principal beneficiary. Despite this request, Mary has struggled to gain access to funds from the London-based foundation to pay living expenses and medical bills. She was surprised to find out that she wouldn’t receive such funds outright and that she was at the mercy of the trustees. Even her Santa Barbara, Calif., home was also owned by a company owned by the trust.

In November 2017, the trustees questioned some of Mary’s medical expenses, causing her to give notice that she would bring a claim for reasonable financial provision from the estate. Similar to U.S. law, U.K. law recognizes testamentary freedom. The Inheritance (Provision for Family and Dependants) Act 1975, however, allows for a spouse, civil partner, former spouse or civil partner who is not remarried/in new civil partnership, child (of any age), person treated by the deceased as a child of the family, or dependent of the deceased to apply to court for reasonable financial provision from an estate. Under the Act, claims initiated more than six months after the grant of probate require the court's permission to proceed.

Because Mary’s claim was brought outside the six-month statutory period, she required court permission to proceed. The will trustees and the trustees of the charitable foundation objected to her being allowed to bring the claim outside the statutory time frame.

The High Court denied Mary’s claim to proceed on the grounds that her claim for reasonable financial provision was bound to fail and that the delay in bringing the claim wasn’t excusable. The presiding judge, Justice Mostyn, rationalized that allowing her claim to go forward was “tantamount to saying that every widow has an entitlement to outright testamentary provision from her husband.” He also condemned the common practice of agreeing a standstill, meaning an agreement to suspend the usual limitation period for bringing a claim, which the parties had done in this case in an attempt to mediate the dispute out of court first.

The Court of Appeals overturned the High Court’s decision, dismissing Justice Mostyn’s opinion as incorrect, criticizing his failure to consider the length of the couple’s relationship (25 years), among other factors. The Court of Appeals judges also found that there was a proper explanation for the delay in bringing suit.

Paul Hewitt, partner in Withers’ trust and succession disputes team in London, who represented Mary in this case, said that “The Court of Appeal has comprehensively rejected the idea that leaving a widow at the mercy of trustees (who are on the other side of the world) is a reasonable approach.” He remarked that the “Court of Appeal’s rejection of Justice Mostyn’s opinion that a widow should be satisfied with uncertain interest sends a clear signal that the High Court was going too far.” Hewitt also added that, “the Court of Appeal has made very clear that trying to resolve claims without rushing to Court is to be encouraged.”

This decision is significant for clients on both sides of the pond, particularly in situations where the grantor failed, beforehand, to have a conversation with his beneficiaries discussing the reasoning behind how much and how they will inherit, preventing the beneficiaries from being able to voice their thoughts or concerns while the grantor is still alive.