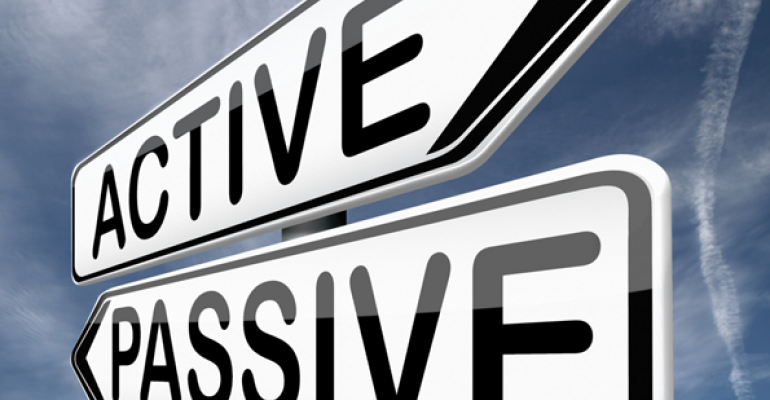 Trusts Can Materially Participate in Trade or Business

Material participation in a trade or business has long been an issue for purposes of Internal Revenue Code Section 469, which disallows passive activity losses for taxpayers who don’t “materially participate” in the business.  However, this issue has become much more significant with the introduction of a surtax under IRC Section 1411 (commonly referred to as the “Medicare Tax”), which imposes a tax of 3.8 percent on net investment income, which includes income derived from a trade or business that’s a passive activity (within the meaning of IRC Section 469) to the investor.1

The IRC and regulations provide detailed guidance for determining whether an individual materially participates in a trade or business for purposes of Section 469.2 However, there’s little guidance on what constitutes material participation with respect to a trust that owns an interest in a trade or business.3 Frank Aragona Trust v. Commissioner has been pending in the Tax Court on precisely this issue.4 The recent decision, which was published on March 27, 2014, was a big taxpayer victory that provides much needed guidance for trusts that own business interests.

With a lack of statutory and regulatory provisions on the material participation of trusts that own business interests, trustees and advisors looking for guidance in the trust context have had only a single district court case and a few Internal Revenue Service letters rulings and memoranda that are in conflict with each other.  Even the regulations recently promulgated under Section 1411 intentionally sidestepped the issue.7

Prior Case Law and Rulings

Notwithstanding the decision in Carter Trust, the IRS issued TAM 200733023 and PLR 201029014 (April 7, 2010), which provided that the sole means for a trust to establish material participation in a trade or business activity would be if the fiduciary participated in the activity on a regular, continuous and substantial basis.9 Both rulings stated that “as a general matter, the owner of a business may not look to the activities of the owner's employees to satisfy the material participation requirement” [emphasis added] and that a contrary approach “would result in an owner invariably being treated as materially participating in the trade or business activity.”

TAM 200733023 included an additional element of “special trustees” who were appointed to oversee the business activities.  The special trustees didn’t have the power to bind the trust or exercise any discretionary authority.  As a result, the TAM found that they weren’t fiduciaries for purposes of the material participation test.

The suggestion in the TAM that a trustee’s actions as an employee of the company should be distinguished from the actions as trustee, and accordingly not counted for purposes of determining material participation, if upheld, would severely limit the ability of a trust to meet the material participation threshold.  Since TAM 201317010 was issued, all eyes have been on Aragona Trust and how the Tax Court would deal with this issue.

The Aragona trust owned rental real estate property and engaged in other real estate activities. The trust had six trustees, including one independent trustee and the grantor’s five children.  The real estate operations were managed out of a wholly owned limited liability company (LLC), Holiday Enterprises, LLC, which employed three of the trustees full-time in addition to several other employees.  Some of the rental properties were majority owned by the trust with two of the trustees employed by the LLC also individually owning minority interests.

The IRS argued that the Aragona trust didn’t qualify for the exception under Section 469(c)(7) on two alternate grounds.

First, it asserted that a trust couldn’t perform personal services because that test applied only to individuals.  The IRS based its argument on the definition of personal services, which is “work performed by an individual in connection with a trade or business.”11

Alternatively, if a trust could perform personal services, then, the IRS argued, the Aragona trust didn’t materially participate in the real estate business because the actions of the trustees in their fiduciary capacity didn’t rise to the level of material participation.  To reach this conclusion, the IRS asserted that the actions of the employees of the LLC, including the trustees who were employed by the LLC, should be disregarded.  Further, the IRS argued that the actions of the two trustees with regard to the properties in which they held individual interests should be allocated to those personal interests and not the trust.

The Tax Court rejected the IRS’ first argument, finding that a trust is indeed capable of performing personal services within the meaning of Section 469(c)(7).  Specifically, the court found that if a trustee was an individual who worked in the trade or business as part of his trustee duties, that work could be considered work performed by an individual in a trade or business.  The court reasoned that Congress used the phrase “natural person” in other provisions in Section 469 and would have done so or explicitly excluded trusts if such a narrow interpretation was the intention.12

The Tax Court further agreed with the taxpayer in finding that the trust materially participated in the real estate business because the trustees were involved in the operations on a regular, continuous and substantial basis.  The court held that the activities of trustees as employees should be considered in determining whether the trust materially participated in its real estate operations.  The court reached this conclusion based on a finding that the applicable state law (Michigan) required the trustees to administer the trust solely in the interests of the trust beneficiaries and that “trustees are not relieved of their duties of loyalty to beneficiaries by conducting activities through a corporation wholly owned by the trust.”13

The court also rejected the IRS’ argument that some of the activities of those trustees who individually owned minority interests in certain rental properties should be attributed to their personal interests.   In doing so, the court noted that the interests of the trustees combined didn’t constitute a majority interest and was never greater than the trust’s interest, their interests were generally compatible with the trust’s goals because both wanted the jointly held enterprise to succeed and they were involved in managing the day-to-day operations of the trust’s real estate businesses.

The court didn’t address whether non-trustee employees should be counted, as that wasn’t a necessary element in the case.

Aragona Trust is a significant decision for several reasons. First, it’s a Tax Court opinion that provides guidance on an issue with minimal existing authority.  It’s even more meaningful because it comes at a time when the Department of Treasury is considering promulgating regulations to elaborate on what constitutes material participation for trusts.

Further, though the court didn’t deal with the issue of non-trustee employees, the guidance provided on trustee-employees should be useful to taxpayers going forward.  Here, only half of the trustees were involved in the business (not a majority or all).  Further, the trustees were paid as employees of the company in addition to their compensation as trustees, and two of the three had personal interests in some of the properties. Despite these various capacities, the Tax Court didn’t apportion the activities of the trustees, suggesting that so long as a trustee’s fiduciary hat is still on, the trustee’s activities could count towards material participation.

Perhaps most importantly, Aragona Trust contradicts the hard-line stance taken by the IRS in TAM 201317010, which makes this case a significant taxpayer victory.  Of course, it’s possible that the IRS could appeal or issue a non-acquiescence to the decision.  The reaction will be an indicator of how the IRS is going to approach this issue in the future.  Given the broad impact of the new Medicare Tax, trust material participation is an area that’s likely to evolve significantly in the near term, and this case provides much needed additional clarification on the issue.

7. The preamble to the final Regulations stated “the issue of material participation of estates and trusts is currently under study by the Treasury Department and the IRS and may be addressed in a separate guidance project issued under section 469 at a later date.” T.D. 9622 (Dec. 2, 2013).

13. In support of the quoted language, the court analogized to In re Estate of Butterfield, 341 N.W.2d at 457 (“Trustees who also happen to be directors of the corporation which is owned or controlled by the trust cannot insulate themselves from public scrutiny [i.e., duties imposed on trustees by Michigan courts] under the guise of calling themselves corporate directors who are exercising their business judgment concerning matters of corporate policy.”).