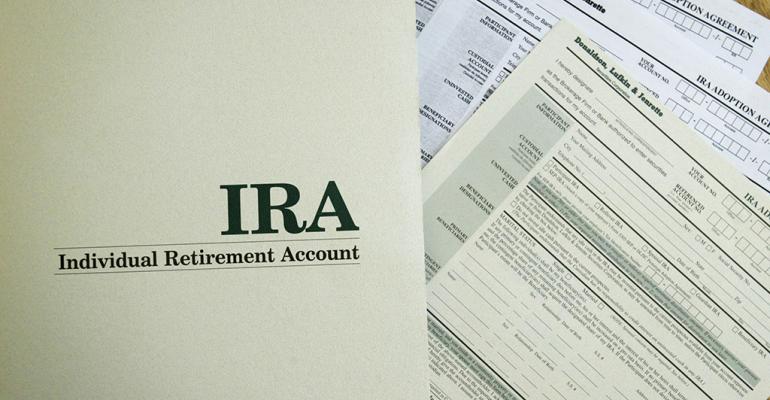 In Private Letter Ruling 201943020 (released Oct. 25, 2019), the Internal Revenue Service considered the tax implications of a trustee-to-trustee transfer between individual retirement accounts in which the transferor IRA was established by a then-deceased individual for a charitable organization’s benefit, and the charitable organization created the transferee IRA as an inherited IRA for its own benefit. The PLR serves as an example of “substance over form” analysis and further clarifies the rules concerning inherited IRAs when nonindividual beneficiaries are involved.

The taxpayer requested three rulings; namely: (1) whether the transfer IRA was an IRA under Internal Revenue Code Section 408; (2) whether the transfer IRA was a taxable trust; and (3) whether a distribution from the original IRA to the transfer IRA would be subject to federal income tax. (In truth, six rulings were requested in total, but the Internal Revenue Service declined to rule on three based on Section 6.06 of Revenue Procedure 2019-1 (providing that IRS: (1) ordinarily doesn’t issue letter rulings if ruling request doesn’t address requester’s tax status, liability or reporting obligations; and (2) won’t issue letter rulings or determinations regarding hypothetical situations or alternative plans of proposed transactions).)

In response to the first requested ruling, the IRS ruled that the transfer IRA met the requirements for qualifying as an IRA under IRC Section 408. In so ruling, the IRS reasoned that the transfer IRA was, in substance, a mere continuation of the original IRA and wasn’t, therefore, established or maintained by the taxpayer as a new IRA for taxpayer-funded contributions. With respect to the original IRA, the ruling noted that, after the decedent’s death, a beneficiary is the person for whose benefit the original IRA is maintained; hence, in practice, the beneficiary’s tax ID often becomes associated with the account to facilitate the reporting of distributions.

In response to the second request, the IRS ruled that the transfer IRA was exempt from taxation under IRC Section 408(e)(1) and, therefore, that it wasn’t a taxable trust, because the transfer IRA met Section 408’s requirements. This ruling was based on the taxpayer’s representations and the IRS’ assumptions and findings with respect to the first requested ruling (as discussed above).

In response to the third request, the IRS ruled that a direct trustee-to-trustee transfer of assets from the original IRA to the transfer IRA was a nontaxable distribution where both IRAs were maintained for the benefit of the same charitable organization (as a beneficiary of the decedent). This ruling was based on Revenue Ruling 78-406, which provided that a trustee-to-trustee funds transfer between IRAs maintained for the same individual’s benefit wouldn’t be deemed a taxable distribution.

Stephen Putnoki-Higgins is an attorney in the private client services practice group at Shutts & Bowen LLP, in Tampa, Fla., and is admitted to practice in Connecticut, Florida and New York.