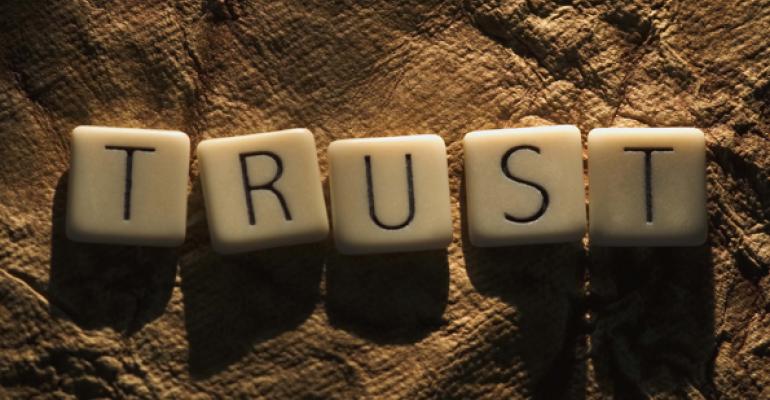 Is a “Trust” Really a Trust for Tax Purposes?

Interior Glass Systems, Inc. v. United States1 discusses what a trust is for tax purposes in the context of tax shelters. It reconsiders an earlier decision under a Rule 59(e) motion.2

The Association for Small, Closely Held Business Enterprises (ASCHBE) provided both programs. The theory was that an employer could claim life insurance premiums as deductions by paying the premiums on behalf of employees. The employees would have no income given this fringe-benefit treatment.

The transaction involves a trust . . . [under] Section 419(e)(3) . . . . For determining the portion of its contributions to the trust . . . that are currently deductible, the employer does not rely on the exception in Section 419A(f)(5)(A) (. . . collectively bargained . . .). The trust . . . pays premiums . . . on . . . life insurance policies and, with respect to at least one of the policies, value is accumulated. The employer has taken a deduction for any taxable year for its contributions to the fund with respect to benefits provided under the plan . . . that is greater than the sum of the following amounts . . . .”

Failure to disclose the programs to the IRS would result in IRC Section 6707A penalties. Seeing the now flawed ISP program after this Notice, ASCHBE developed the GTLP program. ASCHBE wanted the same results in GTLP as ISP. It simply changed the word “trust” in the ISP to the word “Association” in the GTLP.

In August  2016, Interior Glass prevailed on the 2008 penalty refund. Nevertheless, the IRS won summary judgment for the remaining penalty years because the GTLP was considered “substantially similar” to a “listed transaction” and therein under Notice 2007-83.

Interior Glass sought remedial relief under Rule 59(e), considering the original decision to misapply the facts. It previously contended that IRC Section 6707A was unconstitutional based on “substantially similar” being too vague or overbroad. The original court believed there to be no vagueness issue and Notice 2007-83 to be capable of enforcement.

Interior Glass believed that the GTLP wasn’t under Notice 2007-83’s necessary reporting regime as it wasn’t a trust or any “other fund described in Section 419(e)(3) that is purportedly a welfare benefit fund.” That interpretation, though, would make “substantially similar” unnecessary and without meaning. GTLP was “substantially similar” to a “listed transaction.” Consequently, a requirement to report this transaction to the IRS arose. The court ruled in favor of the IRS, evidencing no manifest error under Rule 59(e).

More specifically, Notice 2007-83 fails to define “trust.” Interior Glass believed it was involved not in a trust but instead in an established business organization, ASCHBE, which had tax exemption under IRC Section 501(c)(6). The business organization controlled the policies, disallowing any individual member control of the money. Thus, the first of the four necessary elements for a listed transaction under Notice 2007-83 was absent. The court found that what Interior Glass’s relationship with ASCHBE could be described as was “substantially similar” to a trust and thus under Notice 2007-83’s reporting requirements for “listed transactions.”