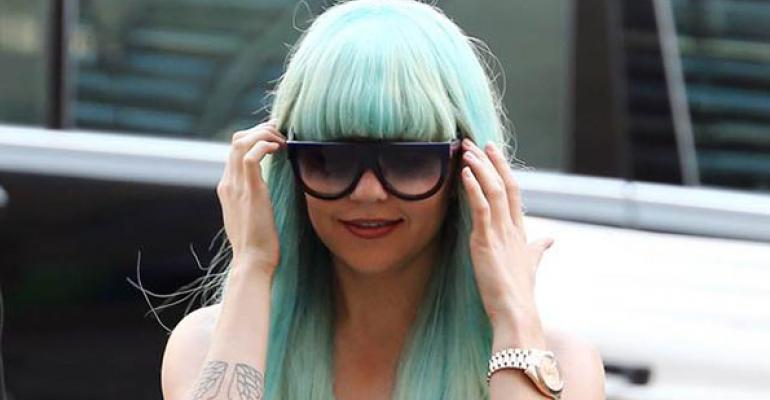 Guardianships and conservatorships are proceedings provided for under state laws, which generally provide for the care of minors or disabled adults who are unable to make responsible decisions concerning their own person or assets due to mental illness or disability.  Although that standard could arguably apply to anyone lacking in common sense and with poor impulse control, guardianships are most typically used to allow adults to take care of elderly parents suffering from Alzheimer’s disease or dementia, for a caretaker to be appointed for a minor whose parents have passed away or can no longer take care of them or to care for an adult after a serious injury or health issue.  In one subset of the last category, these proceedings are used to appoint a responsible caretaker for young adults suffering from mental illness, drug addiction or both.  The purpose of these proceedings is to protect and care for someone in need of assistance, but in a manner that amounts to taking away some of that individual’s civil rights.

Every state code includes specific provisions governing guardianship and/or conservatorship proceedings and, typically, codifies the tests for determining when a guardian may be appointed.  However, the issue ultimately presented in each case is one of fact, that is, whether the circumstances of the specific individual fall under the statutory requirements such that a guardian should be appointed.  Ultimately, the state courts determine whether an individual is incapacitated, protect that individual’s right to due process within the proceedings, appoint a guardian and determine the guardian’s duties and ensure that the guardian satisfies her fiduciary duties to the ward.  Before a guardian or conservator is appointed, the individual being put under the guardianship or conservatorship receives notice of the proceedings and has an opportunity to object to it.  She may choose her own counsel to represent her at the proceeding or, in many states, may have a lawyer appointed for her by the state if she can’t afford to hire one.

In California, the state’s mental health laws allow for any individuals who are a danger to themselves or others or who are gravely disabled to be detained for up to 72 hours for observation and crisis treatment.  At the end of the 72 hours, the state may certify the patient for an additional 14 days if certain conditions are met.  The statute provides for additional involuntary confinement thereafter for up to 180 days at a time. Alternatively, if a judge finds that the individual is gravely disabled as a result of a mental disorder or chronic alcoholism, then a conservator may be appointed, and the judge may specify the conservator’s specific powers including payment of debts, management of the person’s property and estate and decisions regarding medication.1 After the judge appoints a conservator, the judge will re-evaluate the conservatorship and the specific powers annually.

While mental illness is fairly prevalent in our society, it’s particularly noticeable and acute in the unique circumstances of celebrities, where the media is quick to report on anything and everything they do, so-called friends and family might be willing to betray them for a piece of fortune or fame and wild and crazy behavior indicating that something may be wrong is often exponentially more dramatic because the amount of money celebrities may blow through is staggering.  These cases highlight that in the context of guardianships, more money really does mean more problems.  And with more problems comes more publicity. Guardianships and conservatorships are seemingly being increasingly used in California by the parents of troubled Hollywood celebrities and former child stars, like Britney Spears in 2008, and most recently, former Nickelodeon breakthrough starlet Amanda Bynes in 2013 and again in 2014.

Amanda was first put under the conservatorship of her parents in 2013, following a series of unusual and troubling events, beginning with an arrest for criminal possession of marijuana, attempted tampering with evidence and reckless endangerment after reportedly throwing a bong from the window of her 36th floor apartment in a Manhattan high rise.  Two months later, Amanda was detained after setting a fire in the driveway of a neighbor’s home in California and was put under a 72-hour psychiatric hold.  Her mother was granted a temporary conservatorship over her in late 2013 to control her finances and medical care.  Everything seemed to go fairly well thereafter.  She enrolled in fashion school and was flying fairly under the radar with no reported drug use, shoplifting, manic oubursts or anything else.  Her parents allowed the conservatorship to terminate at the end of the year, reportedly believing that she had been misdiagnosed with schizophrenia and would be able to take care of herself now that she had stopped smoking marijuana.

Then things took a turn for the worse.  Amanda was arrested again on Sept. 28, 2014 for her second DUI.  She was promptly kicked out of fashion school and then tricked by her parents into flying to Los Angeles to meet with them.  Reportedly, she believed a car service would pick her up and drive her to the London Hotel to meet with her parents and their attorney.  Instead, she was taken to a hospital, where their lawyer was waiting for her with doctors, and she was put under an involuntary psychiatric hold for 72 hours, which was then extended for 14 days, and then again for another 30 days, under the California statute.

At the expiration of the psychiatric hold, Amanda’s parents went to court and got a conservatorship after presenting evidence to the judge that Amanda had spent alarming amounts of money by purchasing jewelry for strangers—she had essentially just been going into stores like Cartier, buying things and handing them out to strangers on the street—she was accused of shoplifting and was recorded acting erratically on security cameras in a New York boutique store.

Although the court granted the conservatorship, the psychiatric hold didn’t continue indefinitely, and Amanda was released from the hospital on Oct. 31, 2014.  With nowhere in particular to go and not wanting to be anywhere near her parents, Amanda roamed the streets of Hollywood, claiming she fell asleep on a couch in a public mall because her parents refused to give her money for a hotel.  According to her twitter postings on Nov. 6, 2014, her parents withheld her belongings and money from her “so I don’t have new clothes or enough money to rent an apartment…So until I get a different conservator ill look terrible because I don’t have enough to get new clothes or anything I need.”  The public accusations only escalated from there, with Amanda taking to Twitter and Instagram proclaiming to have a microchip implanted in her brain controlling her thoughts and actions, accusing her father of sexually abusing her as a child and making death threats against her parents.  Since then, although Amanda has recanted and said that the “faster they give me my money and belongings then the faster I delete my posts,” it has been reported that her parents have been scared off and have plans to split their conservatorship with a private company and move back to Texas, leaving her alone in California.  The next scheduled hearing in Amanda’s conservatorship proceedings is set to take place in February 2015.

Amanda’s case perfectly illustrates why the decision to initiate guardianship proceedings (and to ultimately appoint a guardian in these situations) is especially delicate, because the ward often won’t agree that it’s necessary, so the decision itself can take a fatal emotional toll on a family.  It might cause a rift between family members who disagree about whether it’s necessary or may result in the individual hating her family forever.  Quite often, these cases present a Hobbesian choice between allowing the individual to continue down a path of self-destruction versus resigning to potentially destroying family relationships instead.