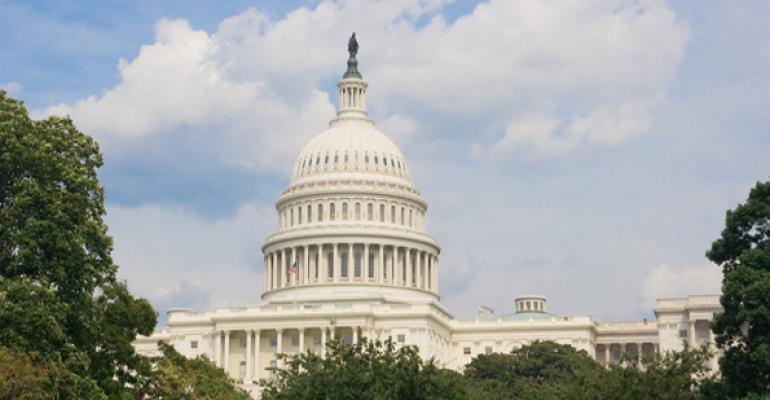 Congressional action as of September 2012, and what to expect in 2013

Although we’re no closer to a permanent federal transfer tax regime today than we were three years ago, legislative proposals reveal few surprises.  The bills in Congress consist of variations of current and prior law, with a smattering of other familiar concepts included.

With the exception of proposals regarding family farms1 and valuation of historic property,2 nearly all of the proposed transfer tax bills may be generally grouped into four categories:3 (1) extend the current $5.12 million exemption, (2) return the law to its pre-Economic Growth and Tax Reconciliation Act of 2001 (EGTRRA) state, (3) revert to an exemption of $3.5 million, or (4) repeal the estate tax.

Within the first three categories, portability is almost always retained, ensuring that a surviving spouse could make use of a deceased spouse's unused estate tax exemption.  Similarly, those bills that offer permanent legislation clarify that there would be no  “clawback” of gifts made under the current exemptions.  If any of these bills becomes law, it would allay concerns that any gifting done in 2011 or 2012 could be taxed at the donor’s death if exemptions were reduced.  Beyond these two key features, the bills have minor differences. (For a snapshot of the various bills, see “Summary of Bills," below.)

The House has passed a bill that would extend the current income and transfer tax regime through 2013 (H.R. 8).  The bill substitutes “December 31, 2013” for “December 31, 2012” in EGTRRA (as amended by the Tax Relief Act of 2010).  A number of other bills, many considerably more singularly focused on transfer taxes, also call for a one- or two-year extension (H.R. 6240; S. 3401, 3413, 3417, 3440 (one-year extension); H.R. 6100 (two-year extension)).  A temporary extension, however, leaves open the possibility of clawback.  Nonetheless, there are at least three bills in the House that would make the current law permanent, thereby avoiding the possibility of clawback (H.R. 1757, 3302, 6262).  Even in the unlikely event that a bill was to pass both houses of Congress this year, President Obama’s advisors have announced that he would veto any legislation that extends the Bush tax cuts.

If Congress fails to act, the law will return to its pre-EGTRRA state, meaning a $1 million exemption on Jan. 1, 2013 (with the generation-skipping transfer tax (GST) exemption alone being indexed for inflation), a top marginal rate of 55 percent and reinstatement of the state death tax credit.  The single bill that mimics this sunset concept implements a number of the proposals that have been discussed in recent years (H.R. 3467).  Under this bill, the estate, gift and GST exemptions would all be set at $1 million, indexed for inflation back to 2000 at about $1.33 million.  Other line items include: (1) limiting valuation discounts for assets not used in the active conduct or a trade or business (with some exceptions), (2) limiting minority discounts, (3) mandating basis consistency between income and transfer taxes, (4) requiring a minimum 10-year annuity term for a grantor retained annuity trust (GRAT), a remainder greater than zero and prohibiting decreasing annuity payments, and (5) limiting to 90 years the period during which an allocation of GST exemption is effective.  Separately, there’s a bill (H.R. 206) that would repeal EGTRRA entirely, including the income tax provisions, without addressing any of the resulting technical difficulties.

Bills that Revert to a $3.5 Million Exemption

Somewhat surprisingly, only one bill has been introduced in each house that would implement a 1-year extension of unified estate, gift and GST tax exemptions at $3.5 million and a top marginal rate of 45 percent, and there doesn’t appear to be any bill offering this as a permanent solution (S. 3393; H.R. 16).  Although temporary, each bill clarifies that there would be no clawback.  Overall, this is largely consistent with the President’s budget proposals, except that those proposals provide for a $1 million gift tax exemption rather than $3.5 million.  The Administration’s proposal also requires basis consistency, limits valuation discounts, limits GST tax exemption to a 90-year trust term and requires a 10-year minimum annuity term for a GRAT.  Unlike the bills introduced, the Administration's proposal would include grantor trusts in the grantor’s gross estate, set a maximum GRAT annuity term of the annuitant's life plus 10 years and extend the lien on estate tax deferrals to 15 years plus three months after death.

At least 19 bills introduced in Congress this session would repeal the estate and GST tax and, in some cases, the gift tax.  Governor Mitt Romney also favors repeal of the  “death tax,” but is reported to favor retention of the gift tax.

Portability, no clawback and continued step-up (or step-down) in basis are the (almost) undisputed winners.  Though repeal has been introduced more than any other option, it has yet to be put to the test in a vote, and few believe it has any real chance of success.  An exemption of $3.5 million or more appears likely, leaving the major battle to be fought over the tax rate.  While revival of the state death tax credit would restore consistency (and, in many cases, additional revenue) to the states, Congress may find that  “giveback” unpalatable.  Conceivably, Congress could even eliminate the deduction for state estate tax as a revenue raiser.

Next Congress Likely to Decide

No one knows when the highly unpopular sunset structure will be rescinded, but the likelihood is that it will be left to the next Congress.  By deferring to next year, new measures could easily be characterized as a tax cut, rather than an increase, as even rates of 45 percent or more and exemptions under $5 million avoid the draconian effects of the sunset structure.

The authors would like to thank Andrew R. Gelman and Christine L. Albright of Holland & Knight in Chicago for their editorial assistance.