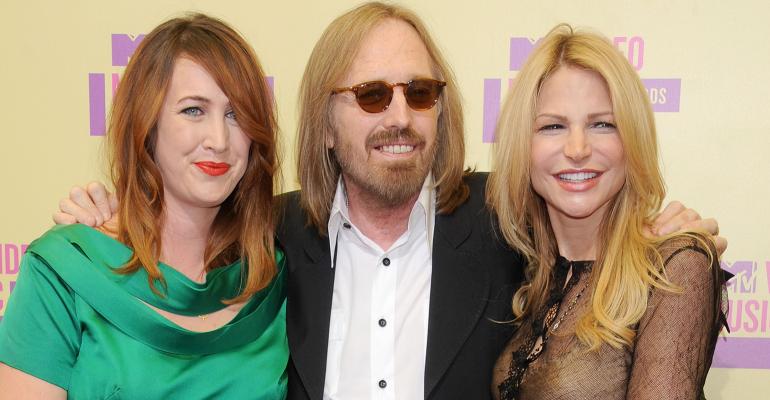 What does "equal participation" mean really?

Tom Petty’s daughters, Adria Petty and Annakim Violette, are turning up the heat in the ongoing battle of control over the late singer’s estate.

In a complaint filed in Los Angeles Superior Court last week, the daughters (who are from Tom’s first marriage) take aim at his widow, Dana York Petty. Among other allegations, Adria and Annakim accuse Dana of usurping control over Tom’s catalog and other assets, at their expense.

According to the complaint, the daughters accuse Dana of failing to fund Petty Unlimited, LLC, which was set up to equally divide the trust assets among the three. Instead, Dana has allegedly set up a separate company, Tom Petty Legacy, LLC, "as a vehicle through which to deprive" Adria and Annakim of their rightful assets. They’re seeking at least $5 million in damages.

The cause of all of this tension may be rooted in the wording of the late singer’s trust. Adria and Annakim claim that the terms of their father’s trust grants them “equal participation” in the decision making concerning the handling of his estate. In response to such interpretation, Dana filed a petition in court last month accusing the daughters of trying to “rule by majority” and asserting that as the sole trustee with authority to manage his estate, she gets final say. She also alleges that Adria’s “erratic behavior” is on track to jeopardize the trust’s business dealings and relationships, including with the Heartbreakers (his former bandmates) and his record label. She’s petitioned the court to assign an independent professional manager to help manage the assets.

Whose Interpretation is Right?

This struggle for control is a prime example of the importance of precise language when drafting legal documents. The terms “equal participation” can be interpreted to mean that Tom indeed wanted each of York, Adria and Annakim to have an equal vote, which is how the daughters have interpreted it, therefore rendering the two of them a collective majority rule. However, it’s also possible that equal participation means the daughters have “a right to participate in the decision process, but wouldn’t have any legal options if Dana doesn’t agree with their wishes” says Carrie Harrington, a trusts and estates attorney at Levenfeld Pearlstein in Chicago, who isn’t affiliated with the case.

According to Harrington, both interpretations are plausible. She says that it could be up to the drafting attorney to provide evidence, if any, of which one of those options Tom had in mind during the drafting process. The drafting process usually entails many client discussions, which can help clarify the meaning of ambiguous language in event of a dispute, as in this case. Reviewing other surrounding language in the trust can also help. The interpretation of the language of the trust will likely play a key role in the outcome here.

Harrington advises asking a colleague not involved in the drafting of the particular client’s will or trust to review the documents from a fresh perspective. Often, what may seem clear to those familiar with the particular client’s situation might actually seem ambiguous to an outside party. She also encourages practitioners to think of the worst-case scenarios that can happen if provisions in the document are misinterpreted, so that they can account for those. Additionally, in situations in which a client feels that the terms of his will or trust may seem unfair or unequal to his beneficiaries, Harrington suggests discussing the terms and reasoning behind them with the beneficiaries beforehand, so that there are no surprises during administration.