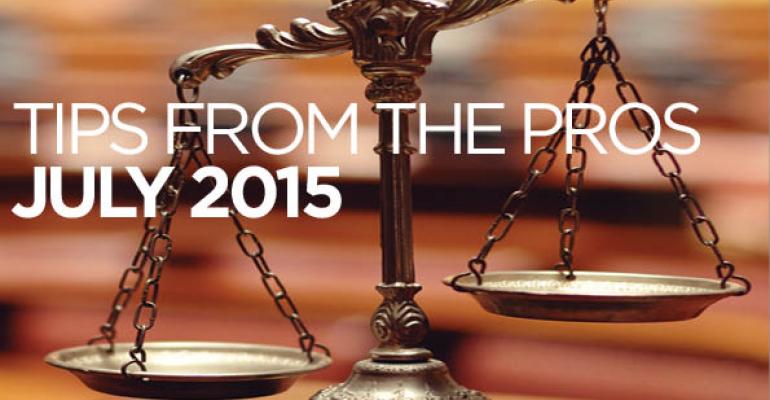 Tips From The Pros: The Ultimate in Dead Hand Control–Incentive Trusts Part II

In structuring an incentive trust’s dispositive provisions, the client and the estate planner will need to make some basic, but important, decisions concerning how the trust is to operate. For instance, they must decide  whether distributions that are to be made or withheld, in the trustee’s discretion, depending on the beneficiary’s compliance with the trust’s prescribed performance standards, shall be distributions of: (1) trust accounting income only (for example, dividends, interest, rents and royalties); (2) a unitrust amount (a percentage of the fair market value of the trust assets, redetermined annually); or (3) both income and principal. The greatest flexibility and potential for the trust to influence beneficiary behavior is achieved when the trustee has distributional discretion over both income and principal.

For an incentive trust to operate to its maximum positive potential, it will ordinarily be important to authorize the trustee, when making payments or distributions that support or reward the beneficiary’s laudable behaviors, to make such payments or distributions either to the beneficiary or directly to the providers of goods and services to the beneficiary. For example, when a beneficiary is honestly striving to pursue, say, a college or university undergraduate education but has had substance abuse problems in the past, it may be appropriate for the trustee to have the latitude to make any tuition, as well as room and board, payments permitted by the trust’s governing instrument directly to the college or university in which such beneficiary is enrolled rather than to put the funds to be used for the above-mentioned payments in the hands of the beneficiary, who may be tempted to use such funds to pursue purposes other than higher education.

The client should determine, with the estate planner’s guidance, whether the incentive trust is to remain intact throughout the beneficiary’s life or only until the beneficiary reaches a designated age or ages, at which time or times fractional shares or all of the remaining trust property will be distributed, outright, to the beneficiary. Some clients will find the prospect of an incentive trust that lasts throughout a beneficiary’s lifetime both appealing as a concept (because it extends for as long as possible the attractive attributes of the trust that were the reasons for its creation) and necessary for the particular beneficiary involved. Other clients may feel uncomfortable with the idea of retaining so-called “dead hand” control for an indefinite time or may believe that, when the beneficiary attains a given age, he’ll no longer require the motivation or protection provided by the incentive trust.

The client and the estate planner should also consider whether to include a provision in the governing instrument of an incentive trust that could either require or permit the trustee to terminate the trust and distribute the entire trust property to, say, one or more charitable organizations if the beneficiary of the trust fails to meet the enunciated performance standards for some designated period of time, for example, five years. Such a provision would be in tacit recognition of the notion that, at some point, it should be acknowledged that the incentive trust is demonstrably not serving and can’t serve its intended purpose, so the assets of the trust may as well be deployed in an alternative productive fashion.

Exceptional circumstances beyond the beneficiary’s control may arise from time to time that would effectively prevent the beneficiary from meeting one or more of the performance standards imposed by the trust’s governing instrument. When drafting incentive trust provisions, the estate planner should recognize that such circumstances shouldn’t give rise to punitive actions by the trustee. For example, an incentive trust beneficiary may, through no fault of his own, become disabled, and the disability may truly impede that beneficiary from being an economically productive and self-supporting member of society. In such a case, it would be inappropriate and unfair if the trust instrument required, or even permitted, the trustee to withhold distributions solely because the beneficiary failed to meet a full-time employment threshold for receiving distributions. To cite another example, an incentive trust beneficiary may possess both the intelligence and the work ethic to be financially successful in the world of business but may choose to forego earning a high personal income in favor of devoting his talent, time and effort, for relatively low pay, to work for a social service agency or charitable organization, teach in an urban school or serve as a member of the clergy. Most clients would agree that, if a child makes a choice to become, and works hard to excel as, a school teacher, employee of a social service agency or charity or a clergy member, an incentive trust’s dispositive rules shouldn’t operate to disadvantage or punish that child for making such a laudable, selfless choice.

In the design and creation of incentive trusts, drafters shouldn’t overlook some of the principles having paramount importance. First, because so many of the concepts that are addressed when formulating performance standards are extremely subjective, it can be a daunting challenge to develop and precisely articulate objective criteria against which to measure whether the trust beneficiary is meeting a given performance standard. The drafter of an incentive trust’s dispositive provisions must respond to the challenge successfully to provide the trustee with the tools to determine, in an accurate, consistent and fair manner, whether the beneficiary is entitled to receive a payment or distribution.

Here are a few examples of this dilemma. What’s encompassed by the term “full-time employment” or “employed on a full-time basis”? Does it mean
40 hours of work each and every week for 52 weeks a year, or could a beneficiary be considered to be employed on a full-time basis if he consistently works 40 hours per week but takes a couple of weeks’ worth of vacation in a given year? Should a beneficiary whose right to receive trust distributions depends on not using drugs or alcohol be considered to have failed that performance standard if he drinks a beer or two at a sporting event with friends or takes an extra sleeping pill every now and then? If a beneficiary marries an individual who was born into a household in which the parents belonged to a particular religious denomination, or is nominally a member of a particular religion but hasn’t attended a service or actively participated in many years, can that individual be considered part of that denomination or religion when interpreting trust terms that condition certain distributions to the beneficiary on his marrying a person of a particular faith? What does it mean to be a member or subject to the influence of a “cult”? What one seemingly reasonable individual might characterize as a dangerous, fanatical sect, another might view as a demanding, but true, religion. These sorts of issues, when timely recognized and addressed, generally aren’t insurmountable, but, if the potential pitfalls of incentive trust administration aren’t anticipated and interpretive problems ensue, an incentive trust can operate in a manner that dictates unfair and surely unintended results. In such a case, it’s virtually inevitable that a lengthy and expensive court battle will ensue.

Second, for an incentive trust to operate reliably, consistently and as intended, the governing instrument must explicitly confer on the trustee great latitude and discretion to make the judgments that must be made in the administration of an incentive trust. Planners must recognize and accept that precise drafting of objective criteria by which to evaluate and determine attainment of inherently amorphous standards, as important as such drafting is, has its limits. To enable the administration of an incentive trust to proceed as the client intended in cases in which the enunciation of objective criteria for making distributions has fallen short, it’s vital that the trustee have substantial discretion to make choices, judgments and decisions as and when circumstances arise that were unforeseen and, perhaps, unforeseeable, when the incentive trust was assembled. In particular, the governing instrument of an incentive trust should authorize the trustee, when determining whether the beneficiary is qualified to receive or disqualified from receiving a payment or distribution, to make the determination in his sole, absolute and unfettered discretion, the exercise of which discretion shall not be subject to challenge by the beneficiary. If the trust instrument so authorizes the trustee, the trustee will ordinarily be able to proceed in making distribution decisions without fear of being second-guessed by a court so long as the trustee doesn’t act in bad faith, fraudulently or arbitrarily.  Additional governing instrument provisions that would help to ensure that a recalcitrant beneficiary can’t defeat the underlying purposes of the trust include provisions that: (1) direct indemnification of the trustee out of trust assets and hold the trustee harmless in connection with any and all acts or omissions undertaken in good faith; and (2) make clear the settlor’s intention that the trustee’s attorney’s fees and associated expenses incurred in defending beneficiary-initiated litigation against the trustee shall be fully paid from trust property but that the beneficiary’s attorney’s fees and expenses incurred in bringing and prosecuting an action against the trustee shall not be paid from trust property.

Among the most important features of incentive trust design is the careful selection of the initial trustee and the successor trustees. It’s extremely important that the client designate appropriate initial and successor trustees to carry out the important, difficult and often thankless task of enforcing the performance standards built into the incentive trust. Not just anyone can do this job. Obviously, the incentive trust beneficiary, acting alone, would be a totally inappropriate trustee. Designating the beneficiary as the sole trustee of his own incentive trust would be analogous to engaging a hungry fox to guard a chicken coop with an open gate.

In the final analysis, it would seem that the ideal trustee of an incentive trust in almost all circumstances is a completely independent party. Such an independent party, generally, would be either an individual who’s very strong-willed and has the highest level of integrity or a high quality, experienced institutional trustee. Remember, however, that even the best qualified, most committed individual trustee could become incapacitated or die before the beneficiary dies, so the designation of excellent quality successor trustees is quite crucial. Often, a combination of an individual co-trustee working with a corporate co-trustee works well.

Planners shouldn’t overlook one critical aspect of incentive trust trustee selection: Beginning early in the planning process, they should solicit input from and involvement of the prospective trustees. The intended trustees then have ample opportunity both to offer comments and suggestions as to how the incentive trust might operate most effectively and to indicate, at least preliminarily, whether, if called on to act, they would accept the appointment. Much of an incentive trust’s anticipated beneficial effect may be lost if the “ideal” trustee, when asked to step in and serve, refuses to do so.