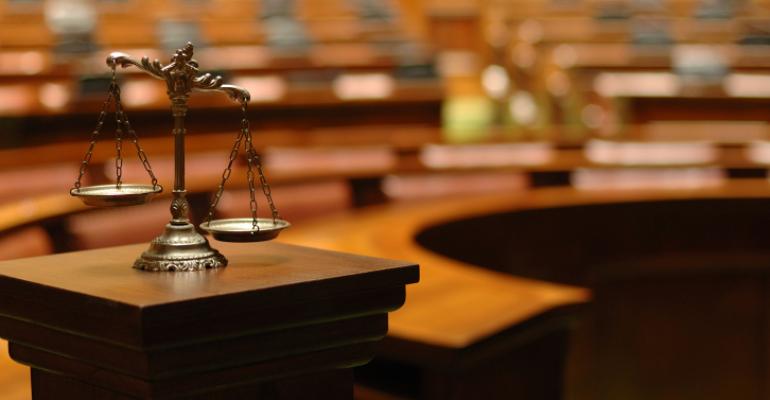 Stripping Away the Mystery of the Probate Exception

Our readers may recall our discussion of Marshall v. Marshall (otherwise known as the Anna Nicole Smith case) in 2006.  In Curtis v. Brunsting, No. 12-20164 (Jan. 9, 2013), the U.S. Court of Appeals for the Fifth Circuit revisited the issue of the scope of the probate exception to federal subject matter jurisdiction.

In 1996, Nelva and Elmer Brunsting, Texas residents, established pour-over wills and the Brunsting Family Living Trust (the trust).  Elmer died in 2009, and Nelva died in 2011.  Candace Curtis, Anita Brunsting and Amy Brunsting are siblings.  Candace filed a complaint in federal court in 2012 against Anita and Amy, basing her federal filing on diversity jurisdiction. Candace’s complaint alleged that Anita and Amy had breached their fiduciary duties, as co-trustees of the trust to her, as a trust beneficiary, and that they had committed fraud and intentionally inflicted emotional distress.  She specifically alleged that Anita and Amy had failed to provide accurate accountings or trust documents and that they had misappropriated trust assets.  Candace requested remedies of compensatory and punitive damages, a temporary restraining order against  “wasting the estate,” and an injunction compelling the co-trustees to account and produce documents.  Candace also did something that many savvy litigators do when real property is in dispute (the trust held several parcels of real property), she filed a lis pendens in Texas and Iowa.

On March 1, 2012, the district court denied Candace’s request for a restraining order and for injunctive relief.  In its order, the court stated, somewhat vaguely, that it appeared that the court lacked subject matter jurisdiction over the entire matter.  Five days later, Anita and Amy filed an emergency motion to remove the two lis pendens, stating that that the court lacked jurisdiction (they also stated their intention to file a Rule 12 (b) motion to dismiss shortly).  On March 8, following a telephone conference with the parties, the judge issued a sua sponte order dismissing the case because of the probate exception.  Candace appealed.

An appellate review of a dismissal based upon subject matter jurisdiction is de novo.

As a refresher, the probate exception provides that a federal court lacks jurisdiction to probate a will or administer an estate.  In 1946, the Supreme Court clarified the exception and held that federal courts could consider claims against an estate if the court’s involvement didn’t interfere with probate proceedings or  “with the state court’s possession save to the extent that the state court is bound is bound by the judgment to recognize the right adjudicated by the federal court.” (Markham v. Allen, 326 U.S. 490 (1946)).  In Marshall, 547 U.S. 293 (2006), the Supreme Court attempted to clarify the  “interference” requirement from Markham and narrowed the scope of the probate exception by holding that federal courts are barred from assuming jurisdiction over res subject to another court’s jurisdiction.

The court justified its holding based on the fact that, although Nelva and Elmer’s wills were by then admitted to probate, and probate proceedings were ongoing, it was  “[un]likely” that the Texas probate court had custody or jurisdiction over the trust assets (as we all know, funding a living trust is a common technique for avoiding probate).  Having found  “no evidence” that the trust assets are subject to probate proceedings, the probate exception didn’t apply, and Candace’s matter was reversed and remanded.