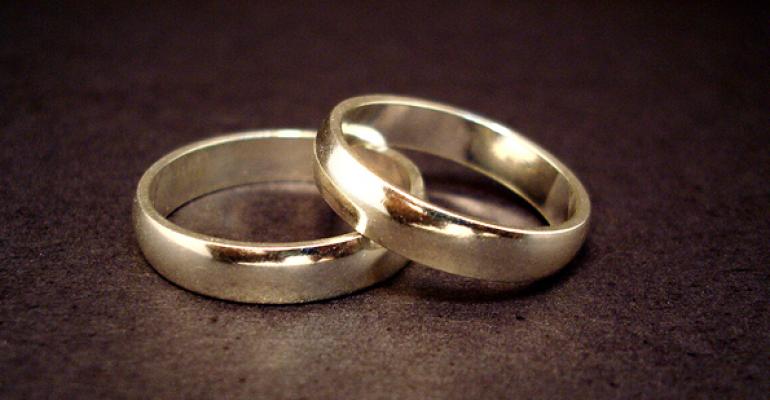 A Step in the Right Direction for Elder Abuse Cases

Hua (Judy) Wang was hired as Irving Berk’s live-in caretaker when Berk was 91 years old, in 1997, just one year after she immigrated to the United States. At some point between that time and his death at the age of 100 in June 2006, Berk became mentally incapacitated and dependent on Wang. In June 2005, she and Berk were married in a civil ceremony witnessed only by a hired Mandarin translator. News of the marriage was kept from Berk’s family, friends and medical providers until after his death—Wang revealed the news to Berk’s two sons in a car on the way to the funeral home.

Berk never changed his will to provide an inheritance for Wang. Nonetheless, Wang asserted her rights to an elective share of his estate, under a New York law that entitles a deceased person's spouse to one-third regardless of what’s provided in the will. The sons argued that Wang unduly influenced their father to marry her at a time when he was mentally incapacitated and shouldn’t be allowed to inherit the share.

In 2008, the Court held in favor of Wang based on a legal technicality. Because the marriage hadn’t been annulled during Berk’s lifetime, the Court found that Wang couldn’t be prevented from inheriting even if Berk lacked capacity to marry or his consent was procured by force or duress. According to John G. Farinacci, a partner of Ruskin Moscou Faltischek P.C. in Uniondale, N.Y., and his co-counsel, Jessica M. Baquet, a partner in Jaspan Schlesinger LLP in Garden City, N.Y., who both represented sons Joel and Harvey Berk in the case, the judge felt her hands were tied by the controlling statute and reached that conclusion despite admitting that such a decision might invite a plethora of surreptitious deathbed marriages.

The sons appealed, and in 2010, the Appellate Court held for the first time that a surviving spouse could be disqualified from inheriting in a case like this under certain conditions. The Appellate Court sent the case back to the Court for a trial as to whether Berk had, in fact, been mentally incapacitated, and whether Wang married him anyway to achieve financial benefits.

After hearing testimony from over 30 witnesses, including an attorney, who met with Berk in 2005 and had expressed significant concerns regarding his competency, and over 100 exhibits received in evidence, the Court ultimately found that there was “a plethora of credible evidence” that Berk suffered from diminished capacity that “rendered him incapable of understanding the nature, effect and consequences of the marriage.” The Court also found that the evidence shows that it was impossible that Wang couldn’t have been aware of Berk’s mental capacity and that she exerted undue influence over him in getting married (among other things, evidence indicated that Wang choose all parties who prepared documents related to the marriage). As a result, the Court denied Wang’s petition for a decree determining that she’s entitled to take her elective share of Berk’s multimillion-dollar estate.

A Step in the Right Direction

Such a decision is significant because it comes at a time when elder abuse is on the rise. Although laws vary by state, and this decision is only binding in New York, it’s significant that the Court took the initiative to allow for an exception on equitable grounds, especially given that attempts to change legislation often move at a snail’s pace. After nearly a decade working on the case, Farinacci says he takes comfort in the fact that the Court “closed the loophole, so that marriage can no longer be used as a freeway to secure inheritance rights.”

As far as preventing a predatory marriage in the first place, Farinacci says that it’s important to stay vigilant when a loved one’s health may render him susceptible to being taken advantage of. “You lose your best evidence once the vulnerable individual dies,” he explains. And, according to Farinacci, although “a guardianship proceeding is often a hard pill to swallow for many children,” it may be the best way to protect someone with diminished capacity and prevent a situation such as the one in this case from happening. Farinacci also suggests that clients can discuss with their aging family members putting in place advance directives such as powers of attorney and health care proxies so that an appropriate family member might have the legal authority to take control to protect an aging family member should they become unable to do so at some point in the future.