/sites/all/themes/penton_subtheme_wealthmanagement/images/logos/footer.png
Recent
Recent
The Stephen and Kevin Show: All About Financial Advisor Podcasts
May 18, 2022
11 Must Reads for the CRE Industry (May 18, 2022)
May 17, 2022
Apple Delays Plan to Have Staff in Office Three Days a Week
May 17, 2022
DOL to Appeal Texas Court's Decision on Trump-Era Contractor Rule
May 17, 2022
Featured
The 10 Best and 10 Worst States in Which to Retire in 2021
Jul 15, 2021
Poll: 15 Classic Books on Investing and the Markets
Apr 03, 2020
Fifteen Must-Listen Business Podcasts for Advisors
Aug 14, 2020
Celebrity Estates: Jay Leno and Planning for Classic Car Collections
Feb 22, 2022 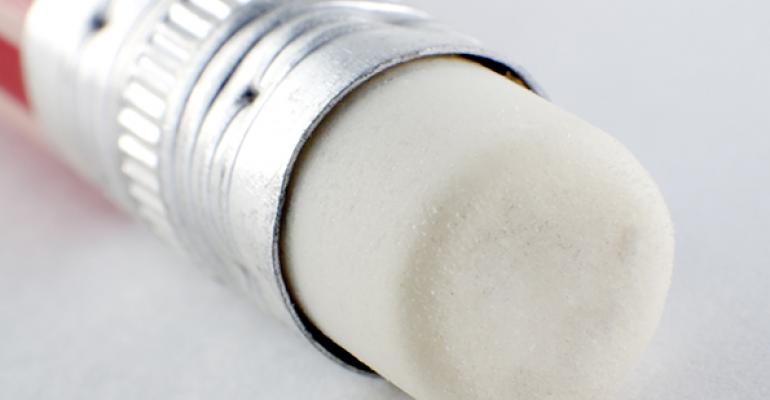 In Private Letter Ruling 201442046 (Oct. 17, 2014), the Internal Revenue Service ruled that a reformation of a trust to correct scrivener’s errors caused remainder interests to be completed gifts and as such, a trust’s assets wouldn’t be included in a grantor’s gross estate on his death.  Moreover, the reformation wouldn’t cause any current or future beneficiaries to make a gift to any other trust beneficiaries.

In Year 1, a grantor and his wife met with an attorney to discuss estate planning in connection with their four children.  The couple discussed the use of grantor retained annuity trusts (GRATs), including a 4-year term GRAT (GRAT 1) and a 15-year term GRAT (GRAT 2).  On a certain date, the grantor established both GRATs by making gifts of stock to each GRAT.  The stock was from a company in which the grantor was a co-owner.  The grantor intended to make completed gifts of the stock when he transferred the stock to both GRATs.

The Children’s Trust was drafted as a revocable trust, allowing the grantor to revoke, amend or modify it any time.  It provided that any assets it received would be separated into equal shares for each child (that is, into a separate trust for each child).  If any child wasn’t alive at that time, his share would be held in further trust for such child’s own children, or if none, to be divided equally among the surviving children.  The trustee was directed to distribute income and principal, as it deemed appropriate for the health, welfare, education and support of any child who was the beneficiary of each separate trust.  Income not distributed would be added to the principal.  The trustee was to make mandatory distributions to each child at age 28, 31 and 34.  If a child died before his separate trust terminated, his share was to be held in trust for his own children or if none, distributed to specified relatives pursuant to the Children’s Trust.

The IRS noted the well-settled law that the mistake of a scrivener in preparing a deed or writing may be established by parol evidence.   Moreover, under Uniform Trust Code Section 415, a court may reform a trust to conform to a settlor’s probable intention if it’s proved by clear and convincing evidence that the settlor’s intent, as expressed in the trust, was affected by a mistake of fact or law.

The IRS considered the affidavits submitted by the grantor, both attorneys, the accountant and the financial planner, along with contemporaneous correspondence and memoranda, which provided clear and convincing evidence that the provision in the Children’s Trust didn’t conform to the grantor’s intention.  As such, the state court’s order reforming the Children’s Trust based on scrivener’s errors was consistent with applicable state law.