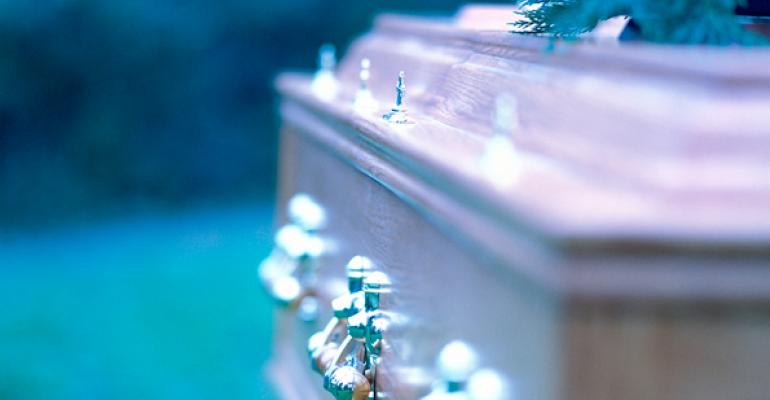 Maurice McGriff and Terry Rigby were domestic partners … until they weren’t. In February 2015, a physical altercation between the two men resulted in Terry falling, hitting his head and dying from the injury. Maurice admitted that he caused Terry’s fall, but he claimed that it was self-defense. He gave two conflicting statements in reporting the incident. One time, he stated that Terry swung and missed him; the other time, he stated that Terry swung and hit him.

Florida’s Slayer Statute is found at section 732.802, Florida Statutes. Subsection (3) provides that a named beneficiary of a life insurance policy “who unlawfully and intentionally kills … the person upon whose life the policy is issued is not entitled to any benefit …”

Moreover, subsection (5) provides that a final judgment of conviction of murder of any degree is conclusive, but in the absence of such a conviction, “the court may determine by the greater weight of the evidence whether the killing was unlawful and intentional for purposes of this section.”

So, was there a final judgment of conviction of murder? No. The State Attorney didn’t pursue charges against Maurice. It didn’t believe that there was enough evidence to convict, and without any other witnesses to the incident, the State would be unable to rebut all reasonable hypotheses of Maurice’s innocence. That meant that the court would have to determine by the greater weight of the evidence — a far lower standard than the one for a murder conviction — whether the killing was unlawful and intentional.

The case was postured as one by Maurice seeking a declaration that the death benefits should go to him. But before the Middle District of Florida reached the issue and rendered a decision, Maurice died. A personal representative was substituted in his place to represent his estate and its interests. Prudential, the defendant, deposited the death benefits into the Court Registry and impleaded three people into the case: the curator of Terry’s estate; Theresa, the sister of Terry; and Maurice’s personal representative.

Considering that there were no living witnesses to the altercation, the court had before it only the 911 call, the police report, the autopsy findings and the State Attorney’s decision not to pursue prosecution. The court stated that it took into consideration the two conflicting statements of Maurice concerning the events at issue. The court also took into consideration Theresa’s complete affidavit (over the objection of Maurice’s personal representative) stating that she believed Terry and Maurice had a troubled relationship.

Given the totality of this evidence, the court found that it wasn’t more likely than not that Maurice acted unlawfully in his actions; it was just as possible that he acted in self-defense, as was his claim. Accordingly, the court found that Florida’s Slayer Statute didn’t apply. The court ordered the distribution of the life insurance benefits to Maurice’s personal representative.

It’s impossible to know with any degree of certainty what the court would have found had Maurice still been alive at the time of its decision. Perhaps his live testimony would have persuaded the court even more of the viability of his theory of self-defense; perhaps he would have lacked credibility, and the court would have gone in the other direction. One might speculate, however, that the court had in the back of its judicial mind the fact that, because he was dead, Maurice would never see the beneficial interest himself, much like the killer in Fiel v. Hoffman, 169 So.3d 1274 (Fla. 4th DCA 2015). See my prior article.