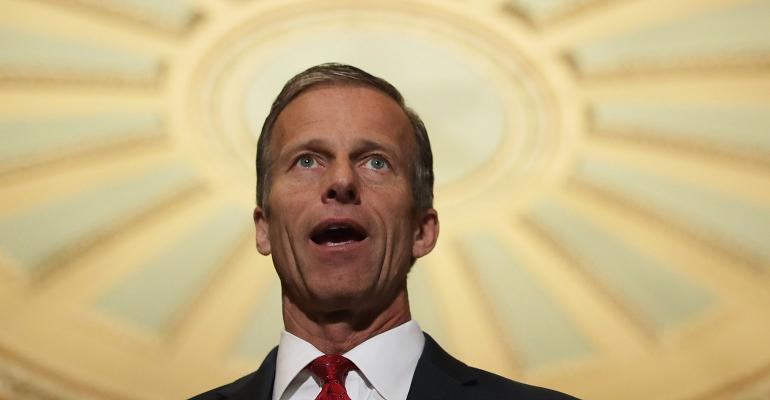 Broad overhaul on the agenda for Congress

South Dakota Sen. John Thune and other top Republicans recently announced their intentions to launch a new drive to repeal the estate tax next year, while pulling back on efforts to force a year-end vote aimed at blocking proposed Treasury Department regulations under Internal Revenue Code Section 2704.

Thune voiced confidence that there would be consensus support for his proposal to repeal the estate tax as part of a broad tax overhaul in the 115th Congress.

"If we can get into a debate about comprehensive tax reform, the odds are good that we can repeal the estate tax," the South Dakota Republican said in an interview.

President-elect Donald Trump and the House GOP's "Better Way" agenda both include repealing the estate tax as a cornerstone.

While Republicans promote estate tax repeal as a way to preserve jobs and save small businesses, Minnesota Democratic Rep. Keith Ellison, the likely next head of the Democratic National Committee, argues that full repeal would mainly provide a windfall to wealthy investors, including Trump and his family and some of the billionaires and millionaires he has selected for his cabinet.

"This is 100 percent self-serving—billionaires lining their own pockets. It means we are going to institutionalize an American aristocracy based on wealth," Ellison said.

While both sides prepare to face off over estate tax repeal, time has run out for a session-ending vote to block the Treasury department's proposed regulations under IRC Section 2704, which eliminate valuation discounts for liquidity and marketability. Treasury has said the change is intended to prevent heirs from understating the fair market value of their estates in order to avoid paying taxes.

However, Republicans intend to push for a disapproval resolution under the congressional review law to uproot the estate tax rule if a final version of the rule is put into effect. But the Treasury department has not yet announced whether it intends to issue a final rule before President Barack Obama leaves office.

Ohio Republican Rep. Warren Davidson recently stated in an interview that he was continuing to push for a vote on his bill to bar funding that would be used to implement the proposed estate tax rule.