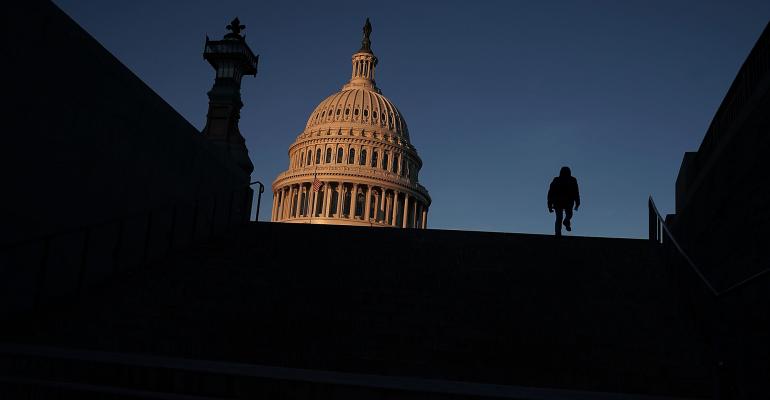 Both sets of rules are important to know, because existing inherited IRAs are grandfathered into the previous rules.

Retirement accounts such as individual retirement accounts and Internal Revenue Code Section 401(k)s (401(k)) are subject to mandatory distributions at some point. For most people, these rules kick in once the account owner reaches age 70.5 – or until retirement if he kept working past age 70.5. These required minimum distributions (RMDs) prevent individuals from experiencing the tax benefits of a 401(k) or IRA forever.

The government wanted these accounts to be retirement accounts – not tax shelters for multi-generational planning. However, current RMD rules offer significant tax benefits to beneficiaries once the account owner dies.

RMD rules are complex and vary on the beneficiary, account type and when the owner died. Your client can always withdraw more than is required, but he doesn’t get credit for taking a higher withdrawal in one year to offset any RMDs the next year. RMDs are an annual calculation and require looking back at the previous year account balance on Dec. 31, then dividing it by the applicable divisor.

Legislation that’s already passed the House, the Setting Every Community Up for Retirement Enhancement (SECURE) Act, now sits before the Senate, expected to pass this week and be signed into law as part of a larger appropriations bill. These new rules would significantly curtail tax benefits for many inherited IRAs. The legal change is expected to provide a huge tax revenue increase for the federal government by removing beneficiaries’ ability to string out distributions. To check out a free calculator demonstrating the impact of the changed rules go to SecureRMD.com.

Here’s the fun part: Advisors will soon need to know two sets of rules, those pre-SECURE Act and post-SECURE Act. For purposes of RMDs, the SECURE Act provisions would go into effect on Jan. 1, 2020. As such, anyone who dies before Jan. 1, 2020, and any existing inherited IRAs would fall under previous RMD rules. Anyone who dies after Jan. 1, 2020 would fall under the new SECURE Act rules. With not much time to prepare, millions of Americans need a review of beneficiary designations, trust terms and tax implications.

In the stretch strategy, beneficiaries of inherited 401(k)s and IRAs stretch the required distributions out over their own life expectancies. This allows them to maintain the tax-preferential nature of the account for many years. The SECURE Act would instead require many beneficiaries to have the entire account distributed within 10 years after the owner dies.

Today, and prior to the SECURE Act, there are two different sets of rules governing how RMDs affect retirement account beneficiaries. The determining factor is if the account owner died before or after his required beginning date (RBD) at age 70.5. Other factors affecting RMDs are the beneficiary’s relationship to the account owner, the age of the beneficiary and the type of tax-advantaged account.

Depending on these factors, the beneficiary’s RMDs can change.  Even more challenging, different situations call for the use of three different Internal Revenue Service Tables in to determine RMDs. But understanding some basic questions can help you figure out what rules and IRS Tables should apply to your clients.

Account Owner Dies on or After RBD for RMDS

Let’s start by looking at how the RMD rules can apply to three sets of potential beneficiaries: spouses, non-spouse persons and non-persons, when an owner of an IRA or 401(k) passes away after (or on) reaching his RBD for RMDs, typically age 70.5.

Spouse beneficiary. Spouses have the most options of anyone as beneficiaries of their spouses’ retirement account and are the most common beneficiary of the first spouse to pass away. This allows the assets to continue to support the livelihood and retirement needs of the surviving spouse. Once the surviving spouse passes away, the assets will likely transfer to another type of beneficiary like children or a charity. A spouse who inherits an IRA at the passing of his spouse typically has three options for RMD purposes:

This highlights an important point about determining RMDs. The IRS provides three tables. Table I is typically used for beneficiary planning purposes and is a less favorable table for RMDs than Table II or Table III. Table II is used for spousal situations in which the sole beneficiary on an IRAis a spouse who’s 10 or more years younger than the owner. Table III is the table used for the IRA owner’s RMDs.

Non-spouse beneficiary. Next, two different options are available for inherited IRAs with non-spouse person beneficiaries (typically a child or grandchild), when the owner had reached his RBD prior to death. The IRA would be required to be distributed based on the younger of either the beneficiary’s age or the owner’s age on his birthday in the year of the owner’s death. In either case, use IRS Table I to determine the life factor to use. However, for the year of death, still use Table III to determine the owner’s RMD. If there were multiple beneficiaries, use the oldest beneficiary’s age for calculation purposes.

Now, it gets even trickier. In 2021, Susan wouldn’t use Table I to determine her life expectancy factor for a 52 year old. Instead, she would just use the one that was set in the year after the owner’s date of death, which in her case was for a 51 year old at 33.3. For 2021, two years after death of the owner, she would just take 33.3 minus 1, to determine the correct life factor of 32.3. In 2022, she would do this again but now take 33.3 minus 2 to get a divisor for 2022 of 31.3. Essentially, you fix the life expectancy the year after death for this type of beneficiary. So, on each following year, you would reduce the beginning life expectancy factor by one until the account was depleted.

Non-person beneficiary. Sometimes beneficiary designations are left blank or the IRA is left to a non-person (for example, an estate, charity, business or trust). If a beneficiary designation is left blank, it could be paid out to an estate. In these cases, if the owner had already started RMDs, you would use IRS Table I and the deceased owner’s age as of his birthday in the year of his death. Reduce the beginning life expectancy by one year for each subsequent year until the account was depleted.

Just like with spouses and non-spouse persons, the non-person beneficiary can also take the owner’s RMD for the year of death and start the new RMDs the following year. Many non-person beneficiaries will just withdraw the full amount immediately as the tax-deferral aspect of the inherited IRA isn’t as beneficial to places like charities that already don’t pay income taxes.

In some cases, the owner of an IRA might pass away before he reaches his RBD for RMDs. Again, in these situations, the RMDs will be partially determined by the relationship of the beneficiary to the owner and the ages of the beneficiaries and owner at death.

Spouse beneficiary. Spouse beneficiaries have three options. First, the spouse may treat the IRA as his own account. In that situation, follow any RMD rules that would apply to them as the owner.

Next, if the spouse beneficiary didn’t elect to be treated as the account owner, he doesn’t have to take RMDs until the year in which the deceased spouse would have reached age 70.5. However, these RMDs would be based on Table I and the beneficiary spouse’s current age each year to find the applicable divisor.

Lastly, the spouse could just take the entire balance out by the end of the fifth year following the year of the owner’s death. In all three situations, there’s no RMD for the year of death because the owner died before RMDs started.

Non-person beneficiary. If the owner died before starting RMDs, the charity, trust or estate would be required to take out the entire balance of the inherited account by the fifth year following the owner’s year of death. This can cause a big tax burden for trusts and estates as the entire account would need to be treated as taxable in a short period of time.

The ability to stretch RMDs over the lifespan of a beneficiary allows the IRA’s tax advantages to continue. In turn, it allows the beneficiary to grow their wealth and avoid taxes for many years. When he does pay taxes, he can spread out the impact over many years.

The new SECURE Act would eliminate this stretch ability for many non-spouse person beneficiaries. Instead, beneficiaries would have 10 years to withdraw the full amount in inherited IRAs. The 10-year maximum would create heavier tax burdens for beneficiaries. For instance, instead of a 23-year-old being able to spread the taxable distributions of a $500,000 inherited IRA over a 60-year time period, you would now need to distribute that over 10 years. As such, this is expected to increase taxes for many under the new rules as distributions will be higher, causing more people to reach higher tax brackets. Additionally, it will cut down on the amount of time that this money can stay invested and grow in a tax deferred manner.

Any client who’s a retiree with an IRA, 401(k) or retirement account needs to plan for his RMDs. But he also needs to understand what happens to his accounts when he passes away – and how that would all change with new legislation. Both sets of rules are important to know, because existing inherited IRAs are grandfathered into the previous rules.