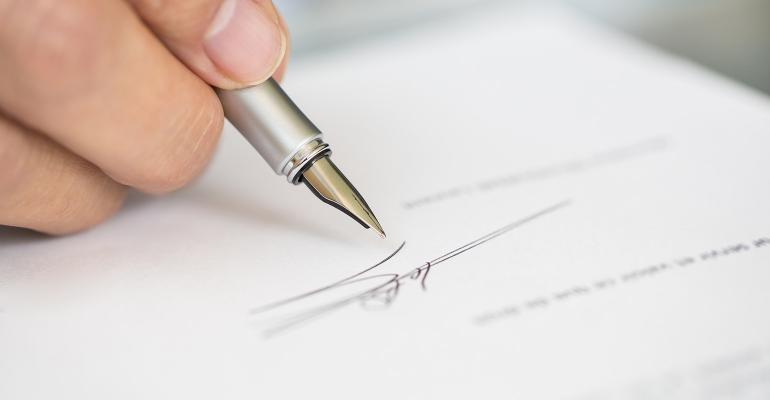 Private Letter Ruling 202108001 (released Feb. 26, 2021) addresses the intersection of the best of times – a grandfathered generation-skipping transfer (GST) tax-exempt trust funded generously enough to warrant the cost of a PLR application – and the worst of times, namely drafting careless enough to include a digit mid-word in the title of a trust article.  And the hero of our PLR is, undoubtedly, the brave counsel who rode into the fray with the issue-spotting-telescope of a 1L confronting her first tort exam and diffused each of the potentially grandfathering-defying facts at play.

Our tale begins with the execution of a will and two subsequent codicils (collectively, Father’s Will) by Decedent’s father (Father).   Father died prior to Sept. 25, 1985, survived by Decedent, four of Decedent’s children and Decedent’s grandchild.

Under Father’s Will, a testamentary trust was established for the benefit of Decedent and Father’s descendants, and a corporate trustee was named.  Decedent was granted a testamentary power of appointment (POA) over the trust, exercisable in favor of any descendant of Father or spouse of such descendant, excluding Decedent’s creditors, estate or the creditors of his estate.

Father’s Will included the following provisions, in relevant part:

In Father’s tradition, Decedent executed a will, followed by two codicils.

Paragraph 3 of Article Two provided that “[n]otwithstanding any other provision to the contrary,” in no event shall any trust under “this Article” continue “by reason of the provisions of the foregoing paragraph 3” beyond the period permitted under the “applicable” perpetuities rules.

Decedent’s first codicil deleted Article Two of Decedent’s will and replaced it with an article entitled “Disposi3tion of Residue,” [sic] which provided for the residue of Decedent’s estate to be added to Decedent’s revocable trust.

Decedent’s second codicil deleted Article Three of Decedent’s will and replaced it with an article entitled “Disposition of Residue,” which provided for the residue of Decedent’s estate to be added to Decedent’s revocable trust.

Decedent died, survived by four children and a grandchild.

Interpreting Decedent’s Will and Codicils

The bank, as trustee of the trust, filed a petition for a judicial determination of rights in relation to the trust, as well as for construction and interpretation of Decedent’s will.

The bank’s petition identified six separate ambiguities and scrivener’s errors in Decedent’s exercise of his POA over the trust, including:

Decedent’s estate-planning attorney declared under penalties of perjury that Decedent intended to exercise his POA over the trust so that the trust would be divided into separate trusts for his children and held pursuant to the terms of Article Two of Decedent’s will.

The court issued a declaratory judgment contingent on the receipt of a PLR from the Internal Revenue Service.  The contingent declaratory judgment corrected the mistaken cross-references in Decedent’s will and codicils, clarified that references in Decedent’s will to “applicable rules governing perpetuities,” included the limitations imposed by the perpetuities provision of Father’s Will, instructed the trustee to distribute the remaining trust assets to separate trusts for Decedent’s children and specified that such trusts were to terminate 21 years after the survivor of Decedent’s children and grandchild.

The trustee requested rulings from the IRS as to the impact of the judicial modifications of the trust and of Decedent’s will and codicils on the GST-exempt status of trust and whether Decedent’s POA over the trust triggered the trust’s inclusion in Decedent’s taxable estate.

The IRS issued the following rulings:

A judicial construction of a Grandfathered Trust to resolve an ambiguity or to correct a scrivener’s error that’s consistent with applicable state law and involves a bona fide issue won’t cause GST-exempt status to be lost. (Treas. Regs. Section 26.2601-1(b)(4)(i)(C)).

More broadly, a modification that neither shifts a beneficial interest to a lower generation nor extends the time for vesting of any beneficial interest in the trust beyond the period provided in the original trust won’t cause GST-exempt status to be lost. (Treas. Regs. Section 26.2601-1(b)(4)(i)(D)(1)).

The exercise of a limited POA over a Grandfathered Trust will be treated as an addition to such trust (undermining its GST tax exemption) when the power is exercised in a way that may postpone vesting for a period extending beyond 21 years after the death of the survivor of any life in being at the time of the creation of the trust.  (See Treas. Regs. Section 26.2601-1(b)(1)(v)(B)).

A power exercised by creating another power will be deemed to be exercised to whatever extent the second power may be exercised.

Likewise, the IRS determined that Decedent’s exercise of his POA, as construed by the Declaratory Judgment, won’t postpone the vesting of trust beyond 21 years after the death of the survivor of Decedent’s children and grandchild and, therefore, won’t be treated as an addition to the trust under Treas. Regs. Section 26.2601-1(b)(1)(v)(B).

In general, property will be included in the taxable estate of a decedent who exercises a testamentary POA by creating another POA that may be validly exercised under applicable local law to postpone the vesting of an interest for a period ascertainable without regard to the date of the creation of the original power.

Decedent exercised his testamentary POA to appoint the property of the trust to trusts for the benefit of his children and granted each child a limited POA over the trust for such child’s benefit.  However, the effectiveness and scope of the exercise were unclear due to the numerous scrivener’s errors and ambiguities of Decedent’s codicils.  The IRS determined that all trusts created under Decedent’s will will terminate 21 years after the death of the survivor of Decedent’s children and grandchild, if not sooner, pursuant to the Declaratory Judgment construing Decedent’s will and codicils, and therefore, the trust won’t be included in his taxable estate under IRC Section 2401(a)(3).