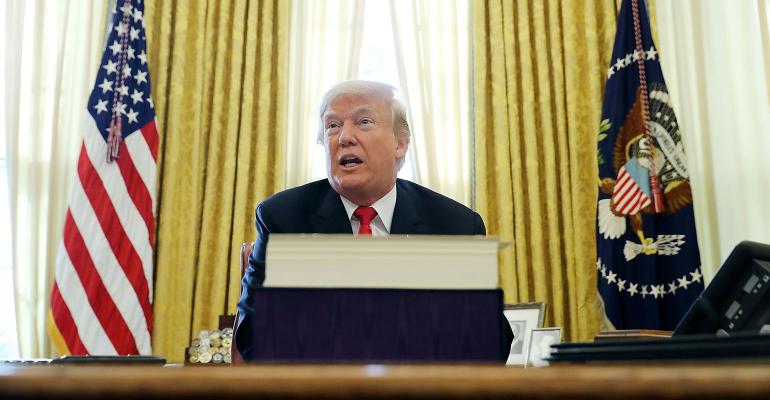 Three projects related to various estate planning issues were added to the updated Priority Guidance Plan in response to the 2017 Tax Legislation.

One of the most interesting takeaways from the new Priority Guidance Plan is the omission of a proposal related to the deductibility of executor and trustee fees under IRC Section 67(e). The new tax legislation added Section 67(g), which states that until 2026, “[n]otwithstanding [Section 67](a), no miscellaneous itemized deduction shall be allowed.” Section 67(a) is often thought of as the 2 percent floor rule in which miscellaneous deductions are only allowed to the extent they exceed 2 percent of adjusted gross income. Section 67(b) defines the term “miscellaneous itemized deductions” as all deductions other than those listed in Section 67(b); fees incurred in the administration of a trust or estate under Section 67(e) aren’t among those listed in Section 67(b). Given that Section 67(g) only refers to Section 67(a), and the legislative history suggests that the intent underlying this change was limited to targeting deductions subject to the 2 percent floor, to which deductions pursuant to Section 67(e) aren’t subject, there’s a strong argument that the new law doesn’t impact Section 67(e) deductions. Nevertheless, there’s some ambiguity as to whether the new Section 67(g) does or doesn’t change the treatment of fees deductible under Section 67(e). IRS official, Catherine Hughes, of the Treasury Department’s Office of Tax Policy, stated at the ABA Tax Section’s meeting on Feb. 10, 2018 that the IRS was working on guidance on this topic and it will likely be one of the first projects to come out. Despite this oral recognition of the need for guidance, no such project was included in the Priority Guidance Plan.

President Trump’s Executive Orders 13777 and 13789 directed the Treasury Department and the IRS to “reduce the regulatory burden” on taxpayers by revoking or revising Treasury regulations which are unnecessary. On Feb. 13, a copy of a notice of proposed rulemaking, which will be published in the Federal Register on Feb. 15, became available. This proposal calls for the removal of a regulation if it (1) interprets code sections that have been repealed since the regulation was issued, (2) interprets code sections that have been significantly revised since the regulation was issued or (3) has no future applicability as the regulation has expired by its terms or the relevant code section no longer applies given the time limitations in the code section. One estate tax regulation and one gift tax regulation are among those proposed to be removed and are summarized as follows:

The updated Priority Guidance Plan notably sets out the “near term priorities” of the IRS and the Treasury Department as a result of the changes brought about by the 2017 Tax Legislation. The Priority Guidance Plan is meant to identify projects that the Treasury Department and the IRS hope to complete during the period beginning July 1, 2017 and ending June 30, 2018. However, as noted above, multiple projects have been outstanding since the prior administration. It’s unclear whether these projects will be addressed within this period or whether they will be carried forward again in future Priority Guidance Plans. Expectations of forthcoming regulatory guidance on projects that aren’t described as near-term priorities should be tempered by considerations of the Trump administration’s stated goal of deregulation and minimization of tax regulatory burdens, as evidenced by the notice of proposed rulemaking.