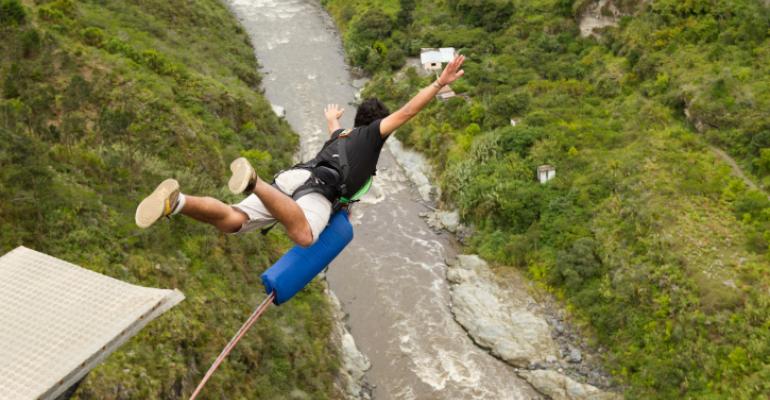 In 1978, Randy Curtis Bullock became trustee of his father’s trust.  The trust’s sole asset was a life insurance policy with a $1 million death benefit and accumulated cash value, and Randy and his four siblings were the only beneficiaries.  Pursuant to the trust’s terms, Randy was only allowed to borrow from the trust to pay the insurance premiums and/or to satisfy a withdrawal request.  Nevertheless, Randy borrowed from the trust three times: 1) to satisfy a debt on his father’s business; 2) to allow him and his mother to purchase certificates of deposit; and, 3) to allow him and his mother to purchase real estate.  The total value of the loans was approximately $263,000.  Randy asserts that all of the loans were evidenced by notes to the trust, secured by first mortgages on property and repaid in full with interest.

In 1999, Randy’s two brothers filed suit in Illinois state court alleging that Randy had breached his fiduciary duties as trustee.  The court granted the brothers’ motion for summary judgment in 2002, finding the loans made by Randy while acting as trustee were self-dealing transactions.  The trial court entered judgment against Randy in the amount of $285,000 and placed the property obtained via the borrowed funds—a mill in Ohio—under constructive trust.  The constructive trust was awarded to BankChampaign, which replaced Randy as trustee.

Randy maintains that the bank refuses to sell the mill, his share of which would allow him to satisfy the judgment, so he filed for Chapter 7 bankruptcy protection in the Northern District of Alabama to discharge the debt.  BankChampaign responded in early 2010 with an adversity complaint, alleging that the state court judgment wasn’t a dischargeable debt under 11 U.S.C Section 523(a)(4) because Randy had incurred the debt through misappropriation of funds, or “defalcation,” while acting in a fiduciary capacity.  In May, 2010, the Bankruptcy Court granted the bank’s motion for summary judgment and held that Randy was collaterally estopped from challenging the state court judgment.  The Alabama court also questioned the propriety of the bank’s actions, stating that “holding collateral hostage in perpetuity is impermissible.”  However, the court stated that whether or not the bank abused its position of trust wasn’t the issue before the court, and if Randy wanted to bring the bank’s actions or inactions to light, he should do so via an Illinois action.  On appeal, the Eleventh Circuit affirmed the bankruptcy court’s determination.

The appellate panel noted a split among the circuit courts as to the definition of “defalcation” under Section 523(a)(4).  On one hand, the Fourth, Eighth and Ninth Circuits hold that even an innocent act by a fiduciary can rise to the level of defalcation.  On the other hand, the Fifth, Sixth and Seventh Circuits require a showing that the fiduciary performed recklessly.  The First and Second circuits require extreme recklessness.  Ultimately, the Eleventh Circuit chose to go along with the circuits requiring a showing of recklessness to establish defalcation, and they agreed with the bankruptcy court’s determination that Randy had, indeed, committed a defalcation when he made the three loans from his father’s trust.

Randy is now looking to the U.S. Supreme Court.  He asserts that his case gives the Court “a compelling opportunity to resolve a deep and long-standing conflict among the federal circuits concerning the meaning and application of the phrase ‘defalcation while acting in a fiduciary capacity’” in Section 523(a)(4).   Randy is also asking the Court to uphold the “extreme recklessness” standard followed by the First and Second Circuits. Partially as a result of the efforts of a group of Emory Law School students, the U.S. Supreme Court has granted Randy's petition for a writ of certiorari to delineatea definition of defalcation that will provide more certainty to fiduciaries across the country.

It remains to be seen what impact their decision may have on fiduciary law in general outside the bankruptcy context, if any.  We’ll report on the Supreme Court’s decision in a future column.