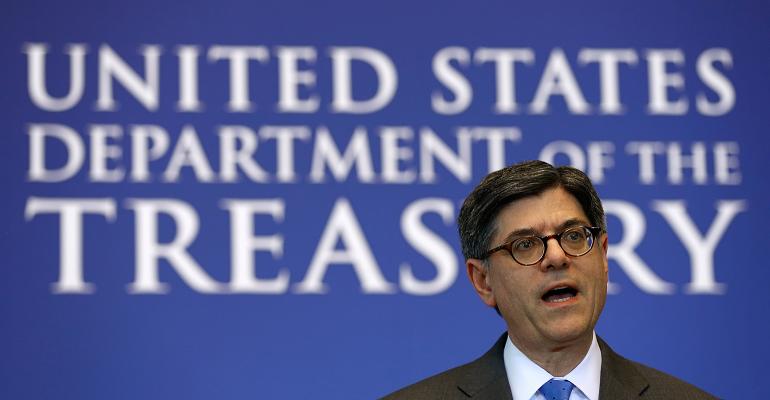 On May 5, 2016, the Department of the Treasury announced it would be proposing regulations that would impose reporting and record-keeping obligations on foreign-owned disregarded entities formed in the United States. These regulations wouldn’t change the tax treatment of these entities as disregarded entities for federal income tax purposes. They would only require such entities to file certain information returns with the Internal Revenue Service (IRS) and to maintain documents and records to the extent necessary to determine the correct U.S. tax treatment of transactions with related parties. Despite the limited scope of these proposed regulations, their promulgation would be very significant because they would require these entities to provide the IRS with the name, address and other identifying information concerning the foreign owner of the entity.

The United States and other countries have been engaged over the last several years in an aggressive effort to root out offshore tax evasion. The recent revelations concerning the Panama Papers have put this issue into the international spotlight. The primary approach in this effort has been to increase transparency in financial reporting around the globe, first with the enactment in the United States of the Foreign Account Tax Compliance Act of 2010 (FATCA) and later with the promulgation of Common Reporting Standards by the Organisation of Economic Co-operation and Development. These efforts have largely been perceived as effective, but they’ve imposed substantial compliance burdens on financial institutions and investors. There have been some grumblings to the effect that the United States, while pushing for these reforms, has allowed foreign persons to form legal entities without disclosing the identity of the owners, thereby thwarting efforts by other countries to ensure that their residents are complying with their tax obligations. To answer these complaints and to maintain its leadership position in this global effort, the U.S. Treasury announced that it would be taking steps to increase transparency with respect to U.S. legal entities formed by foreign persons.

Specifically, Treasury Secretary Jacob Lew announced that the U.S. Treasury would be pursing three initiatives to further this objective: (1) the proposed regulations discussed herein, (2) legislation that would require disclosure of the beneficial owners of legal entities at the time those entities are formed, and (3) rules requiring banks to identify and verify anyone who owns 25 percent or more of a legal entity holding an account or certain persons who control that entity.1

Currently, a single-member limited liability company (LLC) formed in the United States that doesn’t elect to be taxed as a corporation is generally not required to file a tax return or obtain an employer identification number (EIN). In the absence of a return filing obligation or the identification of a “responsible party” on an application for an EIN, the United States has had difficulty fulfilling its obligations under international tax treaties and tax information exchange agreements to provide other countries with relevant information about the owners of those U.S. entities. The proposed regulations would expand the information reporting obligations applicable to foreign-owned disregarded entities, but, as stated above, wouldn’t change their tax treatment as disregarded entities.

Specifically, the proposed regulations would make three significant changes. First, disregarded entities formed in the United States would be required to file a Form 5472 information return if they were wholly owned by one foreign person. Form 5472 requires 25 percent foreign-owned U.S. corporations to report the name, address and certain identifying information with respect to foreign shareholders and transactions between foreign related parties. These requirements are imposed under Internal Revenue Code Section 6038A. In the case of domestic disregarded entities, the proposed regulations would establish an additional category of “reportable transaction” with related parties, including any sale, assignment, lease, license, loan, advance, contribution or other transfer of any interest in or a right to use any property or money, or the performance of any services for the benefit of or on behalf of another person.

Second, the proposed regulations would require U.S. disregarded entities with a single foreign owner to maintain such records as may be appropriate to determine the correct tax treatment of transactions with related parties, as prescribed by IRS regulations. These requirements are also set forth in IRC Section 6038A.

Third, the proposed regulations would require a U.S. disregarded entity with a single foreign owner to submit Form SS-4 and obtain an EIN. This will require identification on Form SS-4 of a “responsible party.” In this case of an entity that isn’t publicly traded or registered with the Securities and Exchange Commission, a “responsible party” is the “individual who has a level of control over, or entitlement to, the funds or assets in the entity that, as a practical matter, enables the individual, directly or indirectly, to control, manage or direct the entity and the disposition of its funds and assets.”

The proposed regulations are one piece of a multi-pronged effort by the U.S. Treasury to increase transparency in global financial reporting. The Treasury indicated in the proposed regulations that it’s also considering changes to corporate, partnership and other information returns to require identification of all foreign and domestic disregarded entities owned by the filer of the return. Although there will certainly be organized resistance to these initiatives, the current political climate continues to point in the direction of more transparency and greater compliance burdens for cross-border investors.