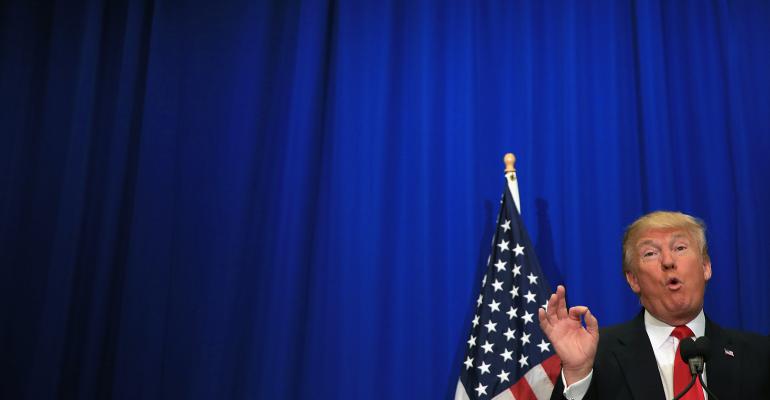 Preparing for Shifts in Philanthropic Planning During the Trump Era

Donald J. Trump’s election, along with a Republican Congress, will likely have widespread implications for philanthropic planning for high net worth individuals, an increasingly crucial gift source for nonprofits across the nation.

As year-end approaches, clients who are philanthropic-minded are probably wondering: Given the potential major policy shifts, how should I modify my charitable giving plans—particularly before Dec. 31—to best make a positive difference in the world?

Practitioners should be cautious about implementing philanthropic planning moves in advance of tax legislation that won’t be introduced until next year. And the repercussions of a new administration’s plans on philanthropic giving aren’t yet understood.

There are a number of ways a Trump administration could increase incentives for charitable giving. For example, if Trump and Congress reduce marginal tax rates, which seems probable, affluent clients will see an increase in after-tax income and presumably have more available to donate. And if the estate tax is repealed and wealth further concentrates in the uppermost stratum, substantial gifts to nonprofits might get even bigger. Also, pro-business federal policies could result in a strong stock market, larger foundation endowments and higher grant pay-outs.

Conversely, comprehensive tax reform in 2017 could lead to fewer incentives for—and a decline in—charitable giving. The Center for Tax Policy estimates that Trump’s plan could reduce individual giving by 4.5 percent to 9 percent (between $13.5 billion and $26.1 billion) in 2017, because the after-tax value of the charitable tax deduction would shrink due to the lower marginal tax rates.¹ Trump’s plan to raise the standard deduction and put a $200,000 per-couple cap on itemized deductions might discourage giving. Although Trump’s plan includes abolishing the estate tax, he could instead impose a capital gains tax on assets left to heirs above a set threshold and disallow a deduction for donating appreciated assets to a foundation—which will negatively influence charitable contribution and bequest decisions.

Although much remains uncertain about the election’s influence on philanthropy-related regulations for 2017, we can identify some year-end giving strategies today to help wealthy clients pivot quickly and use an array of vehicles to shrewdly allocate their dollars to advance the public good.

To start, clients should accelerate deductions by making charitable gifts now. Doing so will result in a tax benefit that isn’t subject to an overall cap or some other restriction on allowable itemized deductions that may be part of a 2017 tax reform package as a trade-off for lower tax rates. So, by 2016’s end, practitioners might suggest to clients to make donations—perhaps large, bold ones—to a public charity, donor-advised fund or private foundation.

Philanthropists may want to expedite donations to the nonprofits they most value—especially if they anticipate that these organizations may soon experience public funding cutbacks and want to proactively undergird them. Consider suggesting flexible unrestricted donations to select nonprofits so they can be nimble during this unstable period. Additionally, it may be worth examining a shift in the allocation of philanthropic funding among the national, state and local levels, or between public policy advocacy efforts and direct services.

Meanwhile, keep in mind less traditional vehicles affluent clients can employ to do good. Consider proposing targeted investments through private equity deals in companies that might align with their values related to social and environmental impact. Or, if the Trump administration ramps up federal infrastructure spending, there could be opportunities to make these direct impact investments in the clean energy, affordable housing and sustainable water and waste management industries. Finally, clients can explore creating a limited liability company as a flexible entity for not only philanthropic good, but also for impact investments or political campaign donations.

Change may be the only constant for philanthropies, nonprofits and companies during the next year. Now’s the time to anticipate possible scenarios and offer well-informed decisions accordingly. By being proactive and pivoting quickly amid this transitional period, there’s an opportunity to generate a bigger bang for the buck and maximize the positive impact on the world.