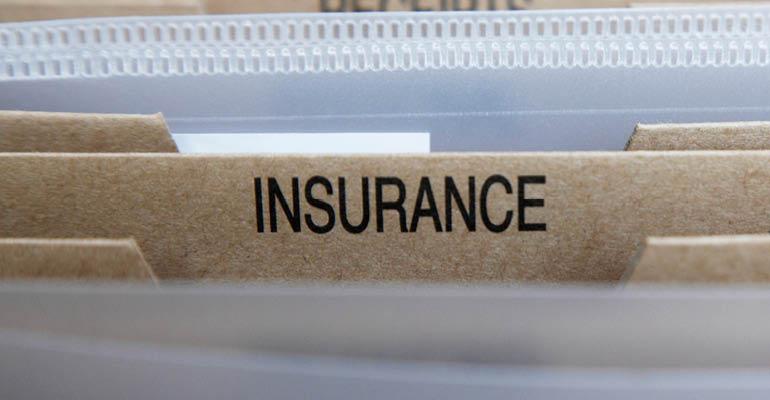 Prepare for the Options

The biggest events of 2016 affecting life insurance are, in order of importance, the election of Donald J. Trump as President of the United States (and the Republican majorities in the House and Senate), the Tax Court’s ruling in Estate of Clara M. Morrissette v. Commissioner on intergenerational split-dollar arrangements and the proposed regulations issued by the Internal Revenue Service under Internal Revenue Code Section 2704 (proposed regs). Here’s how these events could impact life insurance planning.

In tax legislation and budgetary matters, both members of Congress and the President vote. President-elect Trump can’t change tax law unilaterally. Prime movers that will affect what happens in the tax arena are the budget and the debt ceiling. Do the Republicans want to have a revenue-neutral budget? How high are they willing to raise the debt ceiling, if at all? Will they use dynamic scoring showing increasing tax revenue based on the theory that tax cuts will produce more spending and growth in the economy—increasing the tax take, albeit at lower rates?1 Additionally, they need to pay for President-elect Trump’s infrastructure plan if passed, which is favored by both parties.

Two offices make projections based on assumptions in the budget:

2. The Congressional Budget Office (CBO). This office is responsible for making non-partisan forecasts and recommendations to Congress. The Speaker of the House and the President pro tempore of the Senate appoint the head of the CBO.

Both the OMB and the CBO have control over the information that Congress uses in making decisions.

We don’t yet know what will happen regarding changes to the tax laws, but here are two possible scenarios and how to prepare for them.

Scenario 1: The estate tax is repealed, step-up in basis is still in effect and the gift tax is left in place. Under this scenario, as in the estate tax holiday of 2010, the only plan that works is dying during repeal. As a reminder, the estate tax was repealed before and then was re-enacted. If there isn’t a capital gains tax at the time of death using the decedent’s basis, the impetus for tax planning is reduced. Also, life insurance for estate planning is a tougher sale if it’s going to be used to cover the estate taxes. However, with the gift tax remaining in place, clients still need to plan. It’s not clear which, if any, states will continue with their own estate taxes. If clients understand the uncertainty of permanent repeal and that they can’t make whatever gifts they want without paying a tax, some (the smart ones) will still plan for the tax and consider life insurance.

If there’s a gift tax, regardless of whether there’s an estate tax, a strategy using loan regime split-dollar under Treasury Regulations Section 1.7872-15 is attractive. The Treasury regulations allow loans for life and the accrual of interest. Because it’s a loan, there are no taxable gifts. Using a grantor trust while accruing the interest won’t create an IRC Section 7872 original issue discount (OID) problem. (In the year the grantor dies, there will be OID to the extent of that year’s interest.) With the likely rise in interest rates, using a lump-sum loan for the life of the insured will lock in the long-term adjusted federal rate.2 (The December 2016 rate was
2.26 percent.)

Scenario 2: Same assumptions as in Scenario 1 except there’s a tax on capital gains at time of death. This scenario is especially interesting. According to various articles, the effective tax rate on estates that pay taxes is 16.6 percent.3 While only assets that have appreciated will be taxed under this scenario, the current capital gains rate is 20 percent.

This tax creates the same situation that an estate tax presents—the tax is due but the liquidity may not be there. Some estates may currently qualify to elect treatment under IRC Section 6166. (I saw a business fail because the decedent relied on Section 6166 as his estate plan.) Will there be a deferral election available for capital gains taxes at death? How each estate will be affected depends on that estate’s facts and circumstances, and life insurance will be useful to provide liquidity.

Regardless of whether estate and/or gift taxes are repealed, life insurance will still be useful in estate planning for other reasons. When heirs are going to receive different assets from the estate (such as one receiving the business interest while others don’t), life insurance can be used to equalize the result. Many businesses will still need business continuation planning: stock redemption and/or buy-sell arrangements. These agreements typically provide for a payout of any balance due with interest over time. The question is: Will the business and/or the individual be able to make those payments? This question should be addressed and modeled before drafting the agreement. It can be disastrous for the decedent’s family if they were depending on receiving money for the value of the business and don’t receive it (often, they need a lump-sum payment). Life insurance takes away the uncertainty and minimizes the effect on the business and/or the other owners. Key person insurance may also help a business survive and make a successful transition after losing an important person.

Much has been written about Morrissette,4 an intergenerational-split dollar5 case. Clara Morrissette’s revocable trust owned a $30 million receivable as a result of a split-dollar advance,6 and hence, this amount was in her estate. When she died, the estate had the receivable appraised, and based on that appraisal, the estate claimed the receivable was worth approximately $7 million.7 The IRS issued notices of deficiency (demanding more than $15 million), arguing, among other things, that the $30 million advance was a gift at inception and not a split-dollar arrangement. Morrissette is the only intergenerational split-dollar case that’s been tried. All the other cases involving such arrangements were settled before going to trial.

There’s a big BUT regarding this decision: The IRS hasn’t acquiesced to the court’s ruling. This is the first round in a multi-round fight. Stay tuned.

In August 2016, the IRS issued proposed regs under Section 2704 that limit the availability of discounts of transferred interests in many family-controlled entities for estate, gift and generation-skipping transfer (GST) tax purposes. The proposed regs treat the lapse of voting or liquidation rights as an additional transfer and disregard certain restrictions on liquidation in determining the fair market value of a transferred interest.

The proposed regs only make life insurance more attractive. Without the ability to discount asset values, transactions such as grantor retained annuity trusts and sales to grantor trusts have a higher hurdle to reach for the transaction to be effective. Life insurance and the techniques used to fund life insurance (for example, split-dollar) aren’t affected. Additionally, as discussed previously, a properly structured loan split-dollar arrangement with an irrevocable trust won’t involve gifts, and the trust can include GST tax provisions without ill effect.

Cathy Hughes of the Treasury Office of Tax Policy addressed an American College of Trust and Estate Counsel meeting in Charleston, S.C., where she told the attendees that the proposed regs aren’t what the IRS intended, and they’re going to revisit the discount issue. More importantly, President-elect Trump nominated a former Goldman Sachs banker Steven Mnuchin to be  the new Secretary of the Treasury. Since the Treasury decides what will and will not be done, it’s doubtful that the proposed regs will survive in the new administration.

It looks like 2017 will be an interesting year. The above issues will continue to play out. We have to be aware of the options and plan for the results.

2. Treasury Regulations Section 1.7872-15(e)(5)(ii)(C) covers the method to determine which adjusted federal rate (AFR) to use for loans until death. It’s determined by the age of the insured at the time the loan is made using the table in Treas. Regs. Section 1.72-9. If the life expectancy is longer than nine years, the long-term AFR is used.

5. Intergenerational split-dollar is done by a member of a senior generation setting up an irrevocable life insurance trust (ILIT) with the children being the insureds, usually generation-skipping. The person setting up the ILIT enters into a split-dollar arrangement to pay the premiums. The advance or loan is payable at the death of the insured. If the grantor dies before the insured, the receivable is in the estate. The date of repayment of the receivable is unknown (do you know when you’re going to die?), and the value is based on the life expectancy of the insured at assumed discount rates.

6. The term “advance” exists in Treas. Regs. Section 1.61-22 to distinguish it from a loan. In an advance, the party advancing the money in an economic benefit split-dollar arrangement gets back the greater of the cash surrender value or the accumulated premiums. This differentiates if from a loan in that there’s no interest payable.

7. The appraiser adheres to the principle of fair market value (willing buyer-willing seller). In so doing, the valuation is based on, using current mortality tables, the probability that the insured will die in each year, multiplied by amount owed under the split-dollar arrangement. Then the appraiser takes the results of that and does present value calculations at varying interest rates to arrive at a final result.