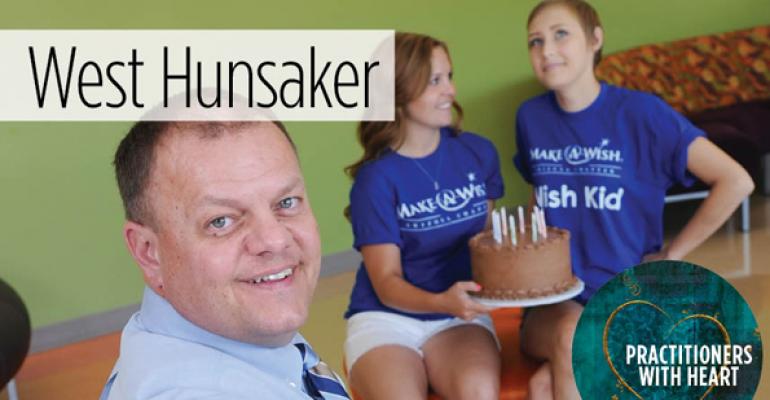 West Hunsaker’s daughter Cassie and her friend, Katie, were inseparable. That’s why West was devastated two years ago by the news that Katie had Stage 4 of Rhabdomyosarcoma, a rare cancer. One of his first reactions was to call Phoenix Children’s Hospital and ask what he could do—and today, he’s active on the hospital’s planned giving committee. Soon thereafter, West started to think about what Katie would want if she could have a wish come true. “I literally picked up the phone and called Make-A-Wish Foundation America. I just found a name, explained Katie’s story and asked how I could help.” And, therein lies the genesis of West’s involvement with both the national office, based in Phoenix, and the Arizona chapter. He serves on the National Planned Giving Advisory Council and is assisting in setting up planned giving councils for additional chapters. “None of this would be possible, however, without the unwavering support and encouragement from the partners of my firm,” West acknowledges.

“It’s honestly a very humbling experience. But it’s fun, too,” says West, who’s now a Wish Granter for Make-A-Wish Arizona. Recently, West met 12-year-old Daniel, a cancer patient who underwent a bone marrow transplant. On his first visit to Daniel’s home, West asked Daniel what his wish was. West assumed it would be something large scale, like a trip to Hawaii. “Pretend it’s your birthday. The candles are lit. You can wish for anything. What would your wish be?” instructed West. Daniel’s response? “I’d love to spend the day at Arrowhead Mall.” Daniel had been to the mall exactly once in his life—and fondly remembered that visit.

Floored by such a simple request, West sprung into action. “How can we make this the most amazing day ever?” was West’s question to his co-Wish Granter. And, amazing it was. The mall opened early, and over 150 employees greeted Daniel and his family with signs and cheers. Like a rock star, Daniel arrived via limousine and had the place to himself: He rode bicycles from Dick’s Sporting Goods, played basketball, built Legos and bought clothing. At the mall’s Subway Shop, Daniel was dubbed “Sandwich Artist” and made sandwiches in whatever fashion he wanted—for himself and his family. By the time Daniel left, his limo was filled with souvenirs from his outing: bicycles, Lego sets and clothing—all made possible through the generosity of the store managers and employees.

“I look at these children and see the ability to help them forget everything, even if it’s just for a day. For a parent, when you see your suffering child smile for just a little bit, it means the world.” 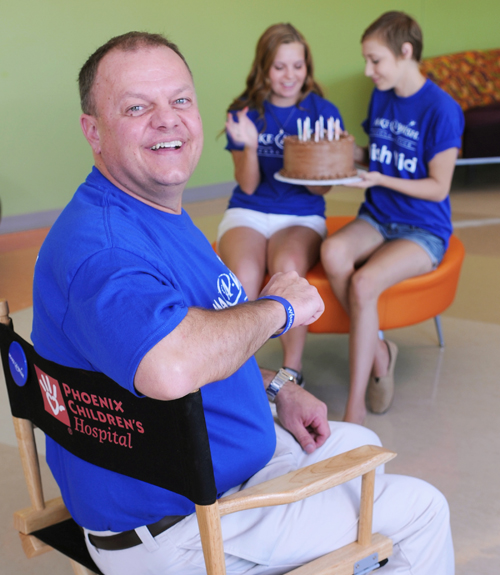