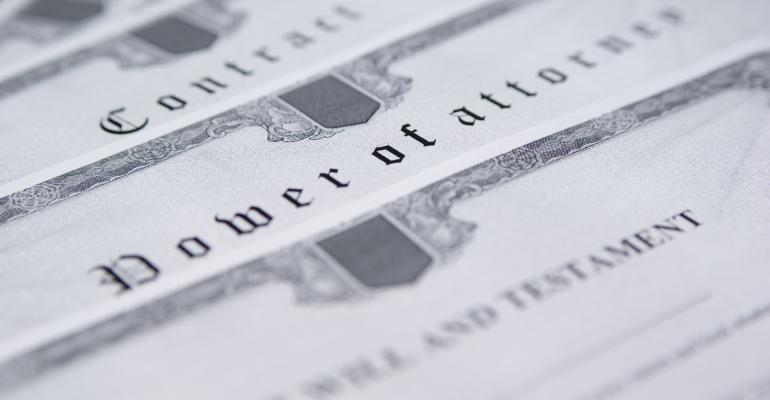 Powers of Attorney: To Spring or Not to Spring?

Good advisors recommend their clients of all ages have powers of attorney (“POAs”) in place.  This includes both durable POAs for property and POAs for health care (also known as health care proxies).

The primary reason for executing POAs for health care is to designate a particular agent to represent the principal rather than relying on the default state surrogacy act, if any.  The primary reason for executing POAs for property is to empower an agent to act on behalf of the principal in case the principal becomes permanently or temporarily disabled.  If broad enough, POAs for property can avoid the need for court appointment of a guardian or conservator.

There are a number of questions when drafting POAs, such as whether to name co-agents (usually a bad idea), whether to specify that the agent can fund a living trust (almost always a good idea), and whether to permit the agent to make gifts (generally a good idea if drafted carefully to facilitate estate-planning goals and avoid granting a general power of appointment to the acting agent).

But the biggest and apparently most hotly debated question is whether or not POAs should spring—meaning whether they should be effective immediately upon execution (typically the statutory default) or whether they should become effective only upon a determination that the principal is disabled (that is, spring into effectiveness upon the triggering event of disability).

The argument I hear in favor of springing powers is that the agency might be too much power to grant an individual who may be tempted to abuse the power.  For example, a child may abuse the power by withdrawing cash for personal use from a parent’s account, or a spouse may disrupt the division of assets in contemplation of a divorce.

The opposing view recognizes that generally POAs for healthcare are used only when the principal can’t communicate for himself or herself, and often in an emergency situation like a car accident or other health crisis.  Therefore, the delay of jumping through hoops to make the instrument effective wastes time, incurs unnecessary costs and delays urgent action.  Like healthcare powers, property powers also are often used in emergency situations (for example, to pay bills, deposit checks or communicate with the principal’s attorneys, accountants and financial advisors when the principal has been in an accident).

Rather than waiting for an accident, elderly clients may need the assistance of an agent currently. They may need help with such activities as paying bills and reviewing account statements to protect their assets from fraud.  Ideally the agent is empowered to take action on their behalf even before they’re deemed to be officially “disabled.”  In such situations, springing powers prevent the named agent from providing the sorely needed assistance.

Moreover, depending on how “disability” is determined in springing powers, it can be difficult to establish when the powers are effective.  Ordinarily they should be drafted to match the process of determining disability under the principal's revocable living trust so that one instrument determining disability can be sufficient to trigger disability under both POAs and the revocable trust.  For example, a “Determination of Disability” form could be designed to be executed by a spouse, both living parents or a majority of adult children and consented to by a treating physician.

Problematic springing powers I’ve seen include those that fail to set forth a simple process for determining disability and instead require the agent to initiate guardianship proceedings for a determination of disability before the agent can act.  In another case, the springing power required a determination by three physicians, yet the principal refused to be examined by a new doctor.  Her primary treating physician determined she was disabled, but insisted there was no way he could arrange for two colleagues to agree without independent examinations.

While not appropriate for everyone, in my experience, having POAs effective immediately can sometimes be extremely useful even when clients aren't elderly.

In a relationship in which spouses trust each other, it facilitates one spouse signing for the other in situations, such as refinancing a mortgage, leasing or buying a car and various mundane transactions (for example, responding to concerns about fraud on a spouse’s credit card) when the principal spouse is unavailable due to work or other reasons.

Clients who are hesitant to trust a spouse or other named agent completely can simply limit access to durable powers that are in effect. The attorney or other trusted advisor can hold the originals and duplicates of the instrument and be instructed to deliver them to the agent only if the attorney or other trusted advisor agrees that the circumstances warrant the agent’s immediate action on the principal’s behalf.  The instruments can also be revoked at any time. Additionally, often the majority of assets will be titled in a revocable living trust, so the agents have no authority to interact with those assets unless the agent is also co-trustee. When clients have concerns about trusting their named agent with this power when they’re not disabled, query whether they’re naming the ideal person to handle their affairs upon disability. Certainly, that’s a situation in which trusting the agent to act properly will be even more important, as there would be less oversight.

As with other important decisions, ultimately whether to spring or not to spring is a decision that clients should make for themselves each time they execute a set of powers.  The decision will depend on whom they name as agent(s) and the specifics of their current health and asset titling situation.

What do you typically advise -- springing or not springing?