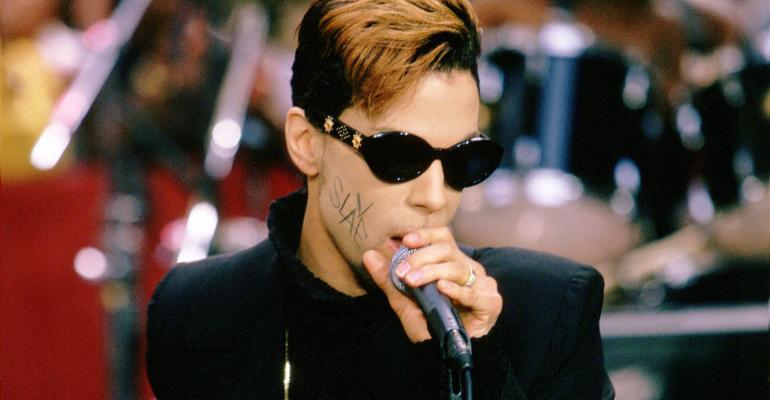 Regardless of whether Prince had a will, it&rsquo;s probable that the value of Prince&rsquo;s estate will be subject to substantial scrutiny and challenge.

The shocking news of the death of Prince Rogers Nelson last week continues to dominate celebrity media coverage. This coverage is due in part to the untimely death of a music icon but also in part to the fascination with what will come of the vast music library and image Prince cultivated throughout his public life. An important legal aspect of this involves the complex issues surrounding control of Prince’s valuable intellectual property rights, including his music, unreleased works and image and likeness. Here are some of the intellectual property issues sure to be addressed by those in control of Prince’s estate, starting with the valuation of his “name,” and some best practices that artists should consider in their estate planning.

Prince’s interest in protecting his works and image are well known. For example, in 1993, he changed his stage name from “Prince” to an unpronounceable symbol and later scrawled “SLAVE” across his face at a performance at Rockefeller Plaza. At the time, he explained to Rolling Stone magazine, “I don’t own Prince’s music. If you don’t own your masters, your master owns you.”1 Prince was rebelling against the constraints of what he saw as his servitude to Warner Bros. Records, where he’d been under contract since 1977, and its control over what music he released and when he released it. In essence, he was trying to re-take his identity.

Given Prince’s seeming obsession with maintaining control over his persona and work during his lifetime, it seems inconceivable that, if early rumors prove to be true, he didn’t have a will. Dying without a will in Minnesota would mean that Prince’s substantial estate would pass according to the laws of intestacy, not as Prince himself might have dictated. As Prince didn’t have a spouse or descendants (his only child, Boy Gregory, died one week after birth), the Minnesota statutes would direct his entire estate, including his intellectual property, to be distributed to his parents or, if they weren’t living, to his parents’ descendants.2 Prince’s parents died over a decade ago, meaning that Prince’s siblings or his deceased siblings’ descendants stand to inherit his fortune.

Regardless of whether Prince had a will, it’s probable that the value of Prince’s estate will be subject to substantial scrutiny and challenge. Preliminary estimates place Prince’s fortune at $300 million. It’s unlikely, however, that anyone knows the current value of his estate with any degree of precision. Thousands of unreleased songs, reportedly enough to release an album a year into the 22nd century,3 are locked in a bank vault in the basement of Prince’s Paisley Park compound. In addition, as has been the case following the deaths of many celebrities, sales of Prince’s released albums have surged. Three of his albums reached the top 10 of the Billboard 200 albums charts in the days following his death.4 If whoever inherits the rights to Prince’s work manages the rights shrewdly, the name “Prince” could possibly be worth more than it was during Prince’s life.

The valuation issue is at the heart of a Tax Court case pending against the executors of Michael Jackson’s estate. At the time of his death, Jackson was approximately $400 million in debt5 and faced potential liability for alleged child molestation. His executors valued his name and likeness at $2,105. In contrast, the Internal Revenue Service contends that the value of Jackson’s name and likeness is $434 million.6

Trial on this issue is set for 2017, but if author V.C. Andrews’ estate is any indication, the result will be a determination that the value of Jackson’s name and likeness is somewhere in between. In Estate of Andrews v. United States,7, the IRS prevailed in its claim that Andrews’ estate should have included her name as an asset of her estate (an issue of first impression at that time), but the court rejected the IRS’ valuation of $1,224,910.84, concluding that Andrews’ name had a value of $703,500 at the time of her death.8

In favor of the IRS’ attempts to assess estate tax on celebrities’ names is the fact that the commercialization of dead stars is a booming business. In fact, Elvis Presley’s estate continues to collect millions almost 50 years after his death, and Graceland is the most visited home in the United States, following the White House.9  Seven of Tupac Shakur’s posthumously-released albums went platinum.10 Moreover, modern technology such as holographic images allowed Tupac Shakur to join Snoop Dogg and Dr. Dre at Coachella in 2012 and Michael Jackson to perform at the 2014 Billboard Music Awards. Whitney Houston’s estate has partnered with Hologram USA on a world tour featuring Houston’s holographic image.11

The value of a decedent’s gross estate is the value of all property at the time of death.12 Events after a decedent’s death may be considered in determining value to the extent those events are reasonably foreseeable.13 After cataloging Prince’s vault, it will eventually be known how many unreleased songs exist; however, it’s difficult to predict how successful those unreleased songs, many of which may be unfinished, will be prior to releasing them.

Valuation is further complicated by termination rights under Section 203 of the 1976 Copyright Act. While copyrights and their associated rights may be bequeathed by will or, in the absence of a will, pass by intestate succession laws in the same manner as personal property,14 Section 203 gives artists a termination right over any transferred copyright during a five-year period that begins 35 years after the date of transfer, allowing a testator’s intended disposition to be thwarted.15 If the artist dies before the termination period begins, that termination right automatically vests in the artist’s surviving spouse and/or descendants or, if none, the artist’s executor, administrator, personal representative or trustee, regardless of what the artist’s will said.16 Thus, even if Prince had previously assigned certain songs to a studio, the executor of his estate may have the right to terminate that transfer. As a result, this termination right should also be considered in valuing Prince’s estate.

Second, the purchase of a whole life insurance policy and placement of it in an irrevocable insurance trust may be advisable to ease the eventual estate tax burden. Given that Prince once threatened to burn the contents of his vault,17 perhaps to avoid allowing others to control its disposition, exploitation of his unreleased music was probably the last thing he would have wanted, but it may be necessary if the estate tax due exceeds the value of his liquid assets.

Alternatively, if the individual is charitably inclined, intellectual property can be bequeathed to charity and qualify for an estate tax deduction. For example, Prince’s estate could be entitled to a deduction if Prince, a devout Jehovah’s Witness, bequeathed property to his church as has been rumored in the days since his death.

Finally, artists could remove future appreciation and cash flow potential on their work from their estates without any gift or estate tax charged on that growth or income through traditional estate-planning techniques, such as funding an irrevocable grantor-retained annuity trust or selling the property to an irrevocable trust in exchange for a promissory note.

It’s uncertain when, or if, the details of Prince’s estate, including the control and disposition of his immense intellectual property rights, will be made public. However, Prince’s untimely passing serves as a reminder of steps that can be taken by artists in their own estate planning.

9. Zoe Brennan, “The DEAD rich list: As Michael Jackson makes £168m in the year after his death, who else earns the most from beyond the grave,” DailyMail.com (June 28, 2010), www.dailymail.co.uk/tvshowbiz/article-1290162/As-Michael-Jackson-makes-168m-death-DEAD-rich-list.html.

14. 17 U.S.C. § 201(d)(1). It is important to note, however, that the copyright is not automatically transferred along with its associated object. For instance, if Prince does have a will and bequeathed certain recordings to a friend, the friend will not receive the copyrights to those recordings unless the will expressly says so.  Michelle Bergeron Spell & Jodi Lipka, The Pitfalls Concerning Copyrights, Trusts & Estates Special Report: Art, Auctions & Antiques, Apr. 2015, at A25.