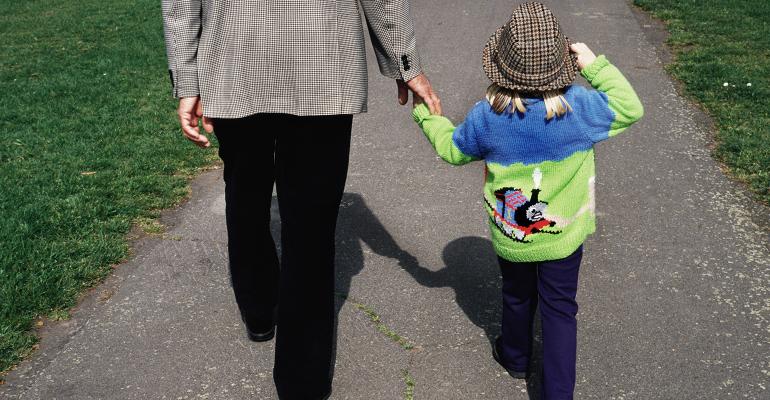 Leave the retirement account portion of an estate to children in lower tax income brackets.

The two-fold concern created by the Setting Every Community Up for Retirement Enhancement (SECURE) Act is that not only must all of the tax on defined contribution plan (DCP) benefits (which, for this purpose, includes individual retirement accounts) be paid much earlier than in the past but also, the tax rate on the receipts will likely be much higher than in the past, due to the bunching of income during a period when the recipients are likely to be in their peak earning years (for example, ages 55 through 65).

Clients can consider a number of alternatives to mitigate the adverse effects of the SECURE Act.  One idea that directly involves the estate-planning attorney is to pay all or part of the IRA or DCP portion of the owner’s estate to lower income tax bracket beneficiaries.  The theory here is that, if we have to live with the new law, at least we can minimize its effects by planning our estates in a tax wise manner.

Assume, for example, that an IRA owner has four children, two in high income tax brackets and two not.  Why not consider leaving the IRA portion of the owner’s estate to the children in lower income tax brackets, with the basis stepped-up assets to the others?  Of course, a drafting adjustment should be made for the fact that the lower tax bracket children will be receiving taxable income, whereas the others won’t be.  The amount of these compensating adjustments may need to be changed over time, depending on all relevant factors, including the children’s anticipated future income tax situations.

Here’s a sample form to illustrate one type of tax adjustment clause that can be used as part of this option:

If, upon the death of the grantor, via beneficiary designation, the grantor’s retirement assets (as defined in ARTICLE __, below) are not distributed to or in trust for the benefit of the grantor’s descendants on a per stirpes basis (the term “per stirpes” being defined in ARTICLE __, below), then, notwithstanding any other provision of this instrument to the contrary, in distributing the shares of the trust estate passing pursuant to the provisions of ARTICLE __ hereof, the value, as of the date of the grantor's death, of all retirement assets which are distributed to any individual or trust via beneficiary designation (valued as of the date of the grantor's death) shall be added to the value of all of the assets passing under ARTICLE __ hereof for the purposes of determining the shares under said ARTICLE, and the share or shares of the individuals or trusts under said ARTICLE shall then be reduced (but not below zero) by the amount (as so valued) of retirement assets passing to the individual or trust via beneficiary designation.

Assume also that, again with your guidance, the client elects to make a specific cash gift to A of $200,000 to compensate A for the income taxes A will need to pay on the $1 million IRA.  Based on the aforesaid assumptions, the above form language would result in the client’s $2.5 million total assets being distributed as follows:

b. Child B would receive $1.15 million cash, investments and real estate, with no benefits under the IRA and no compensating adjustment because B won’t be paying taxes on IRA distributions.

Each child receives an identical amount, net of taxes, and the family as a whole comes out $100,000 ahead.

The above-outlined plan has the additional benefit of essentially treating the SECURE Act as an estate tax on the client’s estate.  Most clients wish for their assets to pass equally to their children at their deaths, after all taxes.  The above tax-wise IRA beneficiary plan helps carry out this intent, saving the family significant tax dollars, in the process.