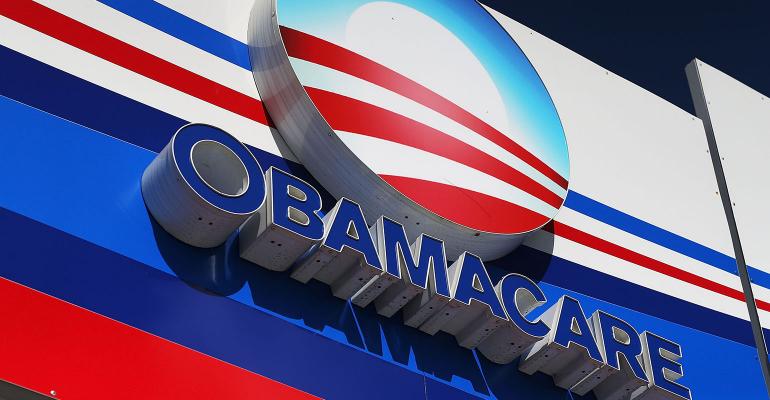 Help your clients prepare for these changes.

President Donald J. Trump and the new Republican-controlled Congress made it clear very early on that repealing the Affordable Care Act (ACA) would be one of their top priorities heading into 2017. Recently, both the House and Senate took the first steps towards that goal by passing a budget resolution that will ease the repeal process, and Republicans have set a Jan. 27 deadline for repeal to be completed. Republican leaders also recently said that the repeal of the ACA would happen simultaneously to a replacement program being enacted. Given the complexity of a replacement bill, there may ultimately have to be a delay in that repeal deadline.

Given the complexity of the existing health care plan, it’s also realistic to expect the plan to continue to remain in place for a period of time, even after a repeal vote. Republicans have said that nobody covered under the current act would lose their coverage. This implies that at least some aspects of the existing program will have to continue until the new plan is in place.

The repeal process could result in a blanket repeal of the entire act, rather than just eliminating specific provisions. If that’s the case, there will be a variety of health and non-health related rules that will be impacted, including several tax laws. Below are several items that would be impacted by a full repeal. It’s important to note that the replacement plan Republicans intend to introduce doesn’t yet exist. It’s very possible that some of these provisions could return in whatever replacement plan is ultimately proposed.

Two of the most impactful taxes that were included in the original ACA were both designed to support the Medicare program. These taxes have been in place since 2013, and both only impact couples with income over $250,000 (singles over $200,000):

The 3.8 percent tax on net investment income applies to capital gains, as well as interest and dividends. This tax also applies to rental income—the taxable portion of annuity payments and income from passive investments in a business. Taxpayers who were already above the thresholds for paying this tax have probably become accustomed to it by now, and its repeal may not have a dramatic impact on their investment portfolio. However, taxpayers whose income hovered near, but just below, the threshold for paying the tax were more likely to work to avoid paying this additional tax. A repeal of this tax might be enough incentive to encourage investors to realize gains they’d otherwise been deferring, or to structure their portfolio to generate more income than in the past.

Other tax changes that would occur with a full repeal of the ACA include:

Other Planning Implications of Repeal

Outside of the tax implications, there are other significant implications of a repeal of the ACA:

One aspect of health care that’s expected to take on a bigger role under the new Republican plan is the use of health savings accounts.