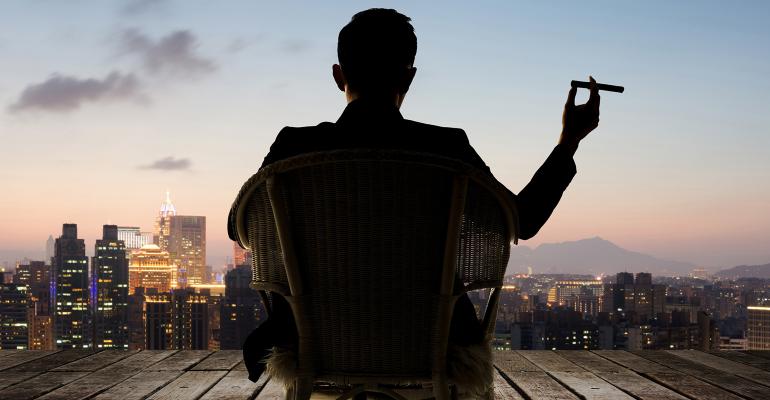 Planning for the Middle Rich

Practical advice to serve those types of clients.

On Tuesday, Jan. 10, Turney P. Berry, a partner at Wyatt, Tarrant & Combs LLP in Louisville, Ky., and a member of Trusts & Estates Estate Planning & Taxation editorial advisory board, will be presenting “Not Too Rich, Not Too Poor: Goldilocks Planning for the Middle-Rich Clients Who Need Our Help” at the Heckerling Institute on Estate Planning. On Jan. 11, Berry will be presenting, along with Robert K. Kirkland, Suzanne Brown Walsh and Melissa J. Willms, on “Running the Gamut on Planning for the Middle-Rich.” I spoke with Berry prior to his presentations about the “middle rich.” Here are his thoughts and advice for practitioners.

Who Are the Middle Rich?

When asked about what made him select this topic, Berry responded that he was trying to think about who are the “middle rich.” What do we mean by that term, and what’s the minimum amount to consider a client as “middle rich?” He noted that traditionally, estate planners would tie the definition of “rich” to taxes: If you don’t have a tax problem, then you’re not “rich.” As estate planners, Berry said, we don’t often think of $10 million, $11 million as “rich”—we typically think of clients with more than about $11 million to $13 million as “rich.” And with today’s exemption, a couple needs about $24 million to $25 million to be “rich.” So, if $27 million is “rich,” what’s one rung above that to be considered “middle rich?”

Berry pointed out that it takes a lot before someone will admit to being rich—certainly not $12 million, maybe not $50 million! Which brings us back to knowing that we can plan for the middle rich without being able precisely to define them. He shared that he didn’t have any answers better than anyone else to the question of how exactly to define “middle rich,” so in trying to think about how to answer it, he thought about it in terms of a particular client in mind.

Specifically, he asked himself, what if he gave a client a 25-year life expectancy. How much would he remove from their estate to bankrupt them by just using their exemption? For example, assume a husband and wife have their exemptions, and he says to them, “Let’s take your assets away and put them in a trust” and keep just enough to live and pay income taxes. They will pay income taxes on that trust, and the trust is going to grow. By just doing that, over a 25-year period, that trust will grow to about $60 million to $75 million, even with minimal discounting. His conclusion, then, is that someone who’s “middle rich” is someone whose estate planning can be handled by taking no more steps than what he just described. In other words, “Let’s zero out the estate tax by giving everything away and keeping enough assets to pay the income tax and live.” Of course, he noted that nobody does that in real life, but what he means is that estate planning for the “middle rich” is to simulate that type of planning.

Berry suggested that planners not be worried about the bells and whistles for the middle rich. Don’t be afraid to use small gifts, long-term sales—those strategies will keep income for your clients. Do just a little esoteric planning, such as recommending a deferred private annuity so that when your client reaches age 90, there’s reassurance that there’s money to pay for their health care.

He also suggested using normal 5-year, 10-year grantor retained annuity trusts (GRATs). Have your clients give away $1 million to $3 million. Keep it low key. Alternatively, suggest that your client give $50,000 to charity. Maybe put that money in a lead trust, and $50,000 will go to charity, but the children will get the growth. He shared that from speaking with clients, what they remember is that “GRATs are for the super rich”—but that’s not the case. What a lot of folks need is reassurance, said Berry, and the planning he just described gives reassurance to both the client and their children.

Berry also shared that estate planners shouldn’t forget about upstream planning. Clients have all kinds of notions about this type of planning, such as the perception that Crummey trusts are standard. But the problem with Crummey trusts is that you’re locking in basis with no step-up. Instead, he suggested, perhaps think about whether your clients have parents who don’t have a lot of money. If that’s the case, consider giving a client’s parents general powers over the Crummey trust. This way, the trust will get a new basis when the parents pass away. That’s an easy strategy, but something planners haven’t thought about until now.