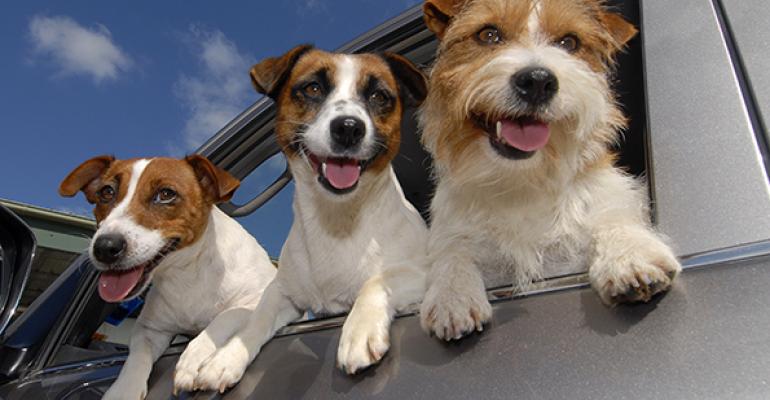 Planning for Fido and Fluffy

We know that pets can bestow a wide variety of physical and psychological benefits on their human owners.  Studies show that pet owners have lower blood pressure, are less depressed, have reduced feelings of isolation and live longer.  Dog owners are also less likely to be victimized by intruders.  Why, then, are so many seniors reluctant to welcome a new pet into their homes?  A big reason cited by my clients is the likelihood that the pet will outlive the owner.  They feel it’s unfair to adopt a pet and then leave it all alone at death.  Fortunately, with proper legal planning, it’s possible to help your clients orchestrate a smooth transition plan for furry loved ones.

What Not to Do

First, a look at what not to do.  The most common strategies for dealing with pets in the estate plan aren’t the most effective.   One can’t, for example, leave assets to a pet.  A pet is legally regarded as one’s property.  It’s, therefore, logically impossible to leave property to property.  A bequest made directly to a pet is considered to be void under the law in every state.  Absent a lengthy and complicated reformation proceeding in which a court attempts to craft an equitable solution, the attempted gift to the pet will lapse and go to the default or residuary beneficiaries under the will.  If no alternate beneficiaries are named, then a genealogist may be called in to hunt down the decedent’s next of kin.  It would then be up to these lucky relatives to do the right thing by the pets.  Placing trust in people your client may have never have met probably isn’t a wise strategy.

Some pet owners choose, instead, to place their trust in friends and relatives whom they know well.  This arrangement involves naming a human beneficiary under the will.  This individual is then given verbal instructions as to how the bequest should be directed toward the care and maintenance of the animals.  This type of plan falls under the category of ”hope for the best, but prepare for the worst.”  The human beneficiary may have the best intentions of honoring his promise, but can’t control life’s curve balls.  Because the monies are legally in that individual’s name, he won’t be held harmless in the event of legal liabilities, such as a divorce or death.

Most states now allow for a more nuanced approach to pet planning in the form of “pet trusts”.  These can be created and funded during one’s life, but are most commonly formed by a will and only funded on death.  The arrangement requires your client to name a “pet care appointee.”   This is the individual who’ll be charged with ensuring that the animals are properly cared for.  This person may or may not have physical custody of the pets.  In addition to designating the appointee, your client must also fund the trust with a specific amount of money.  This is where the planning can become tricky.  A good rule of thumb is to estimate the pet’s life expectancy and then multiply the number of remaining years by what your client spends on pet food, veterinary bills and grooming in a given year. This number would be expressed in the will as a formula. Adding a 4 percent inflation cushion is also a good idea.

The pet trust must then designate a remainder beneficiary, who’ll receive what’s left over in the trust on the death of the pet(s).  Most of my clients want the individual who served as the pet care appointee to receive the remaining trust assets.  This is understandable and works well in many cases.  However, it’s important to at least consider the potential for a conflict of interest here.  I’m reminded of a case in which a pet trust was established for seven cats.  On the death of the last cat, the pet care appointee was to receive a Manhattan apartment and other assets remaining in the trust.  Within two years of the pet parent’s death, all seven of the cats died.  The statistical likelihood of the seven deaths all being of natural causes is, in my opinion, pretty remote.  There’s definitely the potential for a conflict of interest when the caregiver receives a windfall payment on the death of his charge.

Another approach is to set the pet trust up so that the pet care appointee is paid annually.  This payment should cover the pet’s expenses and will also factor in a gift to the pet care appointee.  If your client opts for this route, it’s preferable to structure the annual payment as a gift, which isn’t taxable to the recipient, as opposed to a salary, which is subject to income tax.  On the death of the pet(s), all remaining trust monies would be paid to a third party, such as an animal rights organization.  If your client chooses the annual payment scenario, he may wish to consider specifically identifying the animals that are to be covered by the trust.  This would reduce the possibility of the pet care appointee surreptitiously replacing your client’s pet with another on its death to keep the payments coming.

When I work with pet parents in setting up these trusts, I often recommend involving a not-for-profit group in the planning process.  Some animal rights organizations are willing to be named as pet care Appointee.  As stated earlier, the appointee doesn’t necessarily have physical custody of the pet, but is responsible for arranging an appropriate care plan.  There are often informal networks of compassionate animal lovers out there who have limited resources.  Uniting them with your client’s furry loved one (who has resources, thanks to his pet trust) can be a win-win—akin to a foster parenting situation.  The not-for-profit appointee will serve as a monitor and ensure that vet visits are up to date and that pet funds are being properly used.  On the death of your client’s pet, the not for profit would receive what’s left in the trust.