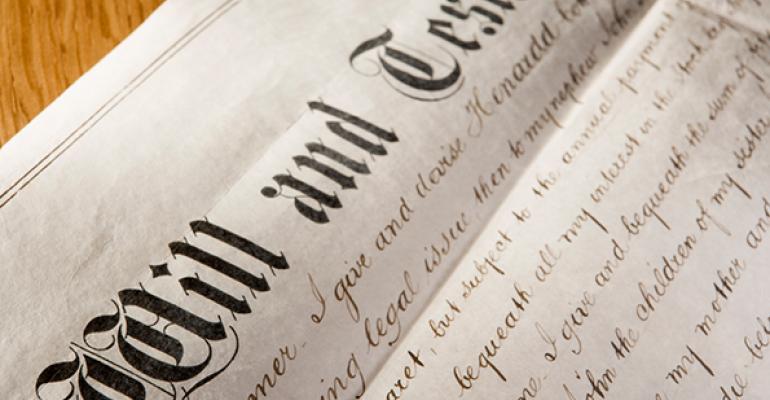 Pay-on-Death Accounts Not Part of Estate

Complicated questions concerning the status and treatment of a decedent’s bank accounts often come up when administering estates.  The recent Florida case of Brown v. Brown illustrates some of the issues that can make this area of the law so complex.[1]

Elizabeth M. Brown died in January 2007, survived by six adult children.  Elizabeth’s will included several specific bequests and left the rest of her property to be distributed equally among her children.  One or her children was appointed as the curator of her estate and filed a complaint against his brother, Joseph.  The complaint sought entry of a judgment declaring that certain of Elizabeth’s bank accounts were assets of the estate, to be divided among the six children, not assets that pass outside of the estate directly to Joseph.

The trial court appointed a magistrate to conduct an evidentiary hearing on the complaint.  The magistrate did so and recommended that the funds of all of the accounts at issue be deposited into the estate account.  The trial court, in turn, adopted the magistrate’s recommendation.  On appellate review, however, the First District Court of Appeal made a distinction between the joint accounts and the POD accounts.  Specifically, the appellate court affirmed the trial court’s judgment as to the joint accounts but reversed the judgment as to the POD accounts.  Here’s why:

At the evidentiary hearing, the magistrate heard testimony about whether, despite the nature of the accounts as joint accounts or PODs, Elizabeth’s intent was for all of her children to share equally in the funds upon her death.  The magistrate concluded that this was Elizabeth’s intent and, on that basis, recommended a judgment determining all of the bank accounts to be assets of the estate.

The magistrate relied on section 655.79, Florida Statutes, in making its recommendation.  Pursuant to that statute, the intent behind joint accounts is presumed to be that, on the death of one of the joint account holders, all rights, title, interest and claim to the account will vest in the surviving person or persons.  The statute further provides that the presumption may be overcome “only by proof of fraud or undue influence or clear and convincing proof of contrary intent.”

Using that rebuttable presumption as its guide, the magistrate’s report concluded that the curator of the estate had demonstrated by clear and convincing evidence that Elizabeth’s intent was for her accounts to first be used to pay expenses and then to be divided equally among her children.  And, on review, the appellate court found that the magistrate’s factual findings in this regard were supported by competent substantial evidence in the record.

On what basis, then, did the appellate court find error in the magistrate’s recommendation that all of the accounts were estate assets?

Notably, Section 655.82 also provides that “[o]n the death of the sole party or the last survivor of two or more parties, sums on deposit belong to the surviving beneficiary or beneficiaries.”[4]

Conspicuously absent from the POD statute is any mention of a rebuttable presumption.  In other words, a POD account passes directly to the surviving beneficiary or beneficiaries regardless of any contrary intent by the creator of the account.