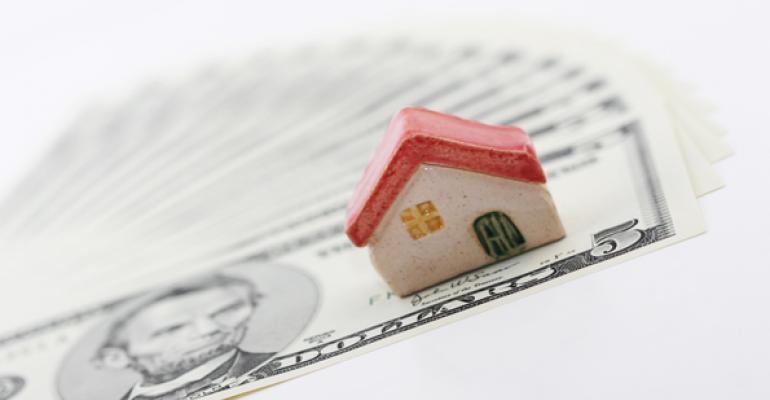 Betty Menges died on March 3, 2009, leaving real property located in Pennsylvania in equal shares to her son, Christopher, and her three grandchildren, Jonathan, Matthew and Kathryn.  Christopher was the executor of Betty’s estate.  Following Betty’s death, on Oct. 12, 2009, Kathryn disclaimed her interest in the property, so that it passed in three equal shares to Christopher, Jonathan and Matthew.  Following her disclaimer, Christopher and Jonathan transferred their interests in the property to Matthew, and he subsequently sold his interest in the property to Kathryn.  Although a Form HUD-1 indicated that Matthew received the proceeds from the sale, Christopher testified that Betty’s estate received the sale proceeds.

In connection with the sale to Kathryn, she obtained two mortgages on the property, one for $100,000 from Matthew and the other for $50,000 from Christopher.  Christopher testified that the purpose of these mortgages was to protect Kathryn from creditors and that he and Matthew didn’t actually lend any money to Kathryn, but that they received liens against the property.  Less than six months later, in April 2010, Christopher and Matthew verified that these mortgages were satisfied.

Later that month, three additional mortgages were executed on the property – a $60,000 mortgage from Members First Federal Credit Union, giving it a first lien on the property, then a mortgage from Matthew for $100,000 and a mortgage from Christopher in the amount of $50,000.  With the latter two mortgages, Christopher again testified that the purpose was to protect Kathryn from creditors, and no money was actually transferred.  On Jan. 25, 2012, Matthew filed a satisfaction of mortgage with respect to the $100,000 loan.

Kathryn died on June 2, 2011.  Before her death, on her 2008 tax return, Kathryn claimed a First-time Homebuyer Credit (FTHBC) of $8,000. The IRS determined that she wasn’t entitled to the credit.  Following Kathryn’s death, the property was sold to a third party, and Matthew and Christopher split the $52,078 proceeds from the sale.  Christopher testified that they divided the proceeds in this manner because they had “left” their money in the property.

The FTHBC applies to a purchase of a principal residence bought on or after April 9, 2008 and before May 1, 2010, permitting the buyer to claim a tax credit equal to 10 percent of the purchase price of a home, but not to exceed $8,000.  The statute defines the term “purchase” as “any acquisition, but only if…the property is not acquired from a person related to the person acquiring such property.”  The definition of “related persons” includes an executor of an estate and a beneficiary of such estate, except in the case of a sale or exchange in satisfaction of a pecuniary bequest.

The court granted the Internal Revenue Service’s motion for summary judgment, concluding that Kathryn didn’t purchase a residence for purposes of the FTHBC and, instead, acquired the property from a related person – that is, the executor of her grandmother’s estate.  The court stated that it was applying the substance-over-form doctrine to unwind a complex series of transactions that had the effect of transferring real property from Betty’s estate to Kathryn.

Kathryn’s estate’s second argument was that Kathryn wasn’t a “related person” for purposes of the FTHBC, contending that the “related persons” exclusion applies only when the purchaser is both a beneficiary of the estate and an executor of the estate.  The court rejected this argument based on the express language of the statute.  The court stated that the statute’s application to “an executor of an estate and a beneficiary of such estate” logically suggests that the executor and beneficiary are distinct parties.

Finally, Kathryn’s estate argued that the transaction qualified as a sale or exchange in satisfaction of a pecuniary bequest, because the transaction was an exchange of Kathryn’s 25 percent share of the proceeds of the estate.  The court rejected this argument, stating that a pecuniary bequest is a gift of cash and that the statutory exception applies when certain assets must be sold or exchanged to effect such a monetary distribution.  This wasn’t the case in the context of Betty’s estate.