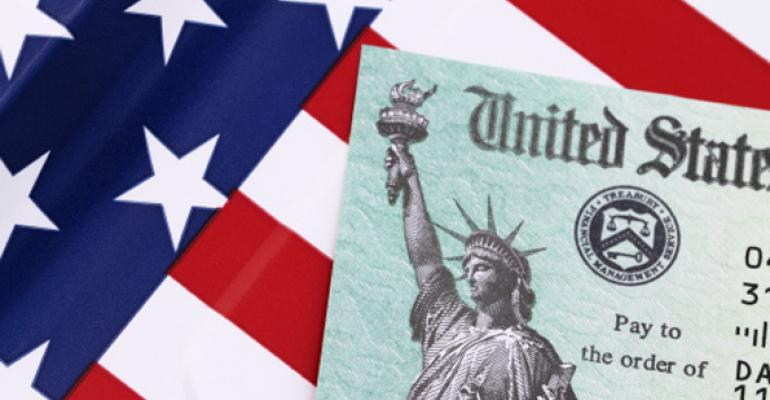 No Deposit, No Return

In Leone Syring v. United States, 12-cv-232-wmc (Aug. 8, 2013), the U.S. District Court for the Western District of Wisconsin determined whether an estate’s remittance to the Internal Revenue Service, before an estate tax return was filed, was a “deposit” under Internal Revenue Code Section 6603 or a “tax payment.”  If the court classified the remittance as a deposit, the estate would get a refund.  If the court classified it as a tax payment, the estate’s claim for a refund would be barred by the 3-year tax refund statute of limitations under IRC Section 6511(a).  Unfortunately for the estate, the court sided with the IRS, and its motion for summary judgment was granted.

On Oct. 1, 2005, Marshall C. Syring passed away.  Leone Syring became the personal representative of Marshall’s estate.  Leone hired Roger Peterson, a certified public accountant, to prepare the estate tax return.  By letter dated July 12, 2006, Roger advised Leone that a federal estate tax payment of $170,000, and a state estate tax payment of $170,000, was due prior to July 14, 2006.  Roger’s letter also stated that he estimated that more than $600,000 in federal estate taxes would be due over the next 10 years.  He added that additional time can be used for Leone to decide how much property to sell and noted in his letter that the IRS charges a low rate—only 2 percent interest—on unpaid taxes.  Roger further advised that the entire state estate tax should be paid because Wisconsin charges 12 percent interest on unpaid taxes. Roger suggested that because of Wisconsin’s high interest rate, Leone should pay all of the state estate taxes due.

The IRS refused to remit the $144,474 for two reasons.  First, it claimed that the remittance was a partial tax payment, not a deposit, given that the estate failed to provide a written statement indicating that it was making a deposit.  A taxpayer must provide a written statement designating a remittance as a deposit, which the IRS records as a “deposit” under IRC Section 640.  A taxpayer who fails to send a written notice will have its remittance recorded as “payment received” under IRC Section 670.  A payment under Section 670 stays in a taxpayer’s account until a tax return is filed.  And, if the IRS determines an underpayment, or the 3-year statute of limitations expires, the remittance is taken from that taxpayer’s account.  If, on the other hand, a tax return is filed within three years and there was an overpayment, the IRS calculates interest back to the due date of the return.

The IRS further argued that it was proper to consider the remittance as a “payment” because the estate’s claim fell outside the 3-year tax recovery period under IRC Section 6511.  The court noted that if the remittance was a tax payment and the refund request was made outside the 3-year recovery period, it had no jurisdiction over the claim.  Thus, for the court to have jurisdiction to decide the matter, the estate needed to establish that the remittance was a deposit, not a tax payment

The court applied a facts-and-circumstance test to determine whether the remittance was a deposit or tax payment.  It considered three issues: 1) when the tax liability was defined; 2) the taxpayer’s intent in remitting the funds; and 3) how the IRS treated the remittance on its receipt.

Issue 1: When Was Tax Liability Defined?

A remittance made before a tax liability is defined “tips the balance toward a finding of a deposit.”  In this instance, there wasn’t a formal assessment or a defined tax liability at the time the remittance was made.  Focusing on when the IRS defined the estate’s tax obligation, the court concluded that under this first prong, the remittance should be considered a deposit. “[B]ut this alone, does not resolve the matter; it must be considered in the context of all the facts and circumstances to be weighed,” the court cautioned.

Issue 2: What Was Taxpayer’s Intent?

The court determined that Leone failed to present adequate evidence from which a reasonable trier of fact could conclude that she intended to make a deposit.  First, lacking was prima facie evidence of a written statement designating the remittance as a deposit.  Moreover, there was no affidavit, declaration or testimony indicating Leone’s intent to make the remittance a deposit.  The accountant’s advice and actions also provided indirect evidence that Leone’s intent was to make a partial tax payment in remitting the original $170,000—specifically, Roger’s July 12, 2006 letter referred to the estate owing “federal and state estate taxes” of more than $600,000.  And, even Roger himself considered the remittance a partial tax payment when he recommended that Leone pay it.  Roger’s estimated estate tax liability and the amount of the remittance “were products of careful consideration,” noted the court.  Additionally, the court considered the fact that Roger filed an extension of time for filing the tax return, on which he entered “$170,000” on the line on the form that requested the amount of estate taxes estimated to be due.

Issue 3: How Did IRS Treat the Remittance?

Because Leone didn’t provide a written statement to the IRS indicating that the remittance was a deposit, the IRS treated the undesignated remittance as a payment.  The IRS recorded it under IRC Section 670 as “payment received,” not “deposit.”  And, the IRS credited the amount to the estate’s account, rather than put it in a separate account for a deposit.  These actions suggested that the IRS followed Rev. Proc. 2005-15, treating the remittance as a tax payment.

Despite the court finding that the first factor weighed in favor of Leone’s position that the remittance was a deposit, the other factors of Leone’s intent and the IRS’ treatment as a payment, “tip[ped] the balance strongly to a finding of tax payment.”

The court acknowledged that the result may seem “unfair” by allowing the government to keep a payment that it itself concedes wasn’t due, “but tax laws are ‘not normally characterized by case-specific exceptions reflecting individualized equities.’”