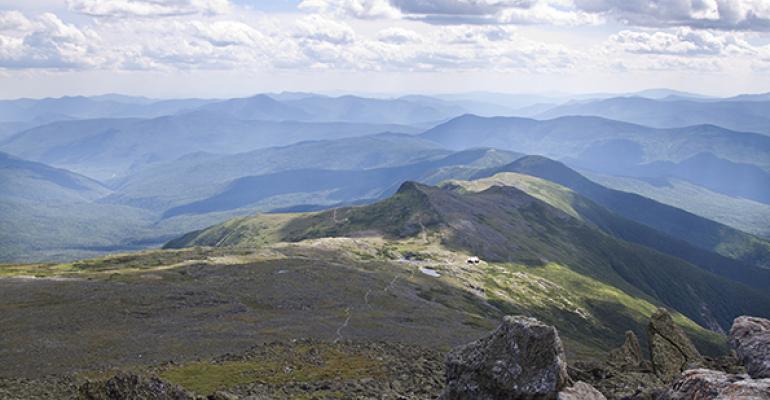 An overview of changes that took effect July 1, 2014

New Hampshire enacted legislation in 2014 that enhances and makes more accessible its flexible trust laws and provides new opportunities for both New Hampshire residents and out-of-staters seeking income tax refuge and trust customization alternatives.  The legislation also provides a procedure for proving the validity of wills and trusts during the lifetime of the testator and settlor and amends its self-settled trust laws to allow settlors to retain lifetime special powers of appointment (POA).

Here’s a brief summary of the 2014 changes to New Hampshire trust and estate laws, which are contained in Senate Bill 289. These changes took effect on July 1, 2014.

Enforcement of No Contest Clauses

The new law enhances the statutory no-contest rules for trusts by authorizing a trustee to suspend distributions to a beneficiary if the beneficiary has taken action that might trigger the reduction or elimination of the beneficiary’s interest in the trust under a no-contest clause.  (RSA 564-B:10-1014).  The trustee also can refuse to distribute property in accordance with a person’s exercise of a POA or withdrawal over the trust property if the person’s actions might reduce or eliminate the POA or withdrawal under the no-contest clause.  The trustee is protected from any liability for exercising these powers in good faith.  The new law contains similar provisions for executors of wills containing no-contest clauses (RSA 551:22).

Proof of Wills During Life

The new law allows an individual to petition the probate court for an order confirming the validity of his will.  Under prior law, a will’s validity could be determined only after the testator’s death  (RSA 552:18).  Allowing a will to be proved during the testator’s lifetime permits the most important witness (the testator) to testify before the court.  I expect that this new procedure will be used in situations in which the client anticipates a probable challenge of the will (based on undue influence or lack of capacity), and the attorney is confident that no such influence or incapacity exists.

Testators who are domiciled in New Hampshire or who own real property in New Hampshire can use this procedure.  The procedure must be initiated by the testator himself – it can’t be commenced by someone (for example, a guardian or agent) on the testator’s behalf.   A testator has no obligation to prove his will during life, and the testator’s failure to do so can’t be used as evidence or an admission that the will is invalid.

To prove a will during life, the testator must file a petition with the probate court and provide notice to certain “interested persons,” including the testator’s spouse and heirs (as of the date of the petition), the legatees and devisees under the will, the executors named in the will and the director of charitable trusts, if the will contains any charitable bequests.  The virtual representation rules of New Hampshire’s Uniform Trust Code (UTC) (RSA 564-B:3-301 et seq.) apply, so minor, unborn and incapacitated parties can be bound in the proceeding without the appointment of a guardian ad litem.  The court will hold a hearing on the petition to determine whether the will is valid.  After the testator’s death, the court must admit a pre-validated will to probate, except to the extent that the testator modified or revoked the will after the court validated it.

Attorney-Client Privilege between Lawyers and Fiduciaries

The new law confirms that, if an attorney’s client is an executor, trustee, trust advisor or trust protector of an estate or trust that’s governed by New Hampshire law, the attorney-client privilege applies to communications between the attorney and the fiduciary/client  (See RSA 556:31 (wills) and RSA 564-B:2-205 (trusts)).  A successor fiduciary doesn’t become the attorney’s client solely by reason of succeeding the prior fiduciary with whom the lawyer had an attorney-client relationship.  However, a fiduciary and the fiduciary’s successor may agree to share communications relating to matters involving the estate or trust, and this sharing doesn’t waive the attorney-client privilege between the original fiduciary and his lawyer.

The new law created new RSA 564-B:1-111A, which provides that if the terms of a trust require trust disputes to be resolved exclusively by reasonable nonjudicial procedures, such as arbitration or mediation, then the interested parties must resolve a dispute in accordance with the terms of the trust.  Nonjudicial procedures can’t be used to determine whether a trust is valid, a trust’s material purpose, or any matter involving a charitable trust.

RSA 564-B:4-406 also provides a procedure by which a settlor can commence a judicial proceeding to determine the validity of a trust that he created. This procedure can be used for trusts that are governed by New Hampshire law and administered in New Hampshire.  The rules governing this procedure are substantially similar to those governing the determination of the validity of a will during the testator’s lifetime.

The new law repeals and re-enacts New Hampshire’s decanting statute (RSA 564-B:4-418).  In addition to clarifying the provisions of the prior decanting statute, the new provisions allow a trustee to decant if a beneficiary has a vested interest in the original trust, so long as the terms of the new trust preserve the beneficiary’s vested interest.  In addition, regardless of whether the original trust imposed a standard on the trustee’s discretion to distribute income or principal, the new trust may give the trustee discretion to distribute income and principal and may impose a standard (or no standard) on the trustee’s discretion.

The new law adds RSA 564-B:4-419 to the New Hampshire UTC.  It authorizes an “independent” trustee to modify the terms of a trust for any reason.  There are some restrictions on this power.  For example, the trustee can’t modify the trust to defeat a material purpose or eliminate a beneficiary’s vested interest.  I anticipate that trustees will use this modification power to update trust administrative provisions and resolve ambiguities without court involvement.

A trustee doesn’t have a duty to modify, or consider modifying, the trust.  The trustee of a non-charitable trust can modify the trust without the approval or consent of the probate court, the settlor or the beneficiaries.  However, a trustee is authorized to notify the beneficiaries of a proposed modification, and this notice triggers a 60-day objection period for the beneficiaries.

Like decanting, the trustee modification power is administrative in nature, and a trustee can modify a trust if the trust has a principal place of administration in New Hampshire.

The new law creates new RSA 564-B:5-508 and 564-B:5-509, which establish a process by which a trustee can resolve “known” and “unknown” claims against the settlor and an irrevocable trust upon its termination.  If a trustee provides the required notice (either by sending it to known creditors or publishing it in the newspaper), then claims will be barred unless the creditor commences a proceeding to enforce its claim within one year of the date on which the trustee sends or publishes the notice.

Compliance with the Prudent Investor Rule

New Hampshire law has long provided that investment provisions in trusts are administrative in nature and allowed settlors to waive the prudent investor rule.  It protects trustees from liability for failing to diversify to the extent that the trustee acts, inter alia, in good faith reliance on the terms of the trust or pursuant to a court order.  This imposes a formidable evidentiary burden on beneficiaries who challenge a trustee’s actions taken in reliance on broad investment powers.  For example, for a court to surcharge the trustee for losses incurred from lack of diversification, the beneficiaries must demonstrate that the trustee acted in bad faith in following a direction or authorization not to diversify.  Even if a court finds that a trustee’s determination not to diversify was inappropriate, the bad faith standard will take the surcharge remedy out of play in all but the most egregious cases.

In cases in which the prudent investor rule does apply, the new law provides that, for purposes of determining a trustee’s compliance with the rule, the court will evaluate the trustee’s conduct, rather than the return realized from the investment of the trust assets.  This provision enhances the current standard (found in RSA 564-B:9-905), which focuses on the trustee’s decision-making process at the time the decisions are made (not in hindsight).   In addition, the legislation provides that a trustee’s failure to realize a return that equals or exceeds any financial index isn’t evidence of a trustee’s failure to comply with the prudent investor rule.

New Hampshire passed its self-settled (asset protection) trust statute (RSA 564-D) in 2008 and updated it in 2011.  The new law further updates the statute by authorizing the settlor of the trust to retain a lifetime limited POA over the trust property.  This provides clients with another option (in addition to the power to veto distributions, which was part of the original 2008 law) to ensure that transfers to a self-settled trust are incomplete for gift tax purposes.  This is important for clients who wish to create New Hampshire incomplete gift, non-grantor trusts, both for asset protection and state income tax refuge purposes.  New Hampshire imposes no tax at all on (and has no tax filing requirement for) non-grantor trusts (RSA 77:10).  The ability to create a New Hampshire non-grantor, incomplete gift trust that isn’t subject to any state tax at the trust level provides a significant income tax planning opportunity for clients who live in states that tax non-grantor trusts on some basis other than the client’s residence in that state.