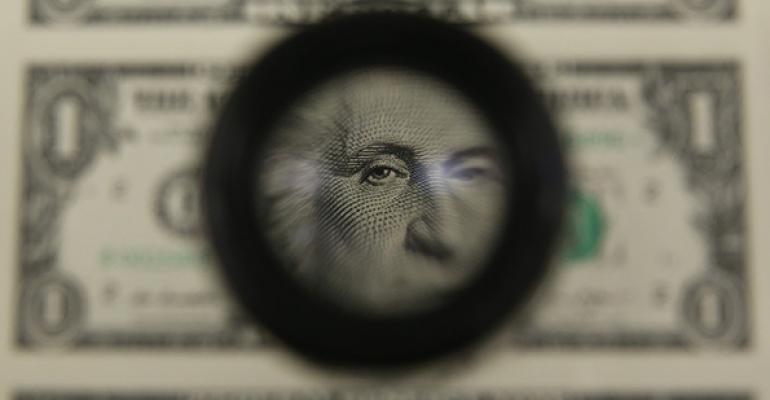 One can't rely on a facially unreasonable appraisal and still claim it was in good faith.

In Estate of Morrissette v. Comm’r, T.C. Memo. 2021-60 (May 13, 2021) (Morrissette II), the Tax Court issued its 125-page decision, holding that: (1) neither Internal Revenue Code Section 2036 nor IRC Section 2038 would effect a clawback of any amounts transferred from the decedent’s revocable trust pursuant to certain split-dollar agreements (SDAs) it entered; (2) the cash surrender value (CSV) of the underlying policies wasn’t included in decedent’s estate under IRC Section 2703; and (3) despite all of this, a 40% gross valuation misstatement penalty applied with respect to the revocable trust’s repayment rights under the SDAs (split-dollar rights or receivable), as valued under the discounted cash flow method.  Despite the taxpayer’s successes on Sections 2036, 2038, and 2703, the Tax Court’s intense emphasis on the importance of non-tax business purposes and its decidedly unfavorable holding on the undervaluation of the split-dollar receivable present as harbingers that may have broad implications for intergenerational split-dollar planning going forward.

The three sons grew up working for Interstate, but a falling out occurred after Art Sr and Buddy allegedly froze-out Ken and Don in apparent retaliation for requesting buyouts—an issue that led to Ken and Don successfully suing their father.  These developments nearly eradicated the Morrissettes’ familial harmony, and likely would’ve if Clara hadn’t convinced Art Sr to invite Ken and Don back into executive roles at Interstate in 1995 (earning the same salary as Buddy, who remained with Interstate without requesting a buyout).  But re-inviting Don and Ken upset Buddy, who felt like his loyalty to Interstate had gone unrecognized, despite the fact that he was the only son who owned any voting stock at that time. This inevitably led to disagreements among the brothers that the Tax Court described as “pervasive” and problematic for Interstate’s staff.  In fact, perhaps the only thing the Morrissettes agreed on was their shared desire for Interstate to remain with the Morrissette bloodline.

Perhaps because of this history, Clara and Art Sr implemented an estate plan for Interstate’s ownership, between 1994 and 1996.  At that time, Clara and Art Sr owned approximately 82% of Interstate’s voting stock and 73% of its nonvoting stock, with Buddy owning another 15.5% of the voting.  When Art Sr died in April 1996, his revocable trust (the AEM Trust) first left everything to Clara in trusts; but after Clara’s death, the AEM Trust called for equalizing distributions of the voting stock among the sons’ separate sub-trusts (so Don and Ken would own the same number of voting shares as Buddy, after accounting for Buddy’s pre-existing 15.5% stake).

The equalization clause and other facets of the estate plan, including one tweak called the “fourth brother provision”—in which a fourth independent co-trustee was brought in to side with whichever brother the other two disagreed with unless the majority’s argument was “compelling” (good luck policing that)—led to daily squabbles that ultimately weakened the brothers’ relationships to the point where they were only communicating with each other via written memorandum despite working from adjoining offices (a situation that may sound all too familiar to some family office managers).

But there were other problems too. For starters, Buddy’s two sons—JD and Bud—were pushing for more authority and their father’s ouster (based on mismanagement claims). Clara was diagnosed with Alzheimer’s in November 2005, and the sons and several grandchildren soon discovered that the Interstate stock would be subject to estate tax due to how the Morrissettes’ estate plan was structured.  Without a significant restructuring, Clara’s substantial real estate holdings would almost certainly prevent her estate from qualifying for an IRC Section 6166 election.  Moreover, even if Clara’s estate qualified for deferral, some Morrissette family members believed that Interstate wouldn’t be financially strong enough to divert its profits to the estate tax bill without causing serious harm to the family business.

As a result, the three brothers, JD and Bud soon found themselves in a series of consultations with tax, estate planning, and insurance counsel who proposed an arrangement involving SDAs.  Hence, a new estate plan was adopted on Clara’s behalf (the 2006 plan), which included: (1) a buy-sell provision for each brother’s Interstate stock on his death; (2) cross-purchases of life insurance on each other’s lives to finance the buyouts with death benefits; (3) the CMM trust paying all premiums under the SDAs; (4) the CMM trust’s establishment of three dynasty trusts to own the policies (one trust for each brother); and (5) a restructuring of the CMM and AEM Trusts’ realty holdings (so that Clara’s estate could qualify for at least partial estate tax deferral, if needed).

In broad strokes, the specifics of the 2006 plan were as follows:

In an apparent embrace of the “throw-everything-against-the-wall-and-see-what-sticks” theory of advocacy, which was perhaps encouraged by its success in Cahill, the IRS argued for inclusion in Clara’s gross estate of either the $30 million in premium payments made by the CMM trust pursuant to the SDAs it entered into or the underlying policies’ $32.6 million CSV under the following IRC Sections (any one of which would’ve sufficed):

The Tax Court, however, held that Sections 2036 and 2038 didn’t apply because the transfers qualified for the bona fide sale exception to both sections and that the IRS was putting forth a suggested meaning of “sale” for these purposes that was inconsistent with how that term had been construed in this context. The court further explained that the bona fide sale exception involves a two-pronged analysis whereby both of the following are required: (1) a legitimate and significant nontax purpose; and (2) adequate and full consideration in money or money’s worth.  In holding that both prongs were satisfied based on the record, the Tax Court noted that the CMM trust and Clara received intangible financial benefits from the SDAs, which included retained family control over Interstate, smooth succession of management, organizational stability and the protection of Interstate’s capital (by providing a funding source to pay estate tax due as a result of a brother’s death). Although the estate had substantially undervalued the split-dollar rights, the reported value of those rights was irrelevant to determining either the amount or sufficiency of the consideration received.

In truth, Morrissette II’s  real issue concerned the proper valuation of the split-dollar rights, which the parties agreed were includible in Clara’s gross estate.  Although the estate included these rights in Clara’s gross estate, the reported values were substantially discounted from the CMM trust’s $30 million of premium payments.

Section 2703(a)’s special valuation rules wouldn’t trigger inclusion of the underlying polices’ CSV in Clara’s gross estate due to the terms of the SDAs and the Section 2703(b) exception.  There, the mutual termination provisions in the SDAs were analyzed and found not to be tax evasion devices, but rather part of a bona fide business arrangement that was born from serious and long-standing business needs.  The Tax Court also adopted the discounted cashflow valuation method to determine the FMV of the split-dollar rights, and, based on that, held that Clara’s estate was liable for a 40% gross valuation misstatement penalty. Furthermore, the 40% penalty applied regardless of any reaonsable relianace on counsel defense because, as the Tax Court stated:

The brothers had the CMM trust pay $30 million and turned it into $7.5 million for estate tax reporting purposes.  They have known that the claimed valued was unreasonable and not supported by the facts. Morrissette II, at 123.

In short, the brothers weren’t entitled to rely on a facially unreasonable appraisal and then also claim that they did so in good faith.

Stephen Putnoki-Higgins is a tax, trusts, estates, and probate attorney in the corporate practice group at Bailey & Glasser LLP, in St. Petersburg, Fla., and is admitted to practice in Connecticut, Florida, and New York.