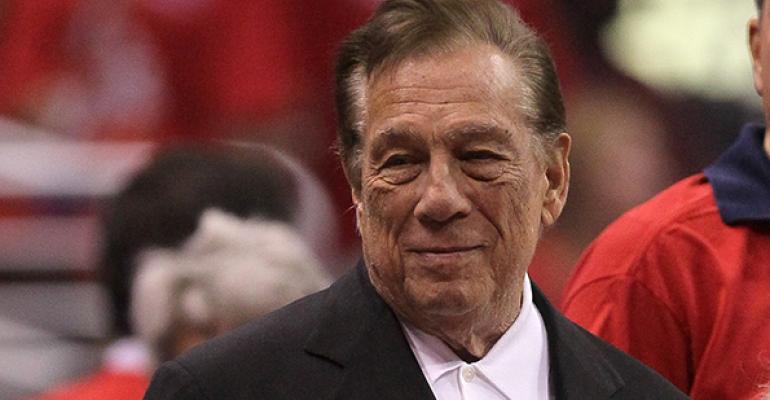 Of Minds and Money

Rochelle (Shelly) Sterling, wife of Los Angeles real estate mogul and billionaire Donald Sterling, made headlines in May when she argued to a probate court that her husband was mentally incapacitated—a charge he vehemently denied.  The court’s decision had great implications for the Los Angeles Clippers, a 44-year-old professional basketball franchise held in a revocable trust, for which both the Sterlings were co-trustees.

The ensuing legal battle brought to light an important question all wealthy individuals should address: What happens when you lose capacity to make sound decisions regarding your wealth?

Background: The Makings of a Legal Battle

When Donald and Shelly initially set up a lifetime revocable trust, they funded it with all of their assets, including a controlling stake in the L.A. Clippers professional basketball club, and named themselves co-trustees and primary beneficiaries.

After Donald, 80, made racially insensitive comments in a taped conversation that was released to the public in April 2014, the National Basketball Association penalized him with a $2.5 million fine and a lifetime ban.  The NBA also announced that it would consider forcing Donald to sell the team.  Donald vowed not to sell the Clippers, which he had owned since 1981.

Around the same time, Shelly, 79, had Donald evaluated by two independent doctors, who found that Donald suffered from diminished cognitive ability.  According to the terms of the Sterling Family Trust (SFT), this finding disqualified Donald from serving as a co-trustee, making Shelly the sole trustee.  In that role, Shelly had exclusive power to make decisions regarding the trust’s assets—including the Clippers.  Acting quickly, Shelly negotiated a $2 billion sale of the Clippers to former Microsoft CEO Steve Ballmer through a blind auction.

Donald protested the sale, claiming that he wasn’t mentally incapacitated and that Shelly failed to follow the proper protocol in having him evaluated.  As a result, he argued, she wasn’t the sole trustee and didn’t have the authority to execute the sale without his consent.  He then revoked the trust on June 9, presumably in an attempt to regain control over his interest in the team.

The case went to probate court, where the judge heard testimony and arguments regarding several issues, including whether:

1)  Donald was properly removed as trustee based on a finding of mental incapacity under the terms of the SFT.

2)  Shelly had the authority to sell the Clippers to Steve Ballmer.

3)  Any sale of the Clippers could proceed if Donald decided to appeal the ruling.

On July 28, the Los Angeles County Superior Court ruled in favor of Shelly on all of these issues and concluded that the sale of the Clippers could proceed even in light of any pending appeal.  On Aug. 12, Ballmer became the official new owner of the Clippers.

This case highlights an issue that has become increasingly common with people living longer (See  “People Are Living Longer”, below).  At some point in our lives, any of us, or a family member, may become unable to manage financial or personal affairs because of age, accident or a health problem.  According to the National Institute on Aging, the occurrence of Alzheimer’s disease doubles every five years beyond age 65, and more than half a million people under 65 have some form of dementia.  The prevalence of degenerative brain disease is only expected to increase in the coming years (See “Projected Incidence of Alzheimer’s in U.S.” below).

What Is Mental Capacity?

Mental capacity is the ability for an individual to make sound financial and personal decisions on his own.  The definition of “incapacity” varies from state to state and can also be governed by a legal document such as a living trust or a power of attorney (POA).

There are also different levels of mental cognition required for testamentary capacity (that is, capacity to make a will or a lifetime gift), in which your client needs to understand only the nature of his property and family, and contractual capacity, a much higher standard in which your client understands the nature of more complex proceedings like legal and financial decisions.

The best way to plan for your client’s incapacity is through the use of three documents:

Without these documents in place, no one has legal authority to handle your client’s financial affairs if he becomes incapacitated, unless they bring the matter to court (a time-consuming and costly action).  Even after a court appoints someone, the court can require the individual to report periodically on the incapacitated individual’s financial and personal affairs.

Each of these documents can be important in establishing how incapacity is determined and who may make certain decisions.

Durable POA. The durable POA allows the designated agent to make legal and financial decisions for the incapacitated person (for example, signing tax returns, paying bills, transferring assets into a living trust).  It typically goes into effect when signed and delivered to the agent and is “durable” because it remains effective beyond the individual’s incapacity.

Healthcare POA. The healthcare POA allows the appointed individual to make healthcare and medical decisions for the incapacitated individual (such as life-sustaining measures, consent to surgical procedures or organ donation). A waiver of the privacy requirement mandated by the Health Insurance Portability and Accountability Act (HIPAA) to allow the agent access to pertinent medical information should accompany this document.

Living trust. In most states — including California, where the Sterlings live — the living trust is the core of an estate plan.  It’s a receptacle for all of a person’s assets, which makes for easier administration during the person’s lifetime and for the effective disposition of those assets upon death.  At Bessemer, we recommend that a living trust be funded at the very least with an individual’s liquid or financial assets, which can be used to pay expenses at death.  The individual can revoke or amend the trust during his lifetime, as long as he has capacity.  When someone loses capacity, the designated individual or corporate successor trustee then manages the assets during the individual’s lifetime, according to the terms of the trust.

In most families, the need to determine whether a trustee of a living trust is legally incapacitated never arises.  Many trustees whose mental faculties deteriorate may still be able to recognize that someone else is in a better position to handle financial affairs.  In those cases, a trustee can simply resign the trusteeship and other decision-making roles and allow successors to take over.  The need for one or more doctors to certify that the trustee is incapacitated would arise only in a contentious situation, in which, for example, the trustee refuses to step down or the children disagree about their parent’s state of mind.

In the Sterlings’ case, both Donald and Shelly were named as the initial trustees of their living trust.  The trust provided that, if one of them died or became incapacitated, the other would become sole trustee.  The SFT also said that a trustee would be deemed incapacitated if two doctors confirmed it.

When they established their living trust, Shelly and Donald did their best to protect themselves from any future incapacity.  If either was no longer competent to serve as trustee, the trust allowed for the individual to be removed without court intervention.  The Sterlings also waived their HIPAA privacy rights for this reason.  Although no one could have anticipated the events as they occurred, the trust did operate as intended: It protected the trust assets from being squandered or mismanaged.

If the Clippers hadn’t been placed in a living trust, a probate court may have still determined Donald’s incapacity, but the time it would have taken for the family to go to court could have substantially diminished the value of the Clippers.  In this case, time was of the essence.  To avoid having the NBA auction off the Clippers, it’s likely Shelly needed to broker the sale of the team. The $2 billion price tag she secured represented the most ever paid for an NBA franchise (See “Highest Sale Prices for NBA Teams”). Moreover, when Donald revoked the trust in June, it prompted several banks that had lent roughly $500 million to the trust to call their loans. Therefore, Shelly’s advisors argued, if the $2 billion deal were to fall through, the trust could be forced to sell the Clippers at a fire-sale price to raise the funds to pay off this debt.  This emphasis on acting quickly as fiduciary to take advantage of an extraordinary offer was perhaps one of the most important factors behind maximizing the sale of the Clippers—and mitigating the damage caused by Donald’s behavior.

One of the most important decisions in establishing or administering the living trust is designating the successor trustee — an individual or corporate trustee that takes over when the current trustee can no longer do so. If a friend, business   associate,  professional   advisor  or family member is named as an individual trustee, that individual should be responsible, have good judgment and have the time to supervise the trust assets.  If such an individual  isn’t available, a corporate trustee may be appropriate.  Corporate trustees have durability and the ability to deliver objective, solution-oriented advice tactfully and dispassionately.  Their expertise on matters such as trust administration, investments, and estate law — and their experience mediating disputes between beneficiaries — often places them in a better position to make difficult decisions and handle the complexities of managing the trust assets.  In many cases, a grantor may choose to have an individual and corporate trustee work together, with the individual providing oversight and perspective on family dynamics.

Laura Zeigler is a principal in the Legacy Planning Group and Fiduciary Counsel at Bessemer Trust.

This material is for your general information. This material does not constitute tax advice or take into account the particular investment objectives, financial situation, or needs of individual clients. It has been prepared based on information that Bessemer Trust believes to be reliable, but Bessemer makes no representation or warranty with respect to the accuracy or completeness of such information. Views expressed are current as of the date noted and are subject to change without notice.