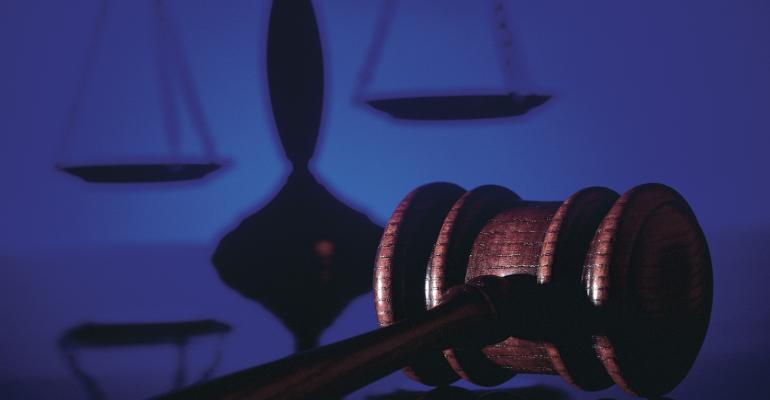 It’s disheartening for all to see relatives and friends taking sides in a dispute. Mediation is a viable way to achieve cost savings and justice.

In an ideal world, every client will have planned for their passing by creating (and continually updating) a detailed estate plan that clearly addresses the disposition of their financial assets. Unfortunately, that’s often not the case, which can lead to interfamily disputes that can take multiple years and tens of thousands of dollars to resolve through the courts. But practitioners can help their clients by suggesting mediation as an alternative way to settle these type of disputes.

What Can Go Wrong?

This issue arises in a myriad of situations. Many times, on divorce or remarriage, only some of the documents are updated. An ex-spouse may remain as beneficiary on work related benefits. A second wife may be named as executor, and the children of the earlier marriage may fear assets are being hidden. Many states have laws preventing omitting a spouse entirely, but that’s a discussion for another time.

Children frequently believe that they’re entitled to equal shares of an estate. If there are no children, other heirs may believe they’re entitled to share in the estate. Neither of these scenarios are true. A very common scenario is when one child has lived with the parents for years, assuming the vast majority of their care. That child is preferred in some way, such as by being given the family home. Siblings have a different view of the situation and contend that the elderly parent was supporting the child by letting the child live with them. In other cases, as death nears, an estranged sibling may start to show an interest in their ill parent and help with their care. This help can include a trip to an attorney to prepare a will to favor that sibling.

I’ve seen cases in which the testator left a great deal of money to charities that she had favored over the years, only to have her estranged sibling commence a will contest. Another common scenario is when the family hires a caregiver, only to have the decedent give the caregiver all the assets. On other occasions, a kindly individual from church or the neighborhood assists the elderly person without any expectation of reward and is named in a will to the chagrin of the relatives.

Further complicating estate issues are situations in which the parent had granted a power of attorney to one child. On the parent’s death, it’s learned that thousands of dollars are missing that can’t be accounted for by the decedent’s needs. This money must be recaptured.

The critical issue for the family, attorney and financial advisor involved in one of these cases in what step to take next.

The excluded beneficiaries can file a lawsuit alleging the testator didn’t have capacity to execute the documents or that the testator was unduly influenced. Challenges can be made to the appointment of the executor. What then commences is an extremely long, expensive and emotionally draining process as the case works its way through the court system. Needless to say, this is only exacerbated by the pandemic because many courts aren’t open for trials.

Once the complaint is filed, all of the proposed beneficiaries must be named as defendants. Each hires an attorney and files an answer. Discovery commences, which consists of the exchange of written questions and answers. There will be depositions of all parties and, in some instances, additional depositions of third parties who may have knowledge of the situation, such as doctors, nurses, home health care aides, bankers, financial advisors, neighbors and clergy. Fees can easily run into the hundreds of thousands of dollars in a more complicated matter. In modest estates, all assets may be dissipated by the litigation.

Mediation May Be Better Option

There’s a better way: Mediation. It’s often more appropriate to bring the dispute before a private mediator who will help guide the parties to resolution. Mediators are frequently retired judges who have heard hundreds of such disputes. The mediator doesn’t decide the dispute but is able to comment on the strength or weaknesses of a party’s position. Mediation will allow a client to tell their story to the mediator, as they would to a fact finder, which is always cathartic. Troublesome issues such as unreported cash can be discussed. No doubt the attorneys have discussed the strengths and weaknesses of the case. Hearing it from a third party, and especially a judge, can help the client see the light.

Mediators don’t have to be retired judges. Qualified attorneys can also serve this function. If the parties wish to have the third party reach a resolution of the issues, the same qualified individuals and retired judges can be hired as arbitrators. Very important to the process is that the attorneys and clients have selected the particular mediator, thus investing themselves in the process.

Courts in many states have allowed mediation as part of the court process. While each state has its own set of laws regarding the process, mediation is available in most states along with the District of Columbia.

Private mediation can also be brought in at various stages, even before litigation has begun. Even if the case doesn’t settle in the initial mediation session, a plan to reduce the cost of discovery can be established. It may be that the deposition of the doctor and just one or two other witnesses can be taken and mediation resumed.

Another consideration that affects probate cases is the familial bond. Parties want what they believe is their proper share of the assets, but don’t always want to totally destroy their relationship with other family members. If a case goes to trial one side wins and one side loses. It’s doubtful that there will be any familial relationship left to mend. A mediator can suggest creative ways of settling a case that aren’t open to a judge who is bound by the specific remedies allowed by the law and perhaps save the family bond.

The death of a loved one is never pleasant. It’s disheartening for all to see relatives and friends taking sides in a dispute. Mediation is a viable way to achieve cost savings and justice.

The Honorable Judge Katherine Dupuis (Ret.) is an attorney with Lindabury, McCormick, Estabrook & Cooper, P.C., based in Westfield, N.J. (www.lindabury.com). As a member of Lindabury’s Alternative Dispute Resolution group, Judge Dupuis concentrates her practice on mediation and arbitration. She can be reached at [email protected].