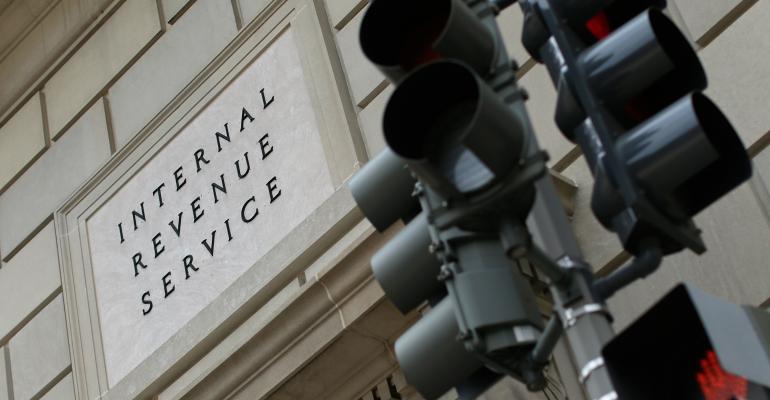 A Major Change in Planning with Limited Entities

It’s a seismic shift for LPs and LLCs.

Estate of Powell, 148 T.C. No. 18 (U.S. Tax Ct. 2017), is easily the most significant Tax Court decision involving the estate taxation of family limited partnerships (FLPs) that’s been handed down in the last five years.

It’s a full Tax Court decision, and its implications are such that every FLP and family limited liability company (FLLC) needs to be carefully examined to confirm that it doesn’t run afoul of the Powell thicket. Given the doubling of the federal estate tax exemption under the 2017 Tax Reform Act, for those estates under the new magic number of $11.18 million, it may well be that Powell will be invoked offensively by the taxpayer as a means to assert estate tax inclusion and, thereby, generate a tax-free step-up in basis for the assets brought back into the decedent’s gross estate.

With FLPs and FLLCs, the key estate tax concern arises under Internal Revenue Code Section 2036, which is one of the IRC’s “string provisions.” IRC Section 2036 is the IRS’ chief weapon to challenge discounts for lack of control and lack of marketability that are generally associated with interests in limited partnerships and LLCs.

“[t]he value of the gross estate shall include the value of all property to the extent of any interest therein of which the decedent has at any time made a transfer (except in case of a bona fide sale for an adequate and full consideration in money or money’s worth) ... under which he has retained for his life or for any period not ascertainable without reference to his death or for any period which does not in fact end before his death –

On Aug. 6, 2008, NHP Enterprises LP, a Delaware limited partnership, was formed when the decedent’s son, as general partner, executed and filed with the Delaware secretary of state a certificate of limited partnership. Two days later, on Aug. 8, 2008, cash and securities were transferred from the decedent’s revocable trust in exchange for a 99 percent LP interest. That very same day, the decedent’s son, acting under his mother’s power of attorney, transferred the decedent’s 99 percent LP interest to a charitable lead annuity trust (CLAT). Just one week later, on Aug. 15, 2008, the mother, Nancy H. Powell, died.

The IRS was looking to use Section 2036 as a weapon to disallow the discounts that the estate claimed on Nancy’s estate and gift tax returns due to the alleged lack of control and lack of marketability of the decedent’s 99 percent LP interest.

The starting point for the IRS’ argument was premised on Section 2036(a)(2), on the basis that the decedent, as the holder of a 99 percent LP interest, possessed the ability, in conjunction with the general partner (who was her son, and her PA) to liquidate the LP.

Usually, when the IRS makes a Section 2036 challenge, the estate’s response is that the exception to estate tax inclusion applies for a “bona fide sale for an adequate and full consideration in money or money’s worth.” As the case law has developed, including in Estate of Bongard v. Commissioner, 124 T.C. 95 (U.S. Tax Ct. 2005), the bona fide sale exception requires two components: (1) a proportionate crediting of the partners’ capital accounts in the partnership, and (2) a legitimate and significant non-tax reason for the transfer to the FLP.

The estate didn’t even attempt to challenge the IRS’ arguments that Section 2036(a)(2) applies by virtue of the decedent’s ability to join in the liquidation of the entity or that the bona fide sale exception to Section 2036 applies by reason of a legitimate and significant non-tax reason for this deathbed transfer.

Nor did the estate argue that under the U.S. Supreme Court’s 1972 decision in United States v. Byrum, 408 U.S. 125 (1972), the general partner’s fiduciary duties prevented the application of Section 2036. Nevertheless, the Tax Court devoted considerable attention to this issue, concluding that the taxpayer-friendly doctrine of Byrum doesn’t apply when the general partner who controls distribution decisions is a related party (particularly where, as here, the son/general partner was also the decedent’s agent under a PA).

Rather, the estate argued that, by virtue of the decedent’s transfer (via her son, acting under PA) of her 99 percent LP interest seven days before her death to the CLAT, there was no retained interest to trigger the application of Section 2036.

Accordingly, the decedent’s entire interest in the property transferred to the FLP was brought back into the decedent’s gross estate, and all discounts were lost.

The next question involved the methodology for determining the amount of the estate tax inclusion when Section 2036 applies. In this regard—even though the parties didn’t raise this issue in their briefs—the Tax Court emphasized the role of Section 2043 in providing an offset for the LP interest received by the decedent.  The Court’s analogy here was to a doughnut and the doughnut’s hole. The role of Section 2036 is to bring back into the gross estate the hole in the doughnut—namely, the discounts for lack of control and lack of marketability.

A Blessing or a Curse?

So, what does Powell mean in our new paradigm where, for non-taxable estates below the $11.18 million threshold, tripping Powell would actually be a good thing to generate a tax-free step-up in basis for inherited property? One can expect that Powell will be regarded as a blessing by many who will willingly invoke it to assert estate tax inclusion over gifted FLP and FLLC interests and the corresponding entity property. Indeed, in non-taxable estates, there will likely be a reversal of the positions traditionally taken by taxpayers and the IRS concerning estate tax inclusion in FLPs and FLLCs. Stay tuned as they say, as this area will most assuredly be hotly contested in the years to come.