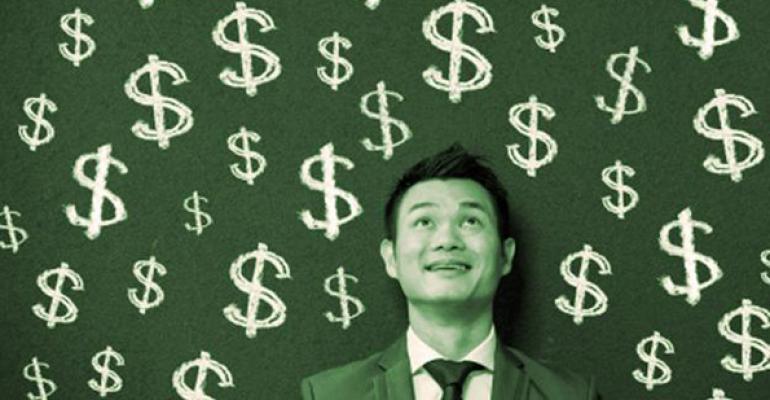 Living and Leaving a Happy Legacy

A new focus on emotional prosperity

Under the American Taxpayer Relief Act of 2012, our clients may be passing on greater amounts of wealth to their loved ones.  But, are they living and leaving happier legacies?  Consider that the United States is nearly three times as rich today as it was in 1970, yet according to nearly every survey, Americans aren’t happier today than we were back then.

Our modern culture says that to be happy, we need to make a lot of money to live a happy and successful life.  And, while having enough money to take care of our basic needs (for example, food, shelter, clothing) does increase happiness, more money doesn’t necessarily make us any happier.  For example, someone who makes $300,000 a year isn’t necessarily any happier than someone who brings home $75,000 a year.  So, how much money do we need to make to feel reasonably comfortable and happy?

It seems that the magic number that answers this question varies among individuals and across countries, but in the United States, it falls somewhere around $75,000.  Using Gallup data collected from almost half a million Americans, researchers at Princeton University found that higher household incomes were associated with better moods on a daily basis—but, the beneficial effects of money tapered off entirely after the $75,000 mark.  Moreover, for those of us who are particularly focused on making more and more money, the evidence suggests that we tend to be more depressed, anxious and generally less energized.1

So, if greater amounts of money have somewhat diminishing marginal returns on our level of happiness, what will make us happy?  According to the recent documentary Happy (2011), produced and directed by Academy Award Nominated Roko Belic, our baseline genetic makeup accounts for 50 percent of our happiness quotient.

Shockingly, our circumstances such as the job we have, how healthy we are, how much money we have, and our status in society account for merely 10 percent of our happiness quotient.  The remaining 40 percent is geared toward intentional activities—those things we have the most control over and can do on a regular basis to increase our level of happiness.

·      Physical activity—Exercise and energizing play raises our levels of dopamine, a neurotransmitter that causes us to feel happier.

·      Being grateful—Being thankful for what you have, instead of focusing on what you don’t, is another intentional activity worth pursuing.  For example, the simple act of writing down five things that you’re grateful for, once a week, has measurable results toward improving one’s happiness.

·      Compassion/service to others—Individuals who focus on helping those in need and trying to make the world a better place report having more happiness.

It seems that vast majority of “happiness” surrounding money is relative and not absolute; it’s temporary, not lasting.  In his comprehensive work The Psychology of Happiness, Oxford University psychologist Michael Argyle observed:

Many of us automatically equate money with security and freedom, but that limited mindset can leave us and/or our loved ones feeling insecure and restrained.  Money isn’t an emotional inoculation—it won’t turn an unhappy life into a happy one.  And, at times, money can be more of an emotional burden than a financial benefit.

The documentary Born Rich, created by Jamie Johnson of the Johnson & Johnson pharmaceutical fortune, discusses the burdens of inherited wealth by 10 young adults, including Ivanka Trump (the daughter of Donald Trump) and Georgina Bloomberg (the daughter of New York City Mayor Michael Bloomberg).  Johnson’s motive in making the film was kindled by his concern that those with money refuse to talk about it and often have feelings of guilt and of being overwhelmed.

While money has it blissful limits, does what we spend money on emotionally matter?  Current studies of consumption and happiness2 suggest that people are happier when they spend money on experiences instead of material objects; when they value what they plan to buy before they buy it; and when they stop trying to keep one step “ahead of the Joneses.”  As such, buying meaningful experiences through vacations or entertainment typically trumps buying material things such as televisions and cars.

We all leave our legacy by the way we choose to live one day at a time—perhaps the most prudent advice to clients in helping them to make it a happy one is to sporadically redirect the conversation from achieving or passing on financial prosperity, to realizing emotional prosperity.  In doing so, consider counseling clients to buy more experiences in many instances; in other cases to simply buy less; and in all cases, to consider buying a bit throughout the journey for those who are truly in need.