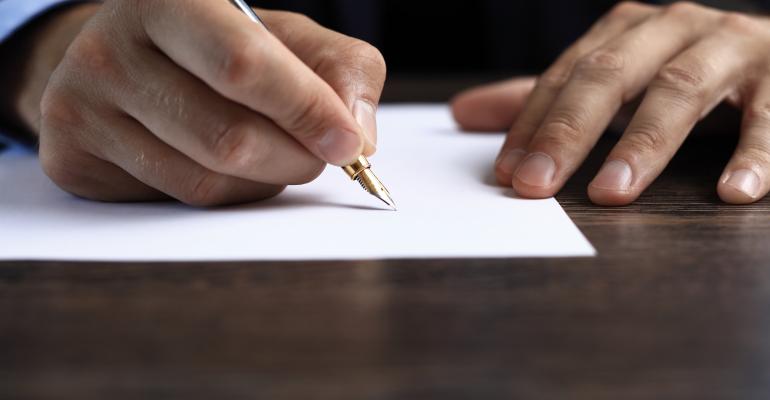 Charles A. Redd comments on “A Case For and Against An Estate Tax,” which appeared in our December 2020 issue.

I’ve just read the thought-provoking article in the December 2020 issue of Trusts & Estates by Turney P. Berry and Jonathan G. Blattmachr entitled “A Case For and Against An Estate Tax.” I greatly respect Messrs. Berry and Blattmachr, and I appreciate their articulation of a number of interesting and valid points.

I do respectfully disagree, however, with some of their arguments ostensibly in favor of retaining the estate tax. First, they say arguing in favor of repeal because the estate tax raises insufficient revenue to justify its existence is circular because we could simply decrease the exemption and raise the rates. In a law professor’s universe, that may be true, but, in the real world, decreasing the exemption and raising the rates to a point where the estate tax actually generates enough revenue to justify its excessive complexity and the bureaucracy required to administer it would be a political impossibility. The fastest way for the Democrats to squander their recently won power in Washington would be to propose, say, a $1 million  exemption and rates of 55% and higher. Making the estate tax a significant producer of money for the U.S. Treasury is simply not an option. Thus, in reality, the argument is not circular but, rather, stands on its own.

Second, the estate tax sometimes is, in essence, a double tax. When X earns or realizes income of $100, X pays income tax on that $100, and what’s left is subject to estate tax at X’s death. Berry and Blattmachr’s position that the estate tax isn’t a double tax is grounded in the idea that, in my hypothetical, X doesn’t pay the estate tax; X’s heirs do. In their view, the fact that separate taxpayers pay the income tax and the estate tax mean the estate tax isn’t a double tax. They illustrate that position by positing a barber who earns $1,000 and then pays a grocer who then pays an accountant. They say that’s double (or more multiples of) taxation, and that doesn’t offend us, so why should imposing estate tax on already-taxed income be a problem? Here’s my answer. Suppose I earn $100 and pay income tax on that $100. I take what’s left, say, $60, and pay my child to perform some domestic chores. My child then pays income tax on that $60. Berry and Blattmachr would argue that’s not double taxation because, at each level of taxation, we have different taxpayers. But, in the Berry/Blattmachr example, the multiple levels of taxation occur in commercial transactions among unrelated parties. In my example, the double taxation occurs within the same family, indeed, within the same household. Yes, we have different taxpayers, but, when they are in the same family (often related as closely as parent and child), it sure doesn’t feel even close to the same as the barber/grocer/accountant example. It’s the same with the estate tax.

Third, I strongly disagree with the notion that, if we repeal the estate tax, we must hurry to replace it with something that produces an equivalent amount of revenue or Planet Earth will cease to revolve. As everyone acknowledges, the estate tax produces a pathetically small amount of net federal revenue.  What government function or government-sponsored program is going to be lost or even impaired if the puny revenue-producing estate tax vanishes? As our representatives in Washington have demonstrated resoundingly on countless occasions in recent decades (see endnote 4 of the Berry/Blattmachr article), the appropriate response to eliminating the estate tax would be simple. Just add the loss resulting from estate tax repeal to the deficit. No one, and I mean no one, would notice or care.

I don’t deny that some of the points made in the article are well taken and, indeed, unassailable.  However, based on what I’ve written here, I say the totality of the arguments in favor of retaining the estate tax are not as strong as Messrs. Berry and Blattmachr seem to think.