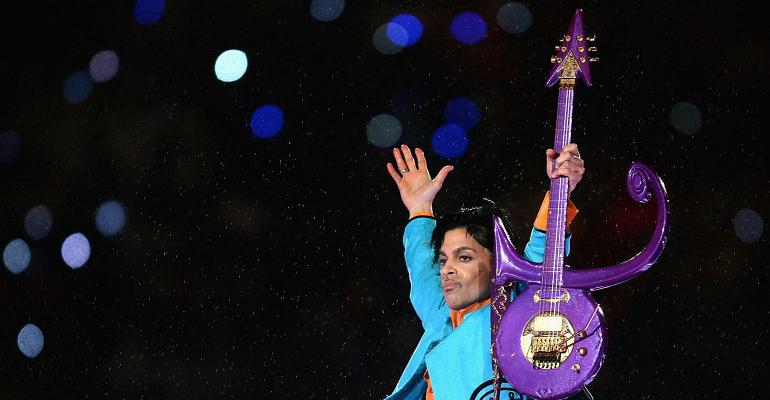 The management of Prince Rogers Nelson’s (better known simply as “Prince”) artistic life suggests much concern for legacy and reputation, yet it appears he died without a will. If true, there’s no plan for his $500 million dollar estate. Nor is it clear who controls his royalty rights—or the fate of his unreleased music. Indeed, Prince’s music, image and likeness may be used in any number of ways that he never intended.

Prince’s sister, Tyka Nelson, recently petitioned the Minnesota Probate Court claiming that Prince died intestate. The court will name an executor, with authority to conduct business involving Prince’s assets. The executor could be Tyka, a half-sibling or one of Prince’s children (should one come forward). With so much at stake, it promises to be a lengthy court battle and presumably a media circus. Unfortunately, this isn’t uncommon: Many celebrities—including Barry White, Jimi Hendrix, Bob Marley, Amy Winehouse and Kurt Cobain—unexpectedly died without a will.

Prince made purposeful decisions about his image and business. For instance, in 1982 he wrote a party anthem calling on 1980s rockers to party like it was 1999. The song hit the top 40 in 1983, but Prince anticipated “1999” would have a resurgence of relevance as the eponymous year approached. Sure enough, the song re-charted in December 1998.

Prince’s artistic genius and business decisions paid off. Forbes estimates the estate’s value at $300-$500 million—not counting the 16,000 percent increase in sales in the days following his death, nor the appraisal of hundreds of unreleased songs kept in his vault.2

It seems a shame that despite Prince’s careful architecture, the keys to his empire are now more or less up for grabs.

With careful planning, Prince’s situation can be avoided. When working with clients who are artists or athletes and have both an estate and a legacy to manage, make sure to review the following simple strategies with them:

1. Will needed. Tom Ofperman, a partner at Dentons in Chicago, finds Prince’s problem familiar: the biggest issue is the absence of a will.3

Based on Opferman’s own experience with celebrity clients, including the frontman of one of the most successful bands of the 1990s, this isn’t uncommon. Often in such cases, the client’s "handlers ... get in the way,” Opferman suggests. “Because they want to be important in the artist’s legacy, they often disrupt the process.”4

Especially when your client’s goal is to party like it’s 1999, there are only so many hours in the day. Those focused on artistic or athletic pursuits would be well served to leave probate concerns to third parties. Your client should appoint an executor or a trustee to manage the trust after they die. A client possessing literary or artistic IP may also wish to appoint an executor with experience in copyright law.

3. Need for good records. Robert W. Cockren, a partner at Dentons, notes the connection between good recordkeeping and literary valuation: “If it is the artist’s goal that copyrighted material is to transfer from the [decedent], he must get it [registered].”5 The rights may then be assigned to a beneficiary. Any material not specifically accounted for is part of the revenue stream that goes into a residual clause.6

Musicians and authors should keep a complete and up-to-date running inventory of their works, including when each was first created and fixed in a tangible medium.7 This file should include signed copies of all agreements of sale, loan agreements, deeds of gift, publishing contracts and grants of rights to others to prepare derivative works or reproductions, as well as records of all copyright registrations, deposits and notices.

Further, entries should specify whether the work was created as a joint work, a work for hire or a derivative work. Records should also be kept of all licenses, grants and gifts (including the duration and territory encompassed by such license, grant or gift), all devisable ownership interests and any and all exercises of termination rights and any other contractual rights.8

4. Plan estate. Two important questions you should ask your client:

5. Consider valuation. Michael Morden, a partner at Dentons, explains why, ideally, public figures would consider how their estates would be valued during their lifetimes.10 He advocates a heightened awareness of valuation, so it doesn’t ambush the value of an estate after an artist’s death.

For public figures, the valuation of rights of publicity might not intuitively raise the question: How will I pay this off when I die?11 Estate taxes involve valuation and liquidity. The highest and best use of the deceased’s name will be considered for valuation.12

This raises interesting concerns for artists who decide to manage their artistic reputation by suppressing some of their creative work. Prince, for instance, removed his Black Album from the market after its release, based on his vision for his artistic persona. His unreleased work was likely not given his final approval in this way, and it follows that he wouldn’t have wanted it released. Nevertheless, if it’s appraised to have value, this amount would be factored into the estate and hence the tax and could result in the forced sale of this (or other) work.

To avoid the steep valuation of unreleased creative works, Morden suggests gifting those works to others during the artist’s life.

6. Understand the policy concerns that may come into play. Courts frequently state that a fundamental policy of trusts and estates law is to carry out the testator’s intent. However, “dead-hand restrictions” that control the use of property from the grave are disfavored: “If a court cannot void a use restriction based on a technical rule of construction, generally a court will employ a balancing test to determine whether the dead-hand restriction is reasonable....”13

In a trust, Prince might have stipulated that certain music was only for personal use. A trustee would have to abide by this wish. However, Morden warns 15 years out, someone might attempt to act in opposition to the terms of the instrument.14 The valuation will always be highest and best use, and there’s a fiduciary duty to consider. For this reason, Morden observes it’s difficult to keep something hidden after death. If directed to destroy artwork, the beneficiaries of the trust may assert a right to control.15

Prince’s commitment to experimentation and category-defying will, no doubt, continue to inspire other artists. But despite his unique persona, the disarray of his estate is all too common and flatly unworthy of emulation. Do your clients and their family, friends, favorite charity or their alma mater a favor: Urge them to make a will. Put their wishes in writing. Then go back to singing about little red Corvettes, and party like it’s 1983.

Many thanks to summer associate Stacey Petrek, Univ. of Chicago, Class of 2017, for her invaluable assistance.