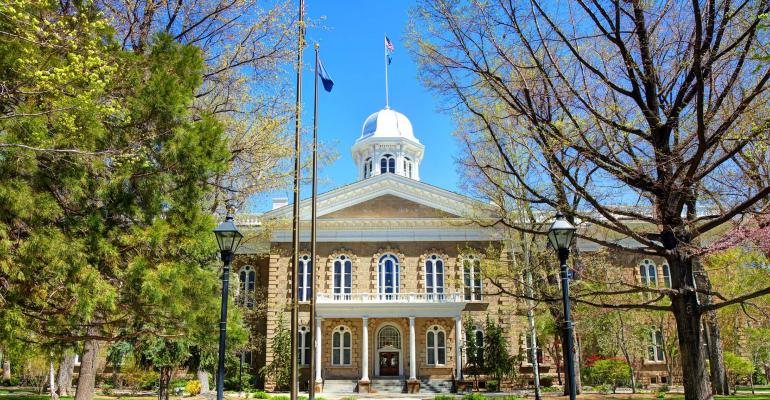 The Key Estate Planning Developments of 2021

State legislatures have been very busy this year.

With a new president and uncertainty still swirling around COVID-19 and its long-term effects, state legislatures have been very busy to say the least. The updates and changes have been steady on the trusts-and-estates-related front as well. Here’s an update on some key planning developments across the country, through Nov. 30, 2021.

Even before the pandemic, in today’s technologically driven society, courts have increasingly been called on to adjudicate the validity of electronic writings purporting to be wills. While a controversial topic, jurisdictions had begun to advance their laws to enter the electronic world, with COVID-19 accelerating the movement.

In July 2019, the Uniform Law Commission promulgated the Uniform Electronic Wills Act (UEWA), which gives a testator the ability to electronically execute a will provided that the will exists in the electronic equivalent of text (no audio or video wills) and the requisite number of witnesses are physically present or, in jurisdictions that will allow it, virtually present for the signing of the electronic will. The UEWA also provides that electronic wills can be revoked the same way as traditional ones, including by a subsequent will or codicil or a revocatory act. Additionally, the UEWA requires that the self-proving affidavit be executed at the same time as an electronic will so the affidavit is part of the electronic will. An electronic will should be recognized as valid if it’s valid under the law of the jurisdiction where the testator was physically located at the time of signing. The UEWA doesn’t include requirements regarding the storage of electronic wills, although individual states can add requirements in their statutes.

The Tax Cuts and Jobs Act of 2017 limited the deduction for state and local taxes (SALT) to $10,000. In response, some high-tax states attempted to circumvent the SALT cap by developing state-operated charitable funds, essentially allowing individuals to make charitable donations to offset their real estate taxes. The Internal Revenue Service was quick to quash this workaround. On Nov. 9, 2020, the IRS issued Notice 2020-75, allowing partnerships and S corporations (S corps) to elect annually to pay SALT through the entity in exchange for the partners or shareholders receiving a personal income tax credit equivalent to the pass-through entity (PTE) tax, in effect permitting the partnerships and S corps a workaround to the SALT limitation. In essence, because the SALT cap applies only to individuals, SALT assessed at the entity level should be fully deductible for federal tax purposes without regard to the individual SALT cap.

The right of publicity (ROP) is an individual’s right to control and profit from the commercial use of their name, image or likeness and to prevent others from exploiting their persona for commercial gain. The ROP is governed by state law, either through statute or common law. The post-mortem ROP extends the ROP beyond an individual’s lifetime, typically prohibiting the unauthorized use of an individual’s likeness for commercial purposes for some period after death, and allowing an executor or heir to enforce the protections provided by law.

In the high-profile 2021 case of Estate of Michael J. Jackson, the Tax Court directly addressed the taxability of image and likeness. The estate originally valued Jackson’s image and likeness at $2,105 on his estate tax return, the IRS’ initial valuation on audit was about $434 million and, in a stunning victory for the estate, the court determined the value was around $4 million. This case, which involved California’s post-mortem ROP statute, put squarely in the spotlight the big dollars potentially at issue in valuing these intangible rights for estate tax purposes. About half the states in the country have some form of post-mortem ROP. States vary in terms of what triggers the post-mortem ROP.

Despite proposals that threatened to reduce the federal exemption amount, the current federal $11.7 million exemption is presently slated to remain in place until Dec. 31, 2025, when it will revert to $5 million, indexed for inflation. There are 13 jurisdictions (Connecticut, Hawaii, Illinois, Maine, Maryland, Massachusetts, Minnesota, New York, Oregon, Rhode Island, Vermont, Washington and D.C.) that impose an estate tax, and six (Iowa, Kentucky, Maryland, Nebraska, New Jersey and Pennsylvania) with an inheritance tax, including one state (Maryland) that imposes both sets of taxes.

*The full length version of this article, “The State of the States: 2021,” appears in the January 2022 issue of Trusts & Estates.