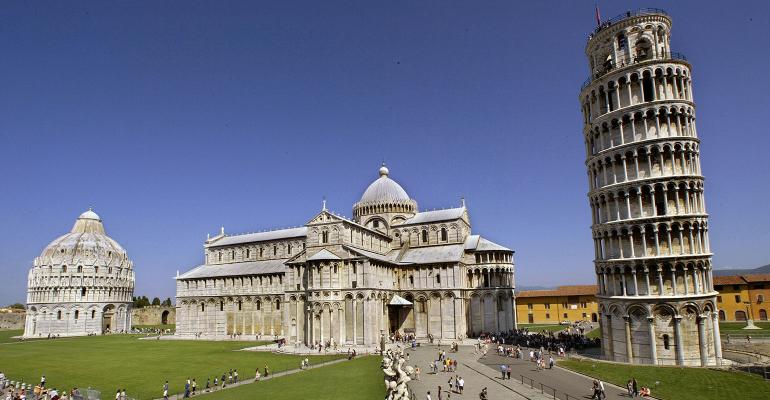 On March 8, 2017, the Italian tax authorities released official guidelines aimed at implementing a beneficial tax regime for foreigners who relocate their tax residence to Italy, as well as returning Italian citizens.

Main Features and Scope of Application

As already illustrated in an earlier article, eligible taxpayers—for example, individuals who haven’t qualified as Italian tax residents for at least nine of the past 10 years—may opt for the application of an annual €100,000 substitute tax on their foreign-sourced income.

Therefore, no Italian statutory progressive tax on foreign-sourced income will be levied, provided that the annual €100,000 substitute tax is paid and irrespective of the actual amount of the foreign income and its remittance to Italy.

An additional and ancillary consequence of the regime is the exemption from gift and inheritance tax on the applicant’s transfer of assets and rights located outside of Italy.

Capital gains arising out of transfers of significant interests in foreign companies generated in the first five years are subject to Italian statutory taxation (which, however, grants an exemption of roughly 50 percent).

Qualifying individuals can benefit from the regime for up to 15 years. The election can be withdrawn at any time, save for any effects prior to the withdrawal. The above features concerning the freedom to remit assets and funds to Italy and the length of the regime’s duration make it more appealing than other regimes.

In the newly-released guidelines, the Italian tax authorities have clarified that those individuals electing the regime must do so by the deadline for submitting the tax return related to the fiscal year in which the qualifying individuals become Italian tax residents (for example, by Sept. 30, 2018 for fiscal year 2017) or the following fiscal year.

It’s worth highlighting that, although the law through which the regime has been introduced requires taxpayers to pursue tax authorities’ approval by means of an advance ruling, the guidelines seem to connect the effectiveness of the election to the mere filing of the official application form with the tax authorities (and to the extent that all of the necessary information is disclosed in the form), regardless of the obtaining of an advance ruling.

The new legislation also provides for an expedited visa process for foreigners wishing to adhere to the regime.

It’s possible to exclude income generated in certain jurisdictions from the scope of the regime, provided that such jurisdictions are expressly listed in the application form. Such foreign-sourced income will therefore be subject to Italian statutory taxation (or to the taxation laws provided for under the relevant double tax treaties between Italy and the other jurisdiction) and benefit from a tax credit.

Furthermore, an election for the regime can be extended to one or more relatives of the qualifying individuals, provided that the relatives meet the requirements for the regime and relocate their tax residence to Italy. In such a case, the annual substitute tax related to each relative will amount to €25,000.

The guidelines clarify that, if a qualifying individual withdraws or is excluded from the regime, the relatives are also automatically pushed out of the regime’s scope, unless they expressly opt for the continuation of the regime in regard to their individual positions.

The regime represents a new option to be considered by high-net-worth individuals who are looking for a jurisdiction that combines a good lifestyle with tax optimization.

In addition, as briefly illustrated above, the regime seems to offer better and more straightforward conditions than the regimes currently implemented by many other jurisdictions.

However, as we believe that it will take a considerable amount of time to collect and file the inherent documentation, and to accurately evaluate all of the relevant aspects of an individual’s position, it’s advisable that those individuals who are interested in adhering to the regime beginning in 2017 consult with their tax and wealth advisors as soon as possible.

Deciding to adhere to the regime certainly requires advance and detailed tax and legal planning to carefully evaluate the eligibility requirements, to design and implement an advance asset restructuring, to take into due account the outbound jurisdiction’s domestic tax law (for example, exit taxation, deemed domiciled status for some moving from the United Kingdom) and to test the interaction of the regime with tax treaty law, source countries’ tax law and relevant succession and family law.