/sites/all/themes/penton_subtheme_wealthmanagement/images/logos/footer.png
Recent
Recent
Big Tech Is At Banking's Door, WealthTech Isn't Far Behind
Nov 23, 2020
Oranj’s Closure Is a Wakeup call for Advisortech
Nov 23, 2020
Accounts Double at JPMorgan Robo Advisor You Invest
Nov 23, 2020
Women in Finance Must Ask for Promotion, Unlike Men: Survey
Nov 23, 2020
Fund Managers Hate Working From Home as Much as the Rest of Us
Nov 23, 2020
Featured
Poll: 15 Classic Books on Investing and the Markets
Apr 03, 2020
Fifteen Must-Listen Business Podcasts for Advisors
Aug 14, 2020
FICO Updates and Their Impact on Credit Scores
May 06, 2020
The Top Colleges for Financial Planning
Oct 03, 2019 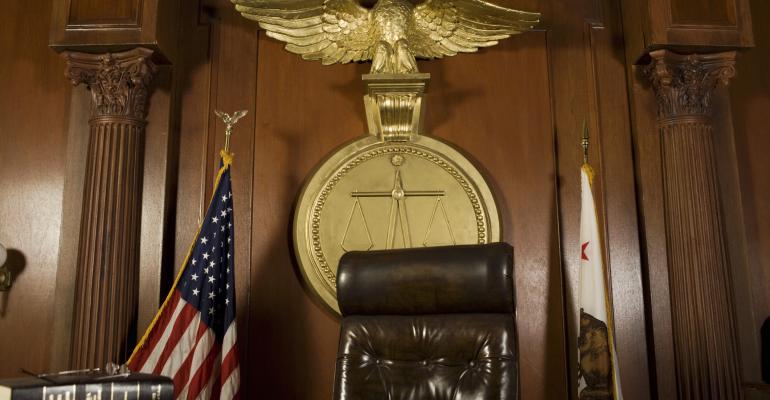 The Tax Court didn’t abuse its discretion in refusing to set aside a settlement between an estate and the Internal Revenue Service, ruled the U.S. Court of Appeals for the Seventh Circuit.  In Billhartz v. Commissioner, No. 14-1216 (7th Cir. July 23, 2015), the Seventh Circuit affirmed the Tax Court and let stand a settlement between the IRS and an estate in which the IRS conceded to a 52.5 percent of the estate’s claimed deduction of over $14 million.  Subsequent to the settlement, the decedent’s children instituted litigation claiming that they were entitled to a larger portion of their father’s estate and that they’d been fraudulently coerced into accepting a lesser amount. The estate then sought to vacate the settlement, arguing that if the children were to prevail in court, the settlement wouldn’t allow the estate to claim an estate tax refund for additional amounts paid to the children.  The Tax Court rejected the estate’s arguments and upheld the settlement agreement.  The Seventh Circuit affirmed.

Decedent Warren Billhartz married Norma in 1955; they had three daughters and one son, Ward.  They divorced in 1978.  As part of their divorce, they entered into a marital settlement agreement in which Warren agreed to give one-half of his estate to the children, in equal shares.  In 1979, Warren married Marcia, with whom he remained married to until his death in 2006.  After he married Marcia, he executed a will and trust.  Marcia and Ward were co-trustees.  At the time of his death, almost all of his assets were in a trust or held in joint tenancy with Marcia.

According to the trust’s terms, the trustees were to set aside funds to purchase an annuity that would pay Norma $3,000 monthly.  The remaining trust funds were to be divided as follows: 6 percent to each of Warren’s daughters; 16 percent to Ward; and the remainder to Marcia.

Although the marital settlement agreement provided that the four children were to receive half of Warren’s estate, the children ended up cumulatively receiving 34 percent of his assets, divided unevenly.  Despite the discrepancy between the marital settlement agreement and the result, the four children in 2007 executed a waiver in which they received the lesser shares set forth in the trust and waived all potential claims they may have had against the estate or the trust.  Each daughter received approximately $3.5 million; Ward received $9.5 million.

In 2007, the estate filed its tax returns, claiming a deduction of about $14 million related to the amounts passing to the four children.  Even though Ward received $9.5 million, the deduction was for $3.5 million per child.  The estate claimed the $14 million deduction under Internal Revenue Code Section 2053(a)(3), which allows deductions of claims against an estate for indebtedness founded on a promise or an agreement supported by consideration.  The estate argued that the amounts paid to the children through the trust were made under a debt owed to them by their father, based on his contractual obligation under the marital settlement agreement.

In June 2012, two of Warren’s daughters sued the estate in state court, claiming that the 2007 waiver was procured by fraud.  Ward resigned as co-trustee and filed a similar lawsuit.  They argued that Marcia intentionally and fraudulently concealed documents from them and threatened to withhold the trust money from them unless they signed the waiver.  The children also argued that they didn’t become aware of their right to 50 percent of the estate until the estate brought the Tax Court case in 2012, even though the 2007 waiver mentioned the marital settlement.

At the time the motions were pending in Tax Court, the children settled their state court lawsuits with the estate.  The estate agreed to pay each daughter an additional $1.45 million and notified the Tax Court about this settlement.

Review of the Tax Court’s Decision

The Seventh Circuit reviews a Tax Court’s decision both to enforce a settlement and to deny a motion to vacate a final decision under the abuse of discretion standard.  Before it applied this standard, however, the Seventh Circuit examined why the estate wanted the 2012 settlement set aside.

The 2012 settlement was reached to determine “once and for all” the total amount the estate could deduct based on the amounts paid to Warren’s children.  This determination was important because under IRC Section 6512, once the Tax Court’s jurisdiction is invoked, no claim for a refund may be filed for any future matter related to that particular tax return.  The estate never anticipated having to pay any more payments to the children.  However, once the children filed their lawsuits, the estate faced the possibility that it would have to pay more money to the children.  However, Section 6512 would bar the estate from getting a refund for those payments.

The Seventh Circuit discussed the purposes behind all settlements, which are:

. . . meant to substitute certainty for risk, but that does not make them risk free.  By settling, parties close the door to new information …. A party may later come to believe that it received a bad (or good) deal, but only rarely will that provide grounds for setting aside the settlement … For these reasons, courts should be hesitant to set aside settlements that are reached knowingly and voluntarily by the parties.

Expressing its reluctance to set aside a knowing and voluntary settlement agreement, the Seventh Circuit stated that: “absent a showing a lack of formal consent, fraud, mistake, or some similar ground,” a motion to vacate a settlement will be denied.

The estate argued that met the standard to vacate the settlement.  It first argued that there was mutual mistake in that the parties believed that the 2007 waiver finally determined the estate’s debt to the children, and that waiver formed the basis for the 2012 settlement.  In fact, argued the estate, the amount actually paid to the children wasn’t finalized by the 2007 waiver, so the 2012 settlement was reached while the parties were mistaken about a key fact.

The court rejected the estate’s argument of mutual mistake. It didn’t see how the finality of the estate’s payments to the children could have formed a basic assumption underlying the 2012 settlement when, in fact, the $14 million amount the estate wanted to deduct was different from the actual $20 million the estate agreed to pay the children in the 2007 waiver.  The estate never explained how it chose $14 million to deduct, so the court didn’t know whether that amount would have changed if the amount originally paid to the children had been different from what was actually paid.

The court further rejected the estate’s argument on the ground that mutual mistake is inapplicable when a party’s “erroneous prediction or judgment about future events is involved.”  In this instance, the estate merely wanted to claim a larger deduction.  It failed to foresee the children’s lawsuit; “there was no fact about which the parties were both mistaken at the time they reached the settlement.”

Moreover, the Seventh Circuit rejected the estate’s argument that the IRS made a misrepresentation during settlement negotiations when it omitted the fact that the children might initiate a lawsuit against the estate.  The court stated that all the IRS knew was that the children “might” sue.  The estate knew that fact as well—anyone could sue at any time.  Indeed, noted the court, the estate was actually in a much better position than the IRS to anticipate the children’s litigation.  And, even if the lawsuits came as a surprise to the estate and the IRS’ knowledge regarding the children’s plans could have alerted the estate to the possibility of litigation, the IRS’ omission was harmless.

Lastly, the court rejected the estate’s claim that by refusing to delay entry of its decision until after the state court litigations were adjudicated, the Tax Court violated Treasury Regulations Section 20.2053-4(a)(2).  The Seventh Circuit found the regulation irrelevant to the instant case.

Accordingly, the Seventh Circuit affirmed the Tax Court, holding that it didn’t abuse its discretion in denying the estate’s motion to vacate the 2012 settlement.