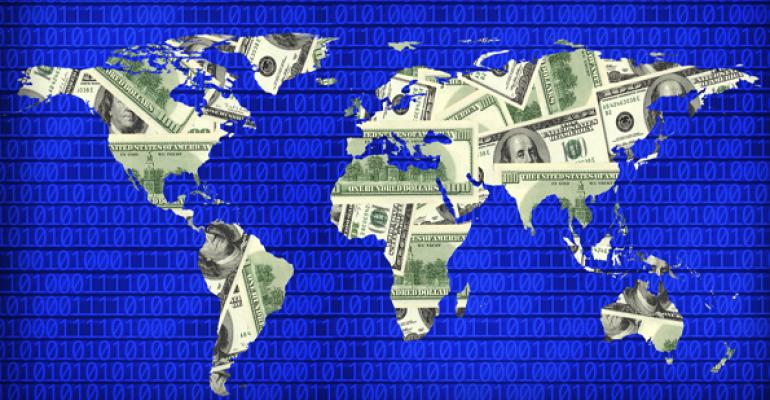 On Sept. 9, the Internal Revenue Service published proposed regulations (REG-112997-10) to implement Internal Revenue Code Section 2801, which imposes a tax on U.S. citizens and residents who receive gifts or bequests from individuals who relinquished U.S. citizenship or ceased to be lawful permanent residents of the United States on or after June 17, 2008.  Comments and discussion topic outlines for the Jan. 6 public hearing are due by Dec. 9.  Tax payments and filing requirements are delayed until the issuance of final regulations.

The Heroes Earnings Assistance and Relief Tax Act of 2008 enacted IRC Sections 877A and 2801, which apply to individuals relinquishing U.S. citizenship or lawful permanent resident status (after having held the green card for eight out of the past 15 years) if they meet a net worth or income tax liability threshold or can’t certify that they’ve complied with U.S. tax payment and filing obligations for the past five years (covered expatriates).

The amount of the covered gift or covered bequest is its fair market value (FMV) on the date of receipt, reduced by the annual exclusion amount ($14,000, the 2015 inflation-indexed figure).  The Section 2801 tax is imposed at the highest applicable gift and estate tax rates (currently 40 percent).  The resulting tax can be reduced by foreign gift or estate taxes paid with respect to the transfer.  There are exceptions for marital and charitable transfers and for amounts reported on a timely filed gift or estate tax return provided that the gift or estate tax due is timely paid.

Special rules apply if a gift or bequest is made to a foreign trust that doesn’t elect to be a U.S. trust for purposes of Section 2801.  In that case, the succession tax applies to distributions made from the trust to U.S. beneficiaries, but there’s a limited deduction available for the tax attributable to the income portion of the distribution

The guidance has arrived in the form of proposed regulations that amend Title 26 by adding Part 28 (“Imposition of Tax on Gifts and Bequests from Covered Expatriates”), divided in seven sections, as follows:

Section 28.2801-1.   This sets forth the general rules of liability for the tax by confirming that the Section 2801 tax is paid by the U.S. citizen or resident, domestic trust or foreign trust electing to be treated as a domestic trust for purposes of Section 2801.

Section 28.2801-2.  This defines key terms such as “citizen or resident of the United States,”  “covered bequest,” “covered gift,” “covered expatriate” and “indirect acquisition of property.”

The term “resident of the United States” is defined by reference to the gift and estate tax provisions of the IRC, which apply a domicile test and look to whether the individual is physically present in the United States, with the intention to remain indefinitely.   References to “U.S. citizens” include domestic trusts and foreign trusts electing to be treated as domestic trusts for purposes of Section 2801.

Section 28.2801-3.  This contains rules and exceptions applicable to covered gifts and covered bequests.   A covered bequest refers to property acquired by reason of the death of a covered expatriate that would have been includible in his gross estate, such as lifetime transfers included under the retained string provisions of IRC Sections 2036 through 2038, property for which a marital deduction was previously allowed and property subject to a general power of appointment (POA), among other things.

For covered gifts or covered bequests made in trust, the rules treat the U.S. trust or electing foreign trust as the U.S. recipient, or the U.S. beneficiary receiving a distribution from a non-electing foreign trust as the U.S. recipient, without regard to the beneficial interest in the trust or whether any person has a general POA or power of withdrawal over the property.

This provides specific rules regarding who’s liable for the payment of the Section 2801 tax and how to compute the tax.  Generally, the U.S. citizen or resident who receives the covered gift or covered bequest is liable, but a domestic trust and electing foreign trust that receives a covered gift or covered bequest is treated as a U.S. citizen and thus liable for payment of the tax.  The payment of such tax by the trust isn’t a taxable distribution to any beneficiary for purposes of the generation-skipping transfer (GST) tax.

Section 28.2801-5.  This provides guidance on the treatment of foreign trusts that receive covered gifts or covered bequests and how a foreign trust can elect to be a U.S. trust for purposes of Section 2801.  The Section 2801 tax applies regardless of whether distributions from a foreign trust are subject to income tax in the hands of the U.S. beneficiary (that is, regardless of whether the trust is a foreign grantor trust).  The definition of distribution broadly includes constructive and indirect transfers.  The portion of the distribution giving rise to the tax is determined on a pro-rata basis, based on the portion of the trust attributable to the covered gifts and covered bequests (including appreciation and income thereon).  Thus there’s no tracing of identifiable property attributable to a covered gift or covered bequest.

Section 28.2801-6.  This  explains how the basis rules affect the determination of the U.S. recipient’s basis in the covered gift or covered bequest, clarifies the applicability of the GST tax to some Section 2801 transfers and discusses the interaction of Section 2801 and the information reporting provisions of IRC Sections 6039F and 6048(c), among other things.  Importantly there’s no basis adjustment for succession tax paid, as there otherwise would be for gift tax paid under IRC Section 1015(d).

S28.2701-7.  This provides guidance on the responsibility of a U.S. recipient to determine if tax under Section 2801 is due.   Separately, on Sept. 14, the IRS announced that it will be issuing a corresponding revenue procedure for U.S. recipients to obtain information about an expatriate’s tax returns to comply with Section 2801.

The IRS intends to issue Form 708, “US Return of Gifts or Bequests from Covered Expatriates,” once these proposed regulations are finalized.  It will then provide the due date for filing Form 708 and other rules governing the section 2801 tax liability in the final regulations.