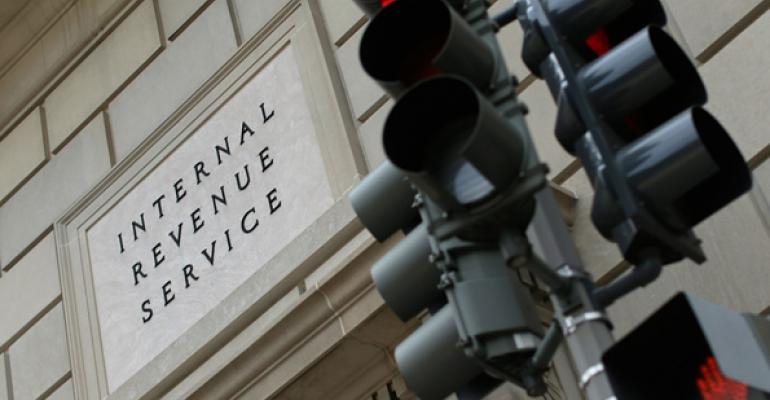 In a recent private letter ruling, the Internal Revenue Service concluded that transfer of assets from a generation-skipping transfer (GST) tax grandfathered trust into a second trust accomplished by exercise of a limited power of appointment (POA) isn’t a constructive addition to either trust and won’t cause future distributions from the receiving trust to be subject to GST tax.1  While on its face, this ruling appears to be a straightforward application of the relevant Treasury Regulation2 on point, on closer examination, the ruling should provide some comfort to practitioners interested in restructuring unsuitable exempt and grandfathered trusts.

Prior to the GST tax effective date of Sept. 25, 1985, the grantors created Trust A for the primary benefit of their granddaughter. The taxpayer represented that no additions, actual or constructive, had been made to the trust since that date.  As a result, Trust A was grandfathered from the application of GST tax.3 The granddaughter held both inter vivos and testamentary POAs under Trust A, exercisable in favor of the grantors’ then living issue who, at the time of exercise, weren’t current beneficiaries of the trust.  In default, the trust property would be held in further separate share trusts for the benefit of the granddaughter’s children and further descendants.

At the granddaughter’s death, Trust B’s terms deviated substantially from those of Trust A, in that they broadened the potential class of beneficiaries in two material ways.  First, Trust B would be for the benefit of her son (the great grandson of the original grantors) and his descendants, rather than just the great grandson alone, as would have been the case under Trust A.  Second, Trust B granted the great grandson both an inter vivos and testamentary limited POA that didn’t exist under Trust A to appoint trust property outright or in further trust to one or more of a group composed of his descendants, his spouse, his life partner, a charity or any descendant of the granddaughter.

Mindful of the costs of potentially losing grandfathered status, the granddaughter requested a ruling that the exercise of her POA wouldn’t be considered a constructive addition to either Trust A or Trust B. Characterization of the transfer as a constructive addition would potentially cause both the transfer of assets to Trust B, and any further distributions to the great grandson’s descendants to be subject to GST tax.

Exercise of POA Not Constructive Addition to Trusts

After establishing that the granddaughter’s POA was a limited, not a general, power because it wasn’t exercisable in favor of the granddaughter, her creditors, her estate, or the creditors of her estate, the PLR noted that the Treasury Regulations contain a special rule for determining if the release, exercise or lapse of a limited POA will be treated as an addition to a trust.4 The rule has two requirements: 1) that the POA in question is one created in a trust that isn’t subject to GST tax, and 2) an exercise doesn’t postpone or suspend vesting, absolute ownership or the power of alienation of an interest in property for a period, measured from the date of creation of the trust plus a period of 21 years, plus, if necessary, a reasonable period of gestation.5

The ruling further refers to a close-to-on-point example in the regulations, in which a beneficiary has a POA under a grandfathered trust to appoint assets in further trust, to illustrate the rule.6 In the example, the exercise of the power isn’t a constructive addition to either trust and doesn’t subject distributions from the second trust to GST tax, because it doesn’t suspend the vesting, absolute ownership or the power of alienation of an interest in property for a period beyond a life in being (at the creation of the first trust) plus 21 years.7 Interestingly, the IRS adds that “the result would have been the same” if the receiving trust in the example had been created after the effective date of the GST tax.

The PLR notes that, in this case, the Granddaughter’s POA meets the first requirement of the rule, because it was created under a trust agreement that wasn’t subject to GST tax.  Further, the second requirement was met because Trust B’s perpetuities provision was the same as Trust A’s, such that the exercise of the power wouldn’t postpone or suspend the vesting, absolute ownership or power of alienation of any interest in the trust property for period measured from the creation of Trust A, plus 21 years.  In other words, because Trust A and Trust B had identical perpetuities periods, the trust property wouldn’t be in trust any longer under Trust B than it would have been under Trust A.  As a result, the IRS ruled that the granddaughter’s exercise of her POA wouldn’t be a constructive addition to either trust and wouldn’t subject Trust B to the GST tax.

The ruling went on to note that the creation of limited POA held by the great grandson under Trust B, which he could exercise in further trust, also wouldn’t cause any GST tax issues.  This was the case because of the provision of Trust B which would require any further trusts created under the terms of Trust B (in other words, in this case, any trust created by the great grandson in exercising his power) to terminate at a date no later than the original perpetuities provision in Trust A.  This type of broadening of the beneficial class is supported by common law and/or statute in a number of jurisdictions and provides a powerful tool for restructuring unsuitable trusts.  Under this rule, when property could be appointed to a person outright, the powerholder may create a power in that person to distribute to whomever he pleases, without regard to the class of persons to whom the powerholder could appoint.

Restructuring of Trusts Made Easier

While this PLR comes with the standard warning that it is directed only to the taxpayer who requested it and can’t be used as precedent, it should, nonetheless, be a welcome result for those practitioners looking to create more modern, flexible trusts from trust property held under older documents, while not imperiling the resulting trust’s GST tax status.  First, the PLR clearly appears to stand for the proposition that when a new trust is being funded via the exercise of a limited POA, the resulting trust shouldn’t be subject to GST tax as long as the new trust follows the applicable regulation on point and cuts back its perpetuities period to match that of the grandfathered trust.  Second, the PLR also seems to indicate that a new, more modern trust can differ from the original grandfathered trust in some fairly fundamental ways, through the inclusion of new current beneficiaries and the creation of new limited POAs with a broader class of possible appointees, without subjecting the new trust to GST tax.

5. Treas. Regs. Section 26.2601-1(b)(1)(v)(B).  The regulation goes on to note that for these purposes, an exercise of a power of appointment that doesn’t suspend vesting for 90 years measured from the date of the creation of the trust won’t be considered an exercise that delays vesting beyond the perpetuities period.