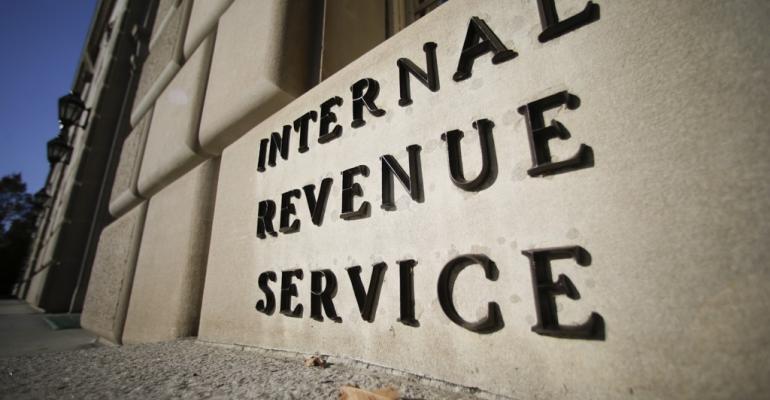 Many of the campaigns target international taxpayers and financial institutions.

The Internal Revenue Service Large Business and International Division announced on Nov. 3, 2017 the identification and selection of 11 new compliance campaigns, in addition to 13 already announced at the beginning of 2017. Compliance campaigns are areas identified for specific review and enforcement efforts, including but in many cases not limited to examinations of taxpayer filings.

Many of these new campaigns will directly impact U.S.-resident individuals and corporations with international tax issues, and some will impact non-U.S. corporations, including financial institutions, with U.S. tax and reporting obligations. Among the areas recently identified include compliance of taxpayers with accounts identified under the Swiss Bank Program.

LB&I had announced the rollout of its first 13 campaigns to be implemented on Jan. 31, 2017. With this latest announcement, LB&I continues to focus on issue-based examinations and a compliance campaign process where the IRS decides which compliance issues are deemed to present a risk. The IRS will then focus on these issues in the form of one or multiple so-called “treatment streams” to achieve its compliance objectives. This approach makes targeted use of IRS knowledge and deploys its resources to address these specific issues.

The recently identified issues affect both individuals and corporations, including many financial institutions that incur U.S. tax and reporting obligations as intermediaries or withholding agents for payments. The IRS may address each issue through a variety of treatment streams, including examination of taxpayers’ filed tax returns.

Individual U.S. taxpayers who meet certain requirements may qualify for the foreign earned income exclusion and/or the foreign housing exclusion or deduction. Generally, this exclusion applies to U.S. citizens or residents living abroad and whose tax home is in another country. Further, such individuals must meet either a bona fide resident test or be present in the other country during at least 330 days in a consecutive 12-month period. This campaign addresses taxpayers who have claimed these benefits but don’t meet the requirements.

This campaign is intended to verify the amount of withholding tax credits, and the election of a refund/credit claimed on Form 1040NR (U.S. Nonresident Alien Tax Return) by non-U.S. taxpayers with U.S.-sourced income. The campaign is also intended to address whether the taxpayer has properly reported the income reflected on Form 1042-S (Foreign Person’s U.S. Source Income Subject to Withholding), which is required to be filed by the non-U.S. financial institution reporting the payment of such income. Before a refund is issued or credit allowed, the IRS will verify the withholding credits reported on Form 1042-S.

Individual U.S. taxpayers may file Form 1116 to claim a credit against U.S. income tax for the amount of foreign income taxes paid on foreign source income, which serves to reduce their U.S. income tax liability. This campaign addresses taxpayer compliance with the computation of the foreign tax credit limitation on Form 1116. Due to the complexity of computing the Foreign Tax Credit and challenges associated with third-party reporting information, some taxpayers may claim an incorrect Foreign Tax Credit amount.

This campaign is designed to verify refund claims made on Form 1120-F (U.S. Income Tax Return of a Foreign Corporation) in connection with U.S. income tax withheld at source. To make a claim for refund or to elect to credit the withheld tax as estimated tax paid with respect to any tax withheld under U.S. source income or the Foreign Account Tax Compliance Act’s withholding rules, a foreign entity must file a Form 1120-F. Before a refund claim is paid or credit is granted, the IRS must verify that withholding agents have filed the required returns with respect to the tax withheld. This campaign focuses on verification of the withholding credits before the claim for refund or credit is allowed.

Domestic corporate taxpayers may elect to take a Foreign Tax Credit for foreign taxes paid or accrued instead of a deduction. The goal of the Corporate Direct FTC campaign is to improve the selection of corporate tax returns that claim a direct FTC for examination, as well as the issues reviewed during such examination, and the utilization of IRS resources in connection with examination of these returns. This campaign will focus on taxpayers who are in an excess limitation position (where foreign tax rates are lower than U.S. tax rates). The IRS has further announced that this is the first of several FTC campaigns. Future FTC campaigns may address indirect credits and FTC limitation issues.

If a Controlled Foreign Corporation makes a loan to its U.S. parent corporation, U.S. tax law generally requires that the USP include in its income an amount equal to the loan amount. This campaign focuses on situations where a CFC loans funds to a USP, but the USP does not include the amount of the loan in its income. The goal of this campaign is to determine to what extent taxpayers are utilizing cash-pooling arrangements and other strategies to improperly avoid the tax consequences of this income inclusion requirement.

In the era of FATCA, Common Reporting Standard and Country-by-Country Reporting, the automatic exchange of information will continue to allow tax authorities to focus on more targeted international compliance goals using the account and payment information now available. In addition, the IRS will continue to leverage its information from the Qualifying Individual Program, the Swiss Bank Program and other targeted enforcement efforts. Both individual and corporate taxpayers, including financial institutions subject to intermediary and withholding agent requirements, should take note of these and other existing IRS enforcement initiatives, and in all cases ensure careful compliance with their information reporting and tax obligations.