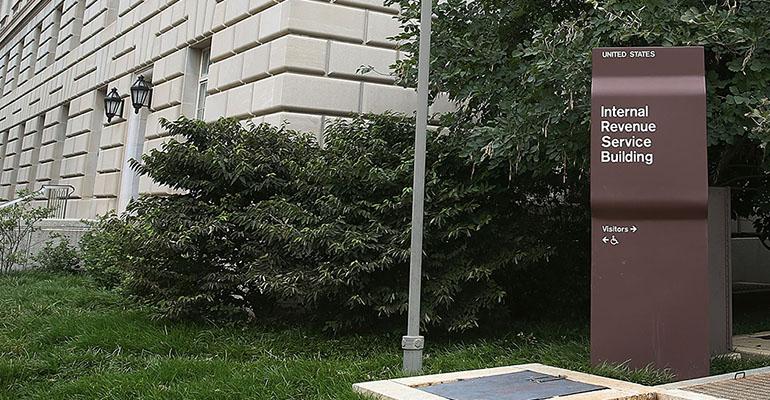 The 2017 Tax Cuts and Jobs Act introduced Internal Revenue Code Section 67(g), which temporarily disallows miscellaneous itemized deductions until Jan. 1, 2026. Some commentators expressed concerns that IRC Section 67(g)’s disallowance of itemized deductions would include certain expenses of trust and estate administration allowed under Section 67(e), while many commentators took the position that Section 67(g) wouldn’t have a bearing on these expenses. On July 13, 2018, the Internal Revenue Service and the Treasury Department issued Notice 2018-61, which confirms that Section 67(e) expenses remain deductible in determining the adjusted gross income of a non-grantor trust or estate during the taxable years to which Section 67(g) applies. The Notice also acknowledges a more complicated issue—whether a beneficiary may deduct Section 67(e) expenses on the termination of a non-grantor trust or estate pursuant to IRC Section 642(h)(2). The IRS and Treasury have announced that they intend to issue regulations pertaining to this issue as well and have requested comments.

After the enactment of Section 67(g), some expressed concern as to whether Section 67(g) eliminated the ability of estates and non-grantor trusts to deduct Section 67(e) expenses. The outcome of this question depends on whether these expenses should be categorized as miscellaneous itemized deductions that fall within Section 67(g). Section 67(e) provides that the computation of AGI for estates and non-grantor trusts will generally be computed in the same manner as that of an individual, except that: (1) deductions for costs paid or incurred in connection with the administration of an estate or trust that wouldn’t have been incurred had the property not been held in such estate or trust are allowable, and (2) deductions allowable under Sections 642(b), 651 and 661 are allowable in arriving at AGI. The latter category, as deductions allowable in arriving at AGI, don't fall within the definition of itemized deductions. The uncertainty focuses on the deductibility of Section 67(e)(1) expenses. The ambiguity may have been furthered by the characterization of Section 67(e)—including under Treasury Regulations Section 1.67-4(a)—as “an exception” to the requirement under Section 67(a) that miscellaneous itemized deductions are allowable only to the extent that they exceed the 2 percent AGI floor, suggesting to some commentators that these expenses should be categorized as miscellaneous itemized deductions.

Section 642(h) permits beneficiaries receiving property of a terminating non-grantor trust or estate to deduct unused net operating loss carryovers and unused capital loss carryovers, as well as the trust’s deductions in excess of gross income in its final taxable year, on their individual returns.

Notice 2018-61 provides needed and clear guidance regarding the operation of Section 67(g). While additional questions remain outstanding relating to the deductibility of Section 67(e) expenses included as Section 642(h)(2) excess deductions, it’s very encouraging that the IRS is examining this issue further. The forthcoming proposed regulations will bring additional clarity to this area, although practitioners will need to wait for additional guidance following the submission of comments on the treatment of 67(e) expenses on estate or trust termination. Notice 2018-61 may be relied on for taxable years beginning after Dec. 31, 2017 on points relating to the continued deductibility of those deductions enumerated in Sections 67(b) and 67(e).