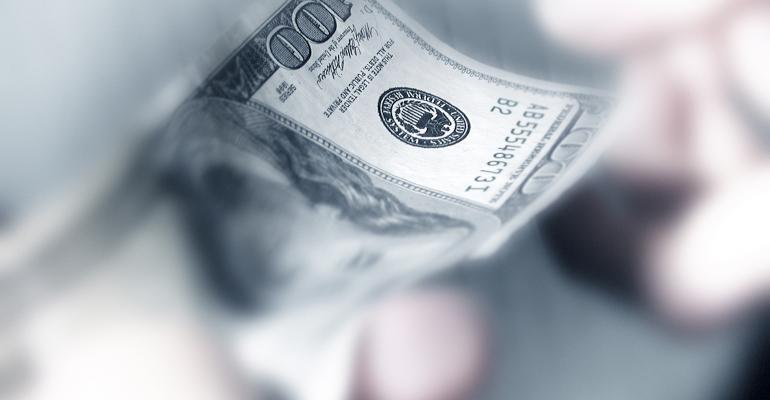 IRA Goes From Estate to Inherited IRAs With Individual Beneficiaries

The IRA owner died after her required beginning date (RBD). She was unmarried at the time of her death but was survived by children. The IRA owner’s estate was the sole beneficiary of her IRA and, pursuant to the IRA owner’s last will and testament, the residuary estate, including the IRA, passed to a trust. The trust was to be divided and distributed outright equally to the children. The trustee proposed to transfer, via trustee-to-trustee transfer, each of the children’s respective interests in the IRA into an inherited IRA for the benefit of such child.

Estate or Trust as Beneficiary

If an IRA is payable to a trust that qualifies as a designated beneficiary under the Internal Revenue Code Section 401(a)(9) regulations, the IRA will, with some exceptions, be distributed under the new 10-year rule created by the Setting Every Community Up for Retirement Enhancement Act. An estate can’t be a designated beneficiary because it doesn’t have a quantifiable life expectancy (Treasury Regulations Section 1.401(a)(9)-4, Q&A 3). Accordingly, if an estate is named as beneficiary of an IRA, distributions must be taken out pursuant to the five-year rule if the IRA owner died before his RBD. (Generally, the RBD is April 1 of the year following the year the owner reaches age 72. IRC Section 401(a)(9)(C)). Under this rule, the IRA must be completely distributed by Dec. 31 of the year containing the fifth anniversary of the IRA owner’s death. If the IRA owner died after his RBD and an estate is named as beneficiary, distributions can be taken out over the life expectancy of the deceased IRA owner.

But what happens if, under the terms of the governing instrument, the estate or trust distributes outright to the beneficiaries? Must the fiduciary forgo the ability to stretch out required minimum distributions (RMDs) to the extent allowed under the IRC to facilitate the outright distributions? Following is an example of the dilemma faced by fiduciaries in such a situation.

Example: Linda dies in 2020 before her RBD and, because she failed to name a beneficiary, her estate is the beneficiary. Linda’s will provides that her estate passes outright to her grandson, Devin. Because an estate isn’t a qualified designated beneficiary, the five-year rule applies for RMD purposes. As a result, the IRA must be completely distributed by Dec. 31, 2025. If the personal representative isn’t allowed to transfer the IRA to an inherited IRA for the benefit of Devin, the personal representative would be forced to choose between: (1) liquidating the IRA and distributing the cash to Devin, less the ordinary income tax liability for the distribution, or (2) keeping the estate open for five years to take advantage of the longest available stretch out.

Fortunately, fiduciaries shouldn’t be forced into the two unfavorable choices faced by the personal representative in the example. Instead, fiduciaries have been allowed to transfer an IRA to an inherited IRA for the benefit of trust or estate beneficiaries without any adverse tax consequences, thereby allowing the termination of the estate or trust.

IRC Section 408(d)(1) states that, except as otherwise provided, any amount paid or distributed out of an IRA is included in gross income by the payee. Section 408(d)(3)(A)(i), however, provides that such amount isn’t includible in gross income if the entire amount received is paid into another IRA for the benefit of such individual not later than 60 days after receipt of the payment or distribution. The 60-day rollover exception doesn’t, however, apply to an inherited IRA. An IRA is an inherited IRA if the individual for whose benefit the IRA is maintained acquires it by reason of the death of another individual, and the acquiring individual isn’t the surviving spouse of the deceased individual. For example, if a brother inherits an IRA from his sister, the brother can’t request a distribution check from the inherited IRA and then perform a 60- day rollover into another inherited IRA.

Although indirect rollovers aren’t allowed, direct rollovers, or trustee-to-trustee transfers, are permissible. Under Revenue Ruling 78-406, the direct transfer of funds from one IRA trustee to another IRA trustee doesn’t constitute a payment or distribution to the participant and isn’t a rollover contribution. In this revenue ruling, advice was requested as to whether a transfer of the funds in a participant's IRA from the IRA trustee to a new IRA trustee results in a distribution includible in the gross income of the participant. Therefore, in our example in the prior paragraph, the brother could direct the IRA he inherited from his sister be transferred via trustee-to-trustee transfer to an inherited IRA for his benefit.

This ruling aligns with a number of other PLRs the IRS has previously issued allowing an estate or trust fiduciary to transfer an IRA to an inherited IRA for the benefit of the estate or trust beneficiaries. In PLR 201430022 (July 25, 2014), for example, the decedent established a trust that he named as primary beneficiary of his IRA. The trust provided that, after certain specific distributions were satisfied, the balance of the trust was to be distributed to a number of individual beneficiaries. The trustee of the trust proposed to divide the IRA via trustee-to-trustee transfers into inherited IRAs, one for the benefit of each of the trust beneficiaries, each in the name of the decedent. The IRS ruled that the division of the IRA by means of trustee-to-trustee transfers into the Inherited IRAs wouldn’t result in taxable distributions or payments under IRC Section 408(d)(1) and would not constitute a transfer causing inclusion in the gross income of the trust or the beneficiaries under IRC Section 691(a)(2). A similar conclusion was reached in PLRs 201241017 (Oct. 12, 2012), 201210047 (March 9, 2012) and 201038019 (Sept. 24, 2010).

The majority of the PLRs on this subject, including PLR 202031007, cite Rev. Rul. 78-406, which states that the direct transfer of funds from one IRA trustee to another IRA trustee doesn’t constitute a payment or distribution to a participant, payee or distributee. The revenue ruling stated that in the absence of payment or distribution, a trustee-to-trustee transfer wouldn’t be a rollover contribution described in Section 408(d)(3)(A) because the funds aren’t within the direct control and use of the participant. This conclusion applied whether the bank trustee initiates or the IRA participant directs the transfer of funds. In a number of the PLRs, the IRS stated that Rev. Rul. 78-406 is applicable if the trustee-to-trustee transfer is directed by the beneficiary of an IRA after the death of the IRA owner as long as the transferee IRA is set up and maintained in the name of the deceased IRA owner for the benefit of the beneficiary. The IRS has further stated that the beneficiary accomplishing such a post-death trustee-to-trustee transfer needn’t be the surviving spouse of a deceased IRA holder. While PLRs can’t be used or cited as precedent, they do provide important insight as to the IRS’ interpretation of the law.

When a non-spouse is the beneficiary, it’s important for the IRA to be titled properly because the failure to do so could lead to a deemed distribution. As indicated in Revenue Procedure 89-52, in completing a Form 5498, the IRA trustee must state the name of the present holder of the IRA and continue to identify the prior owner. Therefore, the account should be titled as an IRA in the name of the deceased owner for the benefit of the beneficiary. (See also Notice 2007-7.) For example, “Alexander Smith, deceased, IRA for the benefit of Nicholas Smith.” The account should also use the Social Security number of the beneficiary for tax reporting purposes. It’s worth noting that the inherited IRA shouldn’t be combined with the beneficiary’s own contributory IRA. Doing so would be considered a distribution from the transferred inherited IRA and an excess contribution to the receiving contributory IRA.

Despite the fact that there’s support under the law for allowing these direct transfers and that the IRS continues to allow such transfers in PLRs, practitioners frequently run into problems when attempting to effectuate these transactions with the willingness of the IRA custodian to cooperate. While obtaining a PLR from the IRS is the safest course to take, the IRS user fee makes it cost prohibitive in some situations. Some practitioners have also had success with custodians accepting an opinion letter that such a transaction is acceptable and won’t cause a taxable distribution. If the custodian still refuses to cooperate, it’s generally recommended the IRA be moved to a more flexible custodian who’s comfortable agreeing to the in-kind transfer and consequently allowing the closure of the estate or trust.