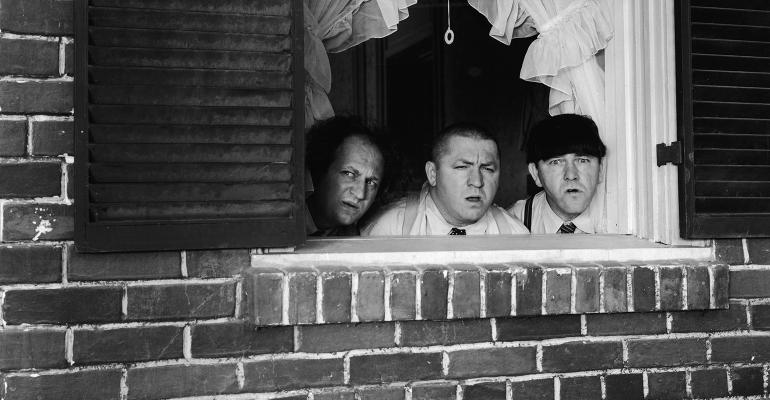 The Intersection of Choice of Entity and Estate Planning

Look down field before converting pass-throughs to C corporations.

The Tax Cuts and Jobs Act reduced the income tax rate for C corporations from 35 percent to 21 percent in 2018. No sooner was the ink dry on the new law before owners of pass-through entities began to work with their advisors to determine if it made sense to convert their entities to C corps. As is often the case with sophisticated tax planning, conversion of a pass-though, whether an S corporation, limited liability company or partnership, to a C corp is a multi-faceted prospect. That’s because, for among other reasons, the owners of these entities are often wealthy individuals who’ve done or are considering doing wealth transfer planning with their entities. And some of the most popular planning techniques they use, including those for providing liquidity for estate taxes, can be far more gift, and sometimes income, tax-efficient if the entity is a pass-through rather than a C corp. Let’s take a look.

Assume for the moment that as part of their estate and business succession planning, Larry, Moe and Curly, respectively, used these three planning techniques. They each own stock or an interest in an entity taxed as a pass-through entity.

Larry transferred a 49 percent interest in the entity to an irrevocable trust that’s an Intentionally Defective Grantor Trust. The objective of this gift to the trust is to remove any subsequent appreciation in the value of the entity from Larry’s taxable estate. This type of transfer is commonly made to an IDGT because, while the transfer will be “effective” to remove the asset from the transferor’s estate, it will be purposefully “defective” from an income tax standpoint because the trust will be disregarded as a separate taxpayer, and the transferor (Larry) will still be taxable on the trust’s net income and net capital gains (or benefit by the net losses). Under current law, Larry’s payment of the income tax on the income and gains recognized by the trust isn’t a gift for transfer tax purposes. Therefore, the trust is able to grow that much faster because it doesn’t have to pay its own income taxes. Incidentally, if Larry’s company is an S corp, the IDGT’s status as a grantor trust assures that it’s an eligible S shareholder.

The entity generally limits distributions to whatever is necessary to cover the income taxes attributable to the shares. Although the distributions from the entity to cover income taxes are paid to the trust, the grantor status of the trust causes the income to be taxed to Larry. Therefore, these funds are retained by the trust as Larry himself pays the taxes. Larry’s payment of the taxes aren’t gifts under current law. He likes the IDGT because, in addition to transferring appreciation above the gift tax value of the interest, he’s reducing his estate by the gift-tax free payment of the income tax on the distributions made to the trust. And, with that excess cash flow, the IDGT is investing in a diversified portfolio, which addresses one of Larry’s long-term objectives.

Moe established a 5-year Grantor Retained Annuity Trust just last year and funded it with an interest in his entity. The GRAT will owe Moe an annual annuity for the 5-year term equal to the initial value of the transfer to the GRAT, plus an interest rate factor prescribed by the Internal Revenue Service at inception. The GRAT is an IDGT so, similar to Larry, Moe personally pays the taxes attributable to any distributions made to the GRAT (as well as any other net income recognized by the GRAT). Therefore, the entity’s tax distributions go a long way to funding the GRAT’s annuity payments. To the extent that the GRAT can’t cover an annuity payment with cash from the entity, it pays Moe back in (discounted) interests.

Interest Sold in Exchange for Note

Curly seeded an IDGT a couple of years ago with a relatively small gift of cash and then sold a minority interest in his entity to the IDGT in exchange for a 9-year note that pays interest only with a balloon principal payment due in the final year. The IDGT is easily able to handle the interest payments from the entity’s distributions.

Larry, Moe and Curly attend a presentation on choice of entity after the Act. They’re intrigued by the fact that, on conversion of their pass-through entities to C corps, the company’s annual income tax bill would drop significantly. They are, however, troubled by the loss of the cash flow from the tax distributions. In Larry’s case, the IDGT will no longer have the funds to diversify the family’s portfolio as well as its net worth. In Moe’s case, loss of the distributions would be very problematic because now the GRAT will have to pay the annual annuity almost entirely with interests in the entity, which is expensive because of the required annual valuations and being administratively cumbersome. In Curly’s case, the loss of the cash flow from distributions would be less problematic than for Moe, but it’s pretty clear that when the time for the final payment arrives, the IDGT will be paying the principal with discounted interests in the entity, not cash as he’d hoped.

How to Alleviate Concerns

So, the three individuals ask you what they might consider doing to alleviate their concerns. Here are some ideas:

The questions and issues posed here can by no means anticipate all of those that could arise if a pass-through entity owned by an IDGT is converted to a C corp. For example, the IDGT could very well be doing double duty as an Irrevocable Life Insurance Trust or be pressed into service in that capacity in the future. The notion of an ILIT as a grantor trust can make a lot of sense if the grantor/insured will transfer (or sell) income-producing assets to it. After all, every dollar of premium that the ILIT can pay with its own cash is a dollar of taxable gift the grantor doesn’t have to make. This approach to planning with an IDGT/ILIT gets a certain multiplier effect if that income-producing asset is a pass-through entity, with robust distributions giving the trust what’s essentially tax-free cash flow to pay those premiums or service a loan under a split-dollar arrangement.

Another consideration with regard to an entity owner’s life insurance planning is that, with increasing frequency these days, individual are migrating policies to trusts or from one trust to another. In many cases, the principal tax issue isn’t gift or estate, it’s income tax. That’s because much of that policy migration is made by way of sales to the trusts rather than gifts. And if a sale is involved, so is the transfer for value rule under Internal Revenue Code Section 101(a)(2). Absent an exception to the rule, a portion of the policy’s death benefit will be taxable. Fortunately, a transfer to a trust that’s a grantor trust as to the insured is an exception, and the proceeds will remain tax-free. But if or when the trust isn’t a grantor trust, perhaps because that status was toggled off after a GRAT term or after a note was repaid in a sale to IDGT transaction, an insurance transaction with that trust will invoke the transfer-for-value rule. The most commonly used exception to the rule is the partnership exception, which involves the trust being a partner of the insured. If the trust owns an interest in a partnership or LLC in which the grantor/insured is also a partner or member, then the exception is satisfied. That’s why we so often see individuals scrambling to make their ILITs partners in a partnership before they reposition policies.

Although the discussion above contemplates a full conversion (which may be the only option for many S corps), it should be noted that entities taxed as partnerships may have the opportunity to partially convert. This is primarily because, unlike S corps, a partnership may be owned by a corporate entity. In this scenario, instead of the entity itself converting, certain individual owners place their interests into a C corp holding entity, with the IDGT or GRAT owners retaining a direct interest in the partnership. The structure may allow the trust to continue to receive some or all of the benefits of pass-through ownership.

Any individual who’s considering converting from pass-through to C corp status has much more to consider and over a much longer timeline than any initial cash flow analysis is likely to address. This conversion analysis shouldn’t ignore estate and transfer tax planning possibilities and ramifications, including life insurance issues.

Charles Ratner is a Senior Director, Ed Decker is a Partner and Nick Passini is Senior Manager, all at RSM US LLP.