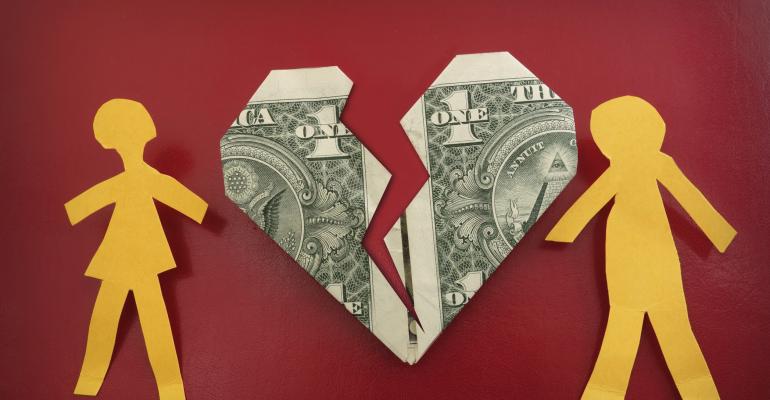 On Aug. 27, 2015, the Massachusetts Appeals Court held in Pfannenstiehl v. Pfannenstiehl, Nos. 13-P-906, 13-P-686, & 13-P-1385, 2015 Mass App. LEXIS 123, that a husband’s interest in an irrevocable trust with an ascertainable standard is a “vested beneficial interest subject to inclusion in the marital estate.” This is a significant decision that could impact the way in which estate planning practitioners in Massachusetts draft estate plans for clients concerned about divorce protection.

At issue in the case is an irrevocable trust established by the husband’s father for the benefit of the husband and his siblings, as well as their children. The trust contains an ascertainable standard, which obligates the trustees to make distributions of income and principal  “to provide for the comfortable support, health, maintenance, welfare and education of [the beneficiaries].” The trust also contains a spendthrift clause, which prohibits the assignment or attachment of trust assets to creditors of any beneficiary.

On appeal, the husband contended that he didn’t have a  “present, enforceable right” because the trustees could refuse (and indeed had refused) to make distributions to him pursuant to the trust's ascertainable standard.  He also argued that the existence of a spendthrift clause rendered his interest in the trust incapable of division as marital property.    The appeals court affirmed the trial court’s decision that the husband’s interest in the trust constituted marital property subject to division pursuant to G.L. c. 208, Section 34. Specifically, the court held that the trust’s ascertainable standard gave the husband a “present enforceable right to distributions from the 2004 trust” because the trustees of the trust “were obligated to, and actually did, distribute the trust assets to the beneficiaries, including the husband, for such things as comfortable support, health, maintenance, welfare, and education.”  Therefore, the court held,  “the ascertainable standard embedded in the 2004 trust, the enforceability of that standard for distributions to the husband, and the vested nature of the husband’s interest in the 2004 trust warranted the [trial court] judge in including the 2004 trust in the marital estate.”

In reaching this conclusion, the court weighed heavily the parties’ reliance on the trust distributions, emphasizing that the distributions  “were woven into the fabric of the marriage” and  “were integral to the family unit.”    Relying on settled trust law, the court rejected the husband’s argument that the presence of a spendthrift clause shielded his trust interest from being included in the marital estate.  In fact, the court opined that the “spendthrift provision is being invoked [by the husband] as a subterfuge to mask the husband's income stream and thwart the division of the marital estate in divorce,” and that the  “spendthrift scheme...is virtually empty of purpose except as a form of insulation to inclusion and valuation in the divorce process.”  While the appeals court held (as it has in the past) that the presence of a spendthrift provision doesn’t preclude inclusion of a trust interest in the marital estate, the court didn’t hold that trustees of an irrevocable trust can be ordered to make distributions directly to the non-beneficiary divorcing spouse.    Lastly, the court affirmed the trial court’s award of attorneys’ fees to the wife, although neither the trial court nor the appeals court held that the award of attorneys’ fees need be paid from the trust assets.